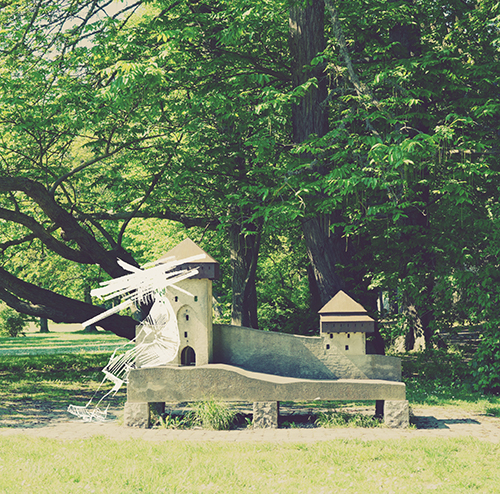 Lots of great Japanese music comes out every week, but keeping track of it all is a tough task. The folks at OTAQUEST want to help. In this series, we’ll cover new Japanese music highlights from various areas of the industry over the past seven days worth your time. This week: intricate story-pop accessible for even though with no clue what’s going on, zoned-out indie-rock, and fleshed-out vaporwave.

The songs Vocaloid producer n-buna and vocalist suis make under the name Yorushika tell a story. Dig into social media or message boards, and you’ll soon learn that their numbers fit together like puzzle pieces, each adding new information to a larger story that has pulled in many fans. Elma, their second full-length album of 2019, shines even if you don’t know the first thing about this plot. This set of songs moves from swift folk-pop numbers topped off by suis’ clever approach to lyrics — while they focus on familiar feelings of longing and love, she offers up far more interesting metaphors and details that really flesh out the in-song narrative — to interludes of chill-out tracks bordering on lo-fi hip-hop. It’s just the right balance of smarts and catchiness, creating dazzling numbers in a pop-ready package. Details of characters and past events might be fun, but don’t be intimidated to jump into the world of Elma. Listen above.

Looking back on the decade that was is going to become a common pastime in the months to come, as everyone preps to remember the past ten years in their own special way. Japanese indie-pop project Boys Age deserves to be part of the retrospectives when it comes to the nation’s musical output during the 2010s. The group plays blazed-out songs that move in half time, sung by a vocalist with a delivery that can positively be compared to that of a Muppet. Some of their songs simply zone out, others mutate into psych-rock blowouts. They also happen to be one of the more prolific outfits of the period, so best-of compilations like this — their second, following a 2018 sampler — offers a great entry into their weird world. Get it here, or listen above.

The internet can still be a safe space for left-field electronic musicians to share their work. Japan’s New Masterpiece label has been one of the country’s finest online destinations for “internet music,” ranging from local takes on vaporwave to entire compilations built around anecdotes Diplo shared in interviews. Museum,Zoo,Station is their latest biggie-sized offering, and it brings together a mix of Japanese and international producers dabbling in everything from glitchy sample kaleidoscopes to future funk to heart wrenching skitter tunes. All of it is shaped by Web-born styles, but with everyone involved offering up their own take on it, and reminding of how much creativity exists in the digital ether if you poke around a bit. Get it here, or listen above.

Producer TOYOHIRAKUMIN has been one of the standout names in Japanese vaporwave over the last few years, digging in to a feeling of comforting nostalgia and slight subversion via their syrupy electronic numbers. For BIARD LAND, they team up with COLORFUL INTONATION to flesh out the internet-centric microgenre into something a bit different. While plenty of samples and zonked-out tempos appear, this set leans heavily on actual instrumentation. That gives this one a new texture, and reveals new layers to the producer’s music. Get it here, or listen above.