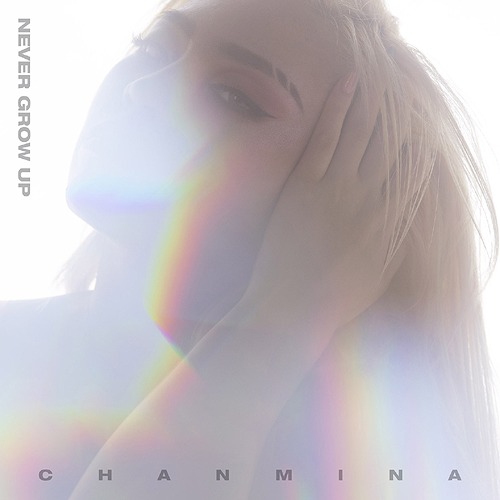 Lots of great Japanese music comes out every week, but keeping track of it all is a tough task. The folks at OTAQUEST want to help. In this series, we’ll cover new Japanese music highlights from various areas of the industry over the past seven days worth your time. This week: confidence and vulnerability balanced just right, mellow hip-hop with a tender heart, and some left-field music that challenges what classification even means.

Confidence doesn’t come easy, and getting it doesn’t erase the doubts lurking beneath. Rapper Chanmina grabbed attention early on in her career for big, brash numbers full of fuck-you energy. Yet the defining characteristic of her latest and finest album Never Grow Up is how she balances out moments of pure swagger such as “My Lane” and “I’m A Pop” with moments of vulnerability. Chanmina approaches whisper rap on the eyes-down “Yesterday” and tip-toes towards balladry on “Pain Is Beauty.” This dichotomy also shows up in the sound of Never Grow Up, split between off-season trop-house beats conveying loneliness on numbers such as “Call” to punchier trap-influenced backdrops. There are layers across this, and Chanmina thrives within all of them. Listen above.

Sadness is starting to become the trend for Japanese rap, and few do downtrodden better than Gokou Kuyt. On their first proper release, they refine their sing-song-flow approach to create four songs about complicated feelings set against twinkling productions. It isn’t all diary entries turned into rap numbers — Gokou Kuyt picks up the pace on the jaunty “Nakano Broadway,” which not only gives love to a corner of Tokyo otaku culture often overshadowed by Akihabara, but does so with a bouncy number — but they seem most comfortable reflecting over pensive piano melodies on something like “Cinderella.” Listen above.

Three artists representing some of the most exciting electronic collectives in Asia have come together for a special release that finds all involved bouncing ideas off of one another to create something special. Bordering Practice brings together Japan’s PARKGOLF with the Philippines’ similarobjects and Indonesia’s Mantra Vutura for three tracks featuring all of the above working together. Sometimes the resulting music is relaxing, and other times it approaches breakneck, but it’s always fascinating while also being a testament to musical exchange between countries. Read our original post, or listen above.

Trying to pinpoint just what Haruko Tajima is all about proves to be a difficult task. She has been kicking around the underground since 2015, releasing music that refuses to fall into one single genre. Her latest album kawaiiresist continues to challenge the idea of classification. Here, she mostly raps, but in a wonkier way than most. She runs her voice through all kinds of manipulation, and raps over fractured beats that sound like they were generated by a possessed iMac. Tajima also ventures into speedy pop on “Astral Gal” and offers her interpretation of “future bass” on the ode to micro-video platforms “TikTok Angels.” Get it here, or listen above.