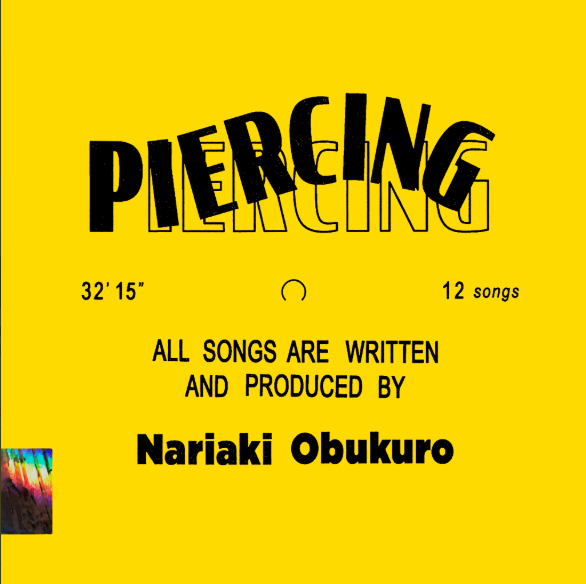 Lots of great Japanese music comes out every week, but keeping track of it all is a tough task. The folks at OTAQUEST want to help. In this series, we’ll cover new Japanese music highlights from various areas of the industry over the past seven days worth your time. This week: an artist synthesizing myriad influences into a vision all their own, a rock trio effortlessly moving from serious to silly, and an idol group continuing to find new angles to their sound.

Pop culture currently revolves around the idea of curation. From streaming playlists to Instagram-recced products — or even a site like Otaquest, more specifically an article like this where one person points you to things I think are great — everything is about highlighting and stacking Tetris-like art into something that could contribute to a greater aesthetic. This has trickled down into how music actually gets made, with artists borrowing bits and pieces of sonic ideas from all over the map. The concept of genre seems sort of ridiculous at this point where fences have just been pushed over. In all this open space, a few great ideas have emerged, but plenty of drek too.

Piercing stands alongside albums by the likes of Frank Ocean or Tyler, The Creator — or Japanese creators such as tofubeats or Haru Nemuri — as a golden example of how to synthesize one’s myriad interests into a unified vision all their own. Nariaki Obukuro raps, sings, brings in choirs, constructs misty ballads and plays guitar to create sparse backdrops for personal meditations. Guests step in and get the spotlight all to themselves — British artist Kenn Igbi strolls through the piano twinkles of “New Kids,” rapper 5lack gets half of closing number “Gaia” to show off his skills, while Tohji gets a whole song just to flex — but all fit in snugly in Obukuro’s world, one where he explores his own feelings with the past, present and future while creating some of the most thrilling music you’ll hear from any artist — let alone Japanese one — in 2019. Listen above.

The opening number on TAWINGS self-titled debut album is a stelly, locked-in cut concealing a sense of romantic longing that adds a nice tension throughout. The next song on this full-length is about poodles, and includes lines such as “they look like toys/ usually brown / poodles.” Here’s the dual nature of TAWINGS laid out most clearly, a group that can craft these emotionally resonant numbers that stir up all those vague feels within (“Statice,” “Suisen”) while also cooking up new wave goofballery (“Invisible,” “Dad Cry”). They tightrope these two sides of themselves just right, and place sentiments both serious and silly against some of the tighetest rock coming out of the capital in 2019. Listen above.

This week’s installment of the album round-up comes at you straight from a cozy little cafe attached to a train station in Western Tokyo, the type of place piping in a steady stream of smooth jazz to help the students doing homework and salarymen wrapping up spreadsheets (and, uhhhh, music writers trying to make deadline) feel a little better. Artist mori_de_kurasu’s Forest Room basically offers a premium take on this same experience. The seven songs here are all light and roomy, with even the beats feeling especially airy. The creator behind this can squeeze some drama out of this — ”Forest Room” features the closest thing to a release here, though even that’s pretty laid back — but overall this is one to be wrapped up in. Ideal for those looking to up their BGM game. Get it here, or listen above.

Some idol groups gleefully try out new sounds like they have access to a really fancy drink bar, while others stick to black coffee, thank you very much. Maison book girl have stuck to a very specific sonic palette since forming, one that relies on strings, xylophones and an assortment of other instruments you’d find in a high school band practice room to create dramatic and emotionally complex numbers. Latest album Umi to Uchu no Kodomotachi continues to find the quartet settled in this style — see the galloping “Kanashimi no Kodomotachi” for one excellent example of how they keep finding new angles to a familiar approach — but also sees them branching out a little bit as well (“Umibe Nite,” with its slower tempo being the best example). Yet this is more of an example of a group revealing new layers to a sound they’ve been playing with for the better part of a decade. Listen above.

SUKISHA and kiki vivi lily — Over The Rainbow

Putting out one great album in a year is a tough enough challenge for any artist. Releasing two in the span of 12 months? Rising creator kiki vivi lily can boast of doing just that thanks to her latest in 2019, Over The Rainbow. It helps that for this one, she teams up with producer SUKISHA for the entirety of the album. Together, they craft a breezy, jazzy sound that can make room for a nice bounce (“Blue In Green”) or can stretch out for more chilled-out numbers (“Rainbow Town”). They are at their best when going full Technicolor pop on “Pink Jewelery Dream,” a funk-tinged number working in vocal samples and synth glitz to create an early catalog highlight for kiki vivi lily. Add on a tofubeats remix at the end, and you have an all-around great offering. Listen above.

Hold off on Those Year-End Lists, Because Nariaki Obukuro Has a New Album on the Way; Listen to “Gaia (Outro)”