Japanese Music Highlights for the Week of Dec. 5 Featuring Tsudio Studio, iivvyy and Lucie, Too 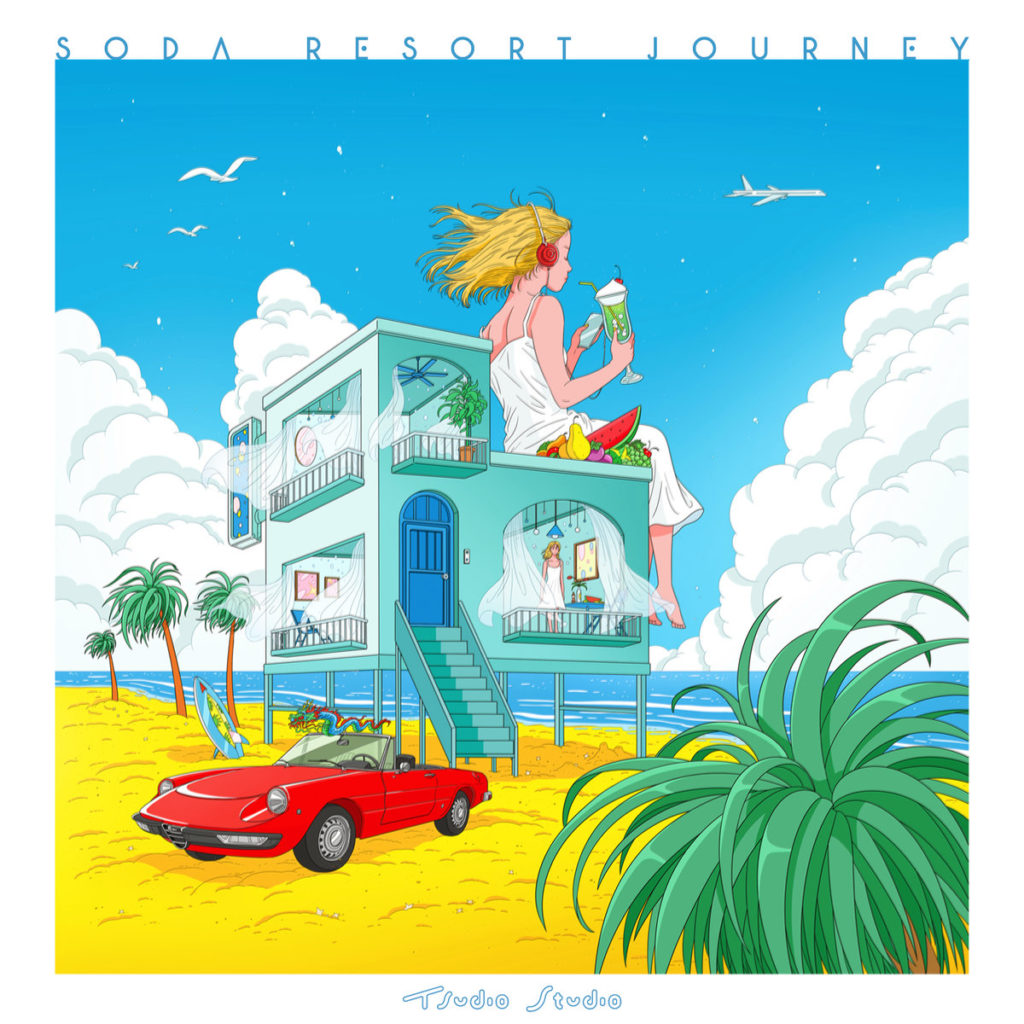 Lots of great Japanese music comes out every week, but keeping track of it all is a tough task. The folks at OTAQUEST want to help. In this series, we’ll cover new Japanese music highlights from various areas of the industry over the past seven days worth your time. This week: how to update city pop for modern times, a dancefloor pairing that finds perfect balance, and swift indie-pop wasting no time.

City pop doesn’t have to be pure artifact. The current boom in the ‘80s-centric corner of Japanese music features a heavy amount of interest seemingly revolves around a craving for the bright lights and bulging wallets of the bubble era. A fair enough longing, seeing as the realities of today aren’t quite so upbeat. Yet it can feel more like a museum piece than anything else in the wrong hands — unsurprisingly, the artists who actually existed at the time keep on doing it the best — and fantasizing about yesteryear is ultimately way less interesting than trying to move forward.

Tsudio Studio shows how city pop ideas can be updated for the 21st century all over Soda Resort Journey. Plenty of familiar elements emerge — saxophone, so much saxophone! — but it gets wrapped around Auto-tuned vocals and dizzying digital sounds resulting in glistening numbers with all the pomp and emotional lift of the neon-soaked stuff enjoying newfound attention today (and, in the case of “Homesick Iceland,” a woozy experiment in space). “Taipei Girl” and “Kiss In KIX” are funk-dappled pop numbers featuring huge choruses that never feel too indebted to the past, while “Like A Ruin” teases with a big waft of sax to open before turning into a more skittery dance-pop meditation. Here’s the technology of today being uses to find a whole new angle on a Japanese style, updating it without losing the soul. Listen above.

Surely, you are sick of hearing about “as we come to the end of the 2010s” topics…but, as we come to the end of the 2010s it remains noteworthy that Japanese rap still really hasn’t created a legit superstar helping to define the boundaries of just what makes hip-hop in this country different than in other places. KOHH came close, but his constant scurrying away from the spotlight didn’t help, while Tohji is probably a mainstream hit away from being the one. Rapper SALU, though, has come pretty close to over the past decade, and new album Gifted sounds like the MC trying to work out just what his perspective could be. It’s almost like watching the creative gears turn in real time, going from the mostly sung balladry of “FALLIN’” and “DON’T” to more active cuts such as “RAP GAME” or the pop-bathing “GOOD VIBES ONLY.” Here’s one of the more flawed sets you’ll hear from someone trying to really jump up a level, but a lot of the intrigue lies in hearing SALU stumble about. Especially since so few others are even daring enough to try failing. Listen above.

Projects bringing together two artists with established sonic palettes can be a risky endeavor. Someone has to be pushed out of the paint a bit, right? Sleek Tokyo dance project iivvyy achieves one of the better artistic splits on iivvyy EP 2, finding the rising project bringing electronic artists Kosmo Kat and HVNS nailing a balance between the prior’s vocal-centric dance-pop and the latter’s icier club tracks. The end result is a blend presenting one of the more exciting sounds coming out of the capital today. Get it here, or listen above.

Tokyo group Super VHS emerged in the early part of the 2010s when chillwave was the flavor of choice for millenials just getting used to burnout, and the songs they released at this point came coated in a haze. Theoria finds them sounding far more clean — vocals coming through clearly! bright synth melodies! actual music videos! — but critically holding on to the same slightly warped vibe that made them such an intriguing voice in the community. A half-speed stroll like “love supreme” sounds slightly toasted, while “shipbuilding” and “miracle” match some of their catchiest hooks against wonkier splashes of guitar and pitched electronics. Here’s a great example of cleaning up without sacrificing who you are. Listen above.

Don’t over think it, just let it crash into you. Utsunomiya trio Lucie, Too play swift indie-pop refusing to waste even a single second of time with a breather. New EP Chime packs a lot of briskness into just over eight minutes, with the trio offering quick blasts of rock loaded with emotional sucker punches. Even a seemingly more relaxed inclusion like “Yurayura” always moves forward without even thinking of a stop. Make every bit of available time count. Listen above.

We started with an artist who got their start on Local Visions, and let’s close out this week’s edition with another producer on the label exploring the past in ways that aren’t exercises in pure “remember this?” Electronic artist upusen’s synth-centric creations exist squarely in the realm of retrowave, but does it so well (and without necessarily referencing anything specific…just the existence of synthesizers and the feeling of melancholy for something most people probably didn’t experience). Last year’s Signal offered as a great gateway in, and new album Highland Ave. builds on the surging sound further. It’s mood music with a nice beat to it — the title track, in particular, making for an energetic penultimate cut — that elevates well beyond the Bandcamp equivalent of a pet rock. Get it here, or listen above.