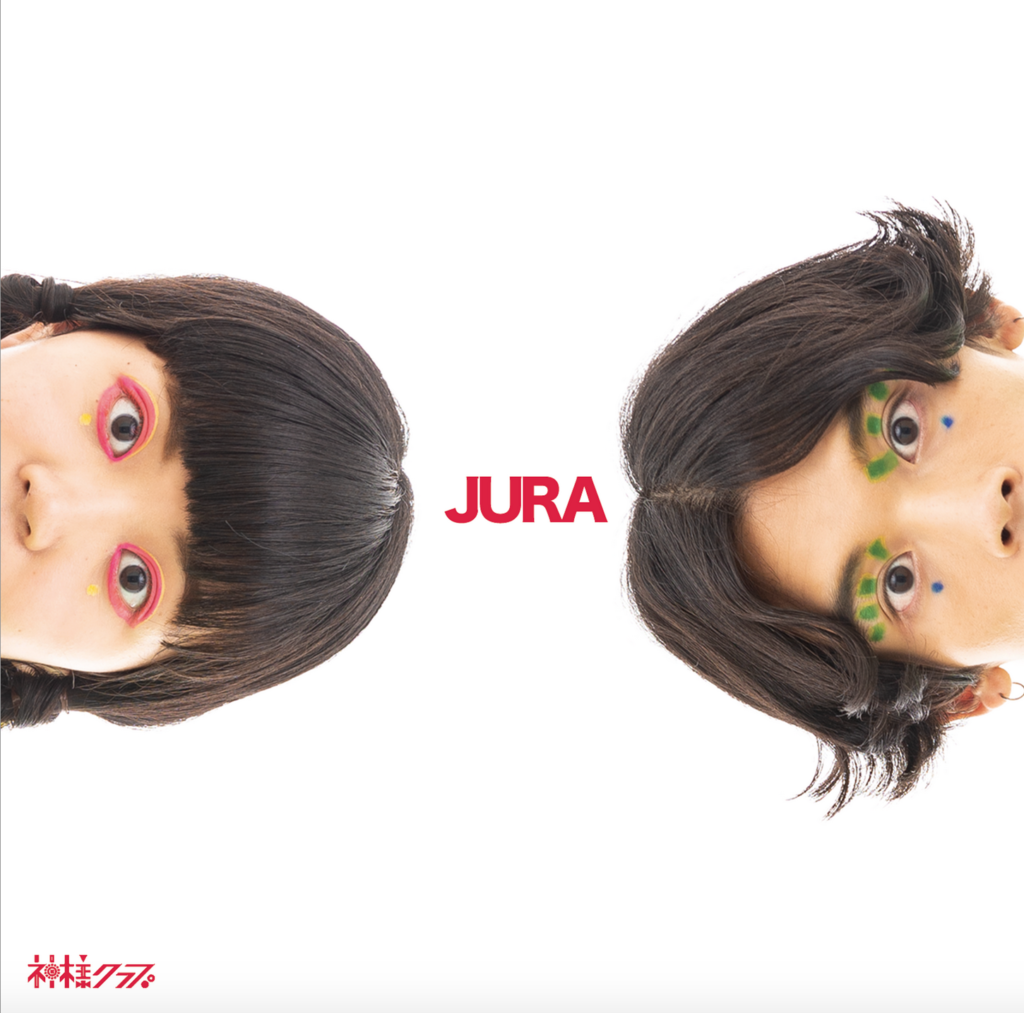 Lots of great Japanese music comes out every week, but keeping track of it all is a tough task. The folks at OTAQUEST want to help. In this series, we’ll cover new Japanese music highlights from various areas of the industry over the past seven days worth your time. This week: a stacked set of releases including a blast of musical joy, a breakthrough album highlighting a greater blossoming of a familiar community and a rapper embracing herself rather than play by other’s rules.

What comes across most clearly on multiple listens to Jura is that duo Kamisama Club just have a blast creating songs. The first full-length from the wonk peddlers connects to plenty of older music — the genre-skipping exercises of neo Shibuya-kei, the borders-knocked-down flair of tUnE-yArDs, the playfulness of Denki Groove just to name a few — but it’s tough to think about anything other than the Rube Goldberg machine they’ve constructed right in front of you, and how much fun went into it. Opener “Raimei” wraps Highlife guitar melodies around electronic squonks and the pair’s own vocal pogoing (which they aren’t afraid to manipulate later on, almost like kids just seeing what happens if they stretch it this or that way). Voices splatter all over the place later on, while vocal samples and different percussive elements cycle in and out of songs. The sheer curiosity Kamisama Club bring to their debut album would be impressive enough for those fond of hearing people just discover that, oh, that squeak and that drum break work really well with the xylophone over that, yet they also make all this discovery sound catchy. The hooks here rival anything else you’ll find in global pop right now, and they even pull off their version of a ballad on standouts “Fruit Talk” and “Ordinary Love.” Here’s the release to beat in 2020. Listen above.

The digi-delivery of Hatsune Miku tends to be stereotyped as most suitable for uptempo rock or electropop numbers (especially when you start venturing into meme territory). The Vocaloid voice, however, flexes a lot of variety — and artist AOTQ opts to see how chilled out he can make Miku sound over the course of magical gadget. Their previous instrumental work played around with what could be possible with melodies best suited for our-operators-are-busy waits, and the music here follows a similar easy-breezy vibe, albeit with more guitar and piano mixed in with the digital flourishes. Miku’s voice drifts over them, AOTQ using her higher-register to deliver meditations on longing and something approaching existential dread, often allowed upwards of five-plus minutes for everything to nudge along. It’s a novel use of the instrument, and magical gadget reveals new depth to Vocaloid while also delivering a cruise-ready set of songs. Get it here, or listen above.

You can only shine out the bad feelings with neon and skyscraper lights for so long. The nostalgia-driven interest in older Japanese music is powered by a longing for better, brighter times that seemingly popped alongside the nation’s economic bubble. For all the bombast and money oozing out of those songs now enjoying new attention, plenty also hid more complicated feelings that big-city living can only bandage for so long. It’s those emotions that creep up in Tsukimachi Keikouto’s lovely Yasahi Yoru No Genso, a twinkling album owing a lot to city pop sonically and letting lyrics about wrestling with feelings of solitude when surrounded by city lights. Get it here, or listen above.

No community of music creators looms larger over J-pop in 2020 than the Vocaloid scene that emerged on the servers of Nico Nico Douga in the late 2000s. While much gawking both domestic and international has been directed at Vocaloid avatars such as Hatsune Miku, the artists using this tool to avoid traditional paths of pop creation in favor of forging an alternate musical world offered something approaching an online music utopia, with younger creators handling all aspects of their work without worry of any outside interference. Nothing can stay frozen in time, and today many of the people who started out in this world — Kenshi Yonezu, Mafumafu — have moved way on up in the J-pop pecking order. Yet rather than merge with the industry, they’ve come to about as ideal a truce as you could hope for from popular music in 2020, where they still have artistic freedom but have to contend with some major-label details.

Long-running utaite Eve’s breakthrough album Smile highlights this well. It features 2020’s first truly heart-racing J-pop single, a jittery guitar-based skipper nailing the nerves you feel on Valentine’s Day. It also exists thanks to a candy company. Yet rather than phone it in, Eve cooks up pop confection with their own personality sprinkled throughout, and the songs on Smile build on this, ranging from shaky-legged electro ballads to jaunty guitar pop overflowing with good vibes. It’s commercial adjacent but all Eve’s vision, joining a slew of other young creators in Japan offering a bright way forward for the country’s art. Listen above.

AKKOGORILLA has always been on her own wavelength, grabbing attention (and serving as the soundtrack to Spotify’s early ventures into Japan) thanks to a hyperactive approach to rap. The songs haven’t always caught up to the persona, however, and some of AKKOGORILLA’s more obvious stabs at crossover success felt awkward, with the quirks that made her jump out so early sanded away. The Miracle Me EP course corrects by letting her follow whatever oddball urges she wants, whether that’s making a rumbling dance number in conjunction with Foodman about how normal she is or teaming up with Taigen Kawabe (and a chorus of Malawi children) for a self-confidence anthem. Every song pinballs off into a new direction and AKKOGORILLA is at her most madcap vocally — and the resulting EP is all the better for it. Listen above.