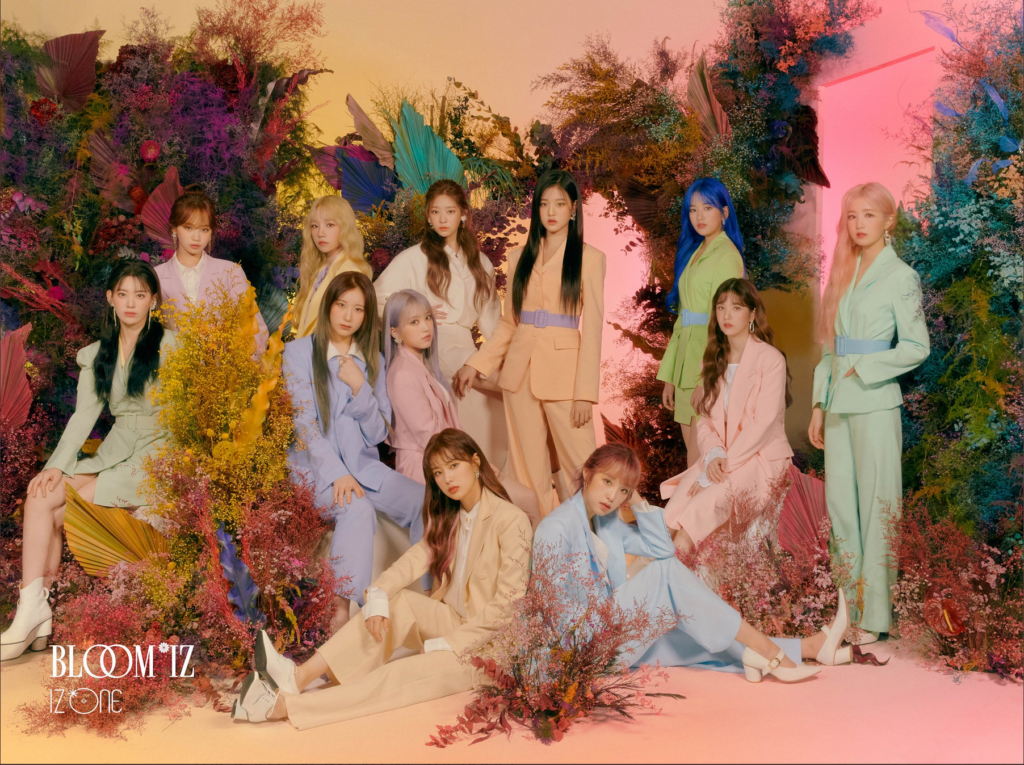 Lots of great Japanese music comes out every week, but keeping track of it all is a tough task. The folks at OTAQUEST want to help. In this series, we’ll cover new Japanese music highlights from various areas of the industry over the past seven days worth your time. This week: a group finding a middle ground between J-pop and K-pop, a band featuring one of the strongest voices in Japan, and a collection of a Studio Ghibli favorite’s finest works.

Music industries rarely boast specific sounds that carry through every level of whatever that country’s business ecosystem is. There are definitely certain trends, though, that can characterize a country’s pop output. Looking at idol music from Japan and Korea, the prior places emotion and pep over shine, while the latter excels at execution even if it can sometimes result in something too sterile. What makes BLOOM*IZ, the new album from IZ*ONE, click is how it finds a balance between those two sides. That’s baked into the group’s DNA — this unit, born from a talent competition, brings together Korean performers with some members of the AKB48-verse. Across this set of songs, IZ*ONE roll out tightly-produced dance-pop backdrops that offer some surprising developments for them (the no-slowing-down bounce of “Spaceship,” the Technicolor ecstasy of “Daydream,” the vaguely Venga skip of “So Curious”), but while still having fun with it. Lead single “Fiesta” nails this, constructing a fizzy electronic world where every notes slips into place, but which allows the group to just bounce off of it. No needless drama, no janky backing tracks, and not a minute of its 40 minute playtime wasted. Here’s how to do international collaboration. Listen above.

The animating force of Ziyoou-vachi has always been lead vocalist Avu. They posses a singing range going from soft vulnerability to pummeling metal-forged toughness, and the way Avu uses their voice adds an emotional depth to the band’s music that can make a single song contain multitudes of conflicting feelings. Newest album BL wisely casts that delivery into the center, starting the set off with some melancholic sweep on “HBD” before transforming into a wrecking ball over the title track’s stomp. Avu handles dance-pop shuffle and acoustic guitar sturms with ease, rising above these backdrops to command attention. That all leads to closing number “PRIDE,” a cut that lets energy and a touch of joy overflow. Listen above, or watch the video for “BL” below.

gummyboy — The World Of Tiffany

The younger end of the Japanese rap community releases at a near constant flow, and every week brings new discoveries (did you know there’s a dude named PizzaLove? And he’s pretty entertaining???). Sometimes though, you got to stick with the names you know. MC gummyboy is one half of Mall Boyz alongside Tohji, and he’s just put out a new release highlighting his verbal hop-scotch. This one’s a class in energy, whether he’s working over seasick beats or comparing himself to a member of Arashi. Listen above.

Speaking of Japanese rap, Normcore Boyz occupy a strange place in the blossoming Tokyo-centric hip-hop community. While they often drift into familiar sonic and lyrical themes — and work with many of the notable names both old and new in the city — they also serve up Christmas songs and weirdly J-pop affected numbers. The best moments of MEDIAGE find the collective veering off into these stranger spaces. Not to say they don’t do the meat and potatoes rapping well — when they are tagging in and out over a pulsating beat, they do well — but rather that detours into club-eyeing dance (“SMASH BROTHERZ”) and ennui-drenched strolls (“HOW IS THE WEATHER??”). They save the best for last with “ANTI SOCIAL CLUB,” where they flash their pop credentials over one of the more elastic tracks they’ve ever tackled. Listen above.

“Slacker” isn’t quite the right word to describe bedroom rock artist Japanese Summer Orange, though he’s never in any particular rush to get anywhere. The songs dotting Escape From Traumatic Situations move like they have a hangover, dwelling on topics like cracking open some brews (as apology) and what life was like when one was 16 (but zooming in on all the bummer stuff). There’s a song called “Lazy Sunday Morning,” and you can practically smell the mound of clothes in the corner. Yet for all the slow motion, Japanese Summer Orange pack a lot of melancholy into these songs, using all that downtime to turn over loves lost and evaluate situations quickly slipping away. The music isn’t always the most urgent, but the thoughts going into it require a lot of work. Listen above.

Studio Ghibli’s decision to finally let their films appear on subscription streaming services internationally generated plenty of excitement, along with an eagerness from many to revisit the seminal animated movies they are known for. Part of their charm comes from the songs and soundtracks created by Joe Hisaishi, close friend of Hayao Miyazaki and frequent song creator for Ghibli. Dream Songs: The Essential Joe Hisaishi boils down the composers oeuvre to some of his biggest moments, both for the whimsical and bittersweet worlds of Ghibli and for other projects. The recordings here come from all over his history, ranging from original takes to collabs with various orchestras from around the world. Uniting all of them together, though, is Hisaishi’s sense of drama and emotion that is bound to be discovered over and over again. Listen above.

Joe Hisaishi Wrote the Score to Our Childhoods