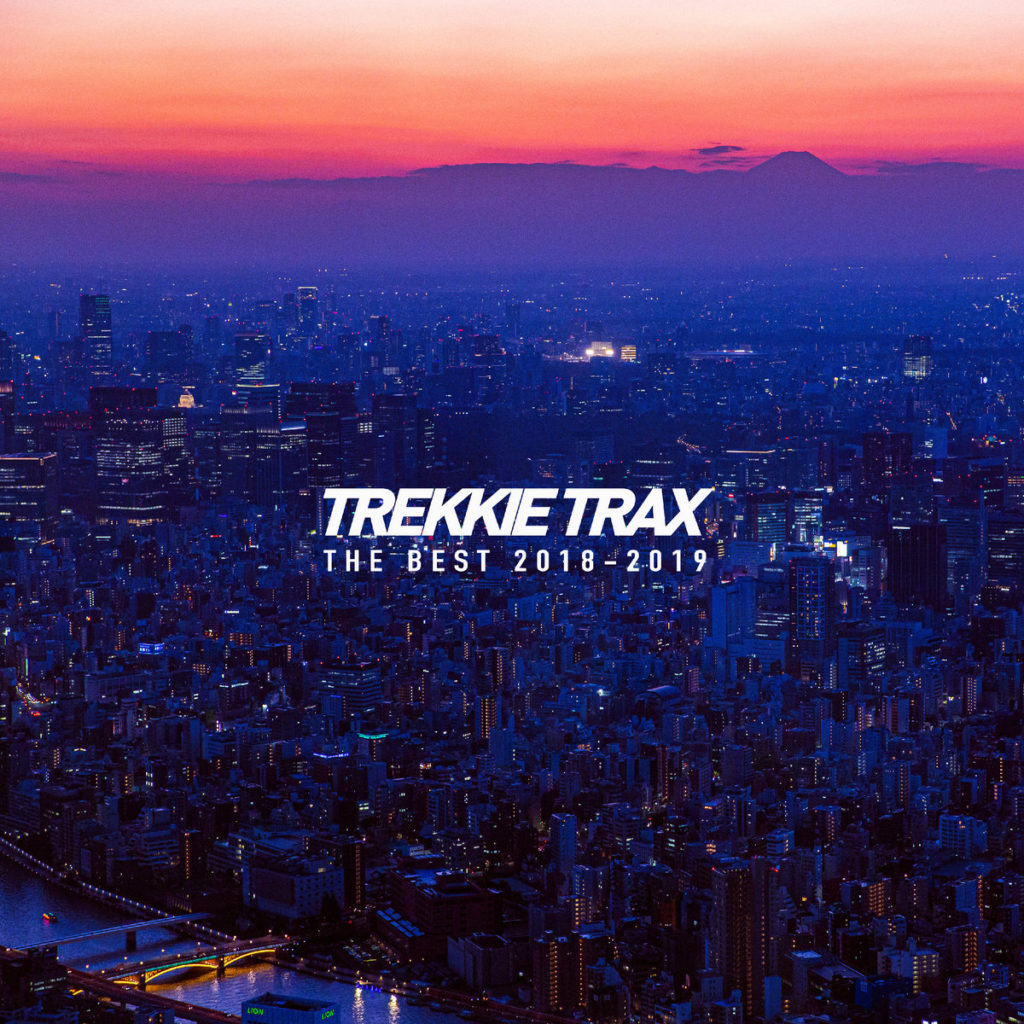 Lots of great Japanese music comes out every week, but keeping track of it all is a tough task. The folks at OTAQUEST want to help. In this series, we’ll cover new Japanese music highlights from various areas of the industry over the past seven days worth your time. This week: one of Tokyo’s most important (and fun) dance labels offers a glance back at their recent history, a chiptune artist turning 8-bit melodies dramatic, and a set of blurry dream-pop numbers that sound like they are dissolving right in front of you.

It’s always good to take a breath every couple of years and take stock of what you’ve been up to in recent times. Tokyo collective, party and label Trekkie Trax work at a breakneck pace, releasing new music from artists all over the globe while continuing to put on some of the more high-energy get-togethers across the capital. With Trekkie Trax The Best 2018-2019, they offer plenty of chances to revisit crowd-pleasing cuts from the last two years, including Cola Splash’s “Cider Stream,” AMUNOA’s “Rusty Door” and one of the only good songs made about Reiwa. Yet it’s also a chance to see how ahead of the curve Trekkie Trax has been in seeing where electronic trends in the country would go. This comp reminds that they gave a spotlight to Kyoto artist Native Rapper, a genre-hop-scotching creator who is now part of a wave of similar-minded creators gaining a foothold in the larger Japanese market. They gave a platform to steely duo iivvyy, who went on to work with Hikaru Utada on remixes and has gained love from bigger players in the nation. And most importantly, this set reminds that label-born acts such as Carpainter and Masayoshi Iimori have been moving on up too, improving their skills along the way. Get it here, or listen above.

The new rap project of noise rock group Bo Ningen’s Taigen Kawabe channels the youthful energy of Tokyo’s SoundCloud-inspired hip-hop community and merges it with the veteran artist’s own take on the style. Kawabe isn’t a stranger to this sound, but for the bulk of his artistic career he’s had the chance to dip into noise, shielding his voice behind layers of fuzz. Not so on Ill, where his rhymes about sauna experiences, vaporwave and more move to the front ahead of unsettling beats. It’s a take on the genre closer to what an outfit like Dos Monos engage in, but with moments such as “MIZEL” flexing an awareness of folks like Tohji in its melodic delivery. It’s a left-field take, but one attuned to what makes the genre so powerful. Get it here, or listen above.

Long-running chiptune artist Foilverb has a knack for making 8-bit notes sound far bigger than any single cartridge could contain. Latest album Cheap Dreams melds the familiar video-game-born sounds with soaring singing (“Swan Song”) and strings (“Hypersomnia”), adding an epicness to these songs. Still, Foilverb works best when milking all they can out of just chiptunes. There’s no reason to add anything else to something as sentimental as the twinkling title track, or a number as giddy as “Glorious.” Leave it to someone who has been exploring this corner of sound for a long time to keep coming up with new angles on it. Get it here, or listen above.

Chill beats almost always work better when paired with a voice. Neighbor’s Dream highlights the intersection of singer-songwriter Kudo Kamome and beatmaker sleepdealer, who crafts vaporous tracks that at their best feel like they are dissolving right in front of you. As far as instrumental creations go, sleepdealer does it better than most, but when Kamome’s voice enters they become even better, with a human touch gliding through these short numbers that add extra emotional oomph. Get it here, or listen above.

There’s lots of small details lurking in the details of this trio’s latest EP that underlines why they have been getting looks in Japanese rock circles. Hitsujibungaku turn an otherwise locked-in jog like “Ningen-datta” into a number that slowly cracks open, giving over to distortion and eventually transforming into a backdrop for spoken-word reflection. “Siren” finds the vocals slowly growing in intensity, with later lines brimming over with energy, while “Yu-Nagi” gradually removes elements from the song to get to the emotional heart of the number. Listen above.