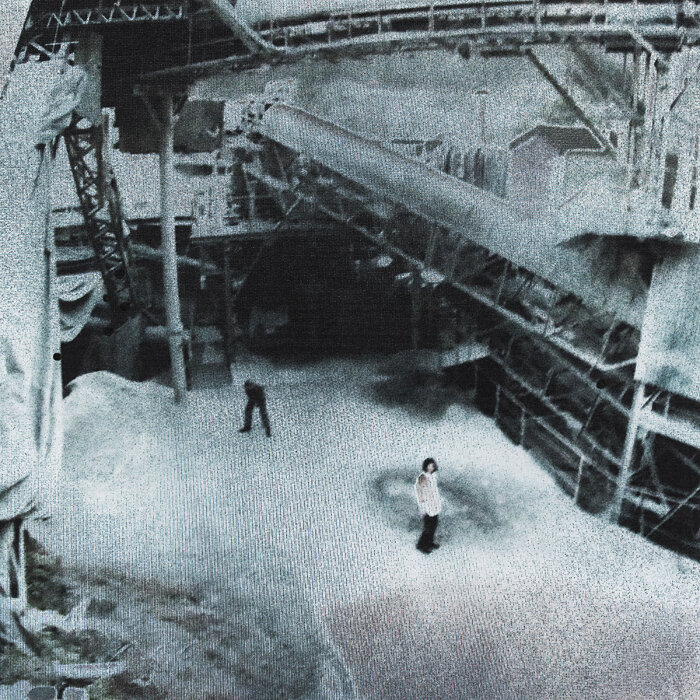 The beauty of Tohji is his refusal to settle. He animated the best Japanese song of 2020 and underlined in Sharpie every quality making him among Japan’s most thrilling artists. What has he done so far this year? Release limited-edition boxers and link up with compatriot /’It G Ma‘ guest Loota and producer Brodinski to… get extra weird.

You’d think KUUGA would be Tohji’s opportunity to shout ‘I’m working with the guy who helped produce ‘Black Skinhead!’’ and try to land some press love. Instead, he’s made his CAPS LOCK, the album electronic creator Yasutaka Nakata created with his CAPSULE project that featured two jams and a lot of avant sound, running from jalopy horns mixing with creaking floorboards to ominous ticking clock soundscapes. That was an artist pivoting away from populist gestures in favor of pure experimentation, resulting in a total curve sticking out… gloriously… from their catalog.

KUUGA never quite gets to the ‘what if a Model T Ford was the foundation for a song?’ level of that, but it does find Tohji going more molecular than anything since angel, even more than ‘Oreo.’ His voice goes full angelic on ‘Aegu’ — bathed in light, Sistine Chapel shit! — before getting to work over a beat built out of layered heavy breathing on ‘Yodaka.’ Brodinski throws acid swells and minimalist pounding his way, and Tohji’s response is to coat his vocals in loads of Auto-tune and see how out-of-body he can get (that little run to start ‘Naked!’). Here’s Tohji looking at the path the heavens have placed in front of him and delivering a high-pitched electronic wail at it, shattering it into a million pieces.

If Tohji represents what should be a co-opted rapper plunging into the void, LIL SOFT TENNIS captures what happens when an experimental oddball discovers hip-hop. Few indie artists in Japan are as all over the place as this Kansai creator, who merges the emotional honesty of SoundCloud rap with the just-try-whatever energy of a 20-something with access to MacSpeak (see last year’s disjointed Season).

Bedroom Rockstar Confused finds the young artist sticking with one sonic thread (rap colliding with pop-punk-adjacent rock) to create their most confident offering to date. It can still get a bit dank  (‘Medicine’ veers way too far off path from the more melodic rap-rock LIL SOFT TENNIS does best) but highlights like ‘Bring Back’ and ‘Lucid Dreams’ find the genre smasher turning all that provocation into a memorable set.

Modern-day KIRINJI (very different from 90s / Aughts Kirinji) plays around with nostalgia way better than most groups in modern Japanese music. ‘Saikai’ starts off as a sweet reunion song between people long separated, meeting in a physical space to catch up. Then after breezing through that first chorus… the band reveals this to be pandemic pop, flipping memories of yesteryear into, oh, 15 months ago.

While KIRINJI gets a little sugary from there (coos of ‘I miss you’ closing the song) placing retro disco funk as a backdrop for a reality where every interaction in person happens behind a plastic screen.

Just in time for the warmer months, a project emerging from the ashes of a downer rock project delivers pure jubilance. ‘Alright’ aims to escape the ho-humness of everyday life via a rumbling beat and a bright-eyed chorus begging to be part of your summer-vibes playlist.

Rap duo chelmico head off into hiatus backed by easy-going guitar strums and a chance to bathe in some warm feelings. Listen above.

Avex’s China Foray Is… Good?: Once mighty music company Avex, recently forced to cut jobs and sell its building, found some newfound life by sending artists in their stable to mainland China to take part in the singing competition Chuang 2021. It was going well… until Chinese netizens found out the Avex website listed ‘Taiwan’ as separate from China in some drop-down menu. They did not react well, and things looked dicey for a second. Yet in the end it turned out OK, as three Avex performers made the final group INTO1. As the Chinese market becomes even more lucrative in the years ahead, Japanese music will attempt similar moves into the nation — and will face even more political and ethical complications.

NiziU Shines: On the one hand, it remains to be seen if NiziU, a J-pop group created by a K-pop company with global ambitions, actually can travel beyond its home borders, with an article in weekly tabloid Shukan Bunshun devoting a decent amount of space looking at why they are overlooked in South Korea. Yet at home, they are shining! Their latest single debuted on top of the Oricon charts, and the group are part of, by my count, at least three major commercial campaigns.

Festivals Are Happening… Maybe: Rejoice live music fans in Japan! Summer festivals are happening, with Fuji Rock Festival announcing the first batch of domestic artists set to appear at the event in August. Yet also, maybe don’t get too excited, as a new State Of Emergency in parts of Japan has led to some early gatherings such as the Arabaki Rock Festival and Rainbow Disco Club, originally slated for early May, to cancel or postpone respectively. So… the situation remains in flux.