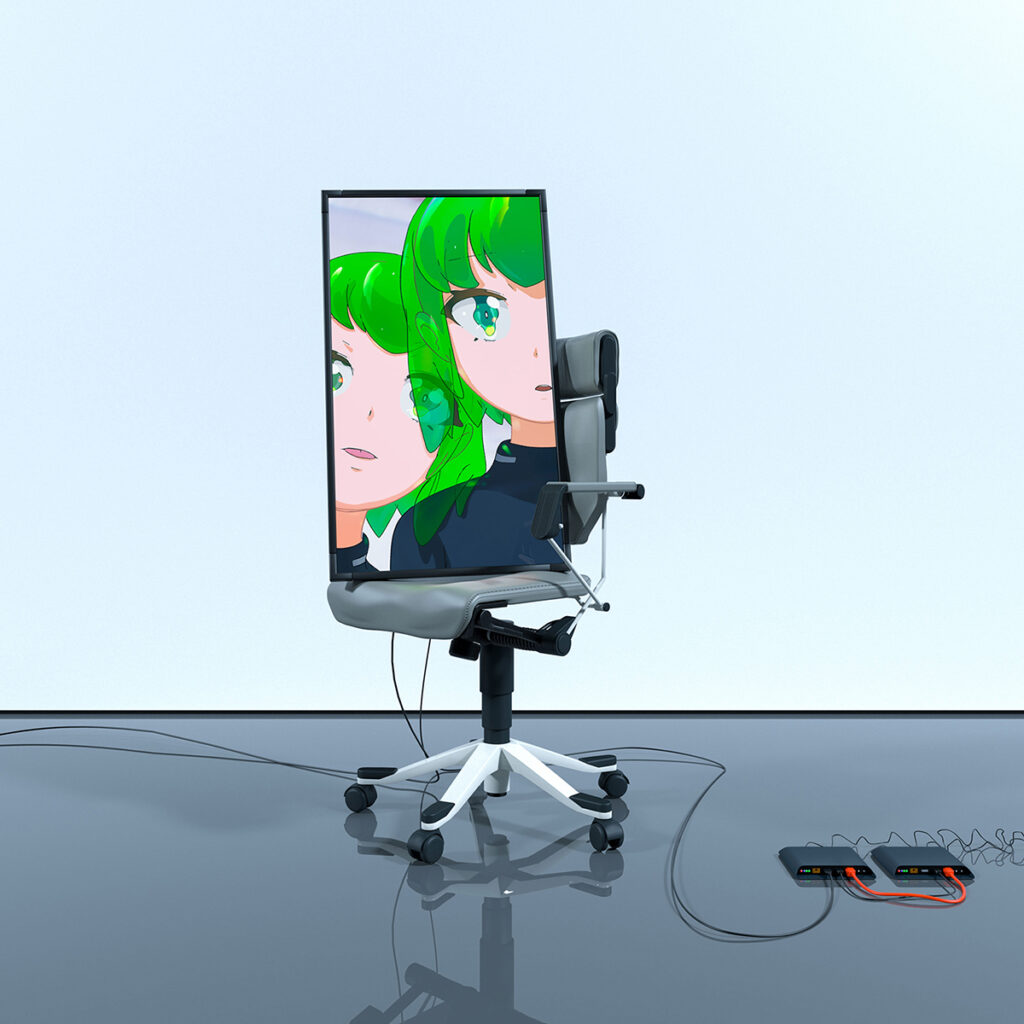 OTAQUEST contributor Patrick St. Michel runs an email newsletter called Make Believe Mailer, an offshoot of his decade-long blog Make Believe Melodies. Every week, he shares essays and round-ups of new Japanese music, from J-pop to independent releases. For the final time, he offers a sort of best-of from the month, highlighting Japanese songs worth your time and other developments in the world of Japanese music.

Two of the most thrilling young artists in Japan come together for a fittingly bonkers number always on the verge of collapse, but ultimately holding together while working in plenty of catchy segments. I’ve celebrated Hakushi Hasegawa’s madcap sonic surgery before, so let’s give a little love to Yukichikasaku/men, a project dabbling in similar left-field pop for a bit now and responsible for a very good album from earlier this year. ‘Sukuinote’ pushes their respective skills to the limit, offering as refined an approach to chaos possible (this is like if HyperPop went to finishing school). Listen above.

A time-bending fusion of 80s nostalgia, 80s replication and late 2000s electro-pop, ‘Neon Light No Yoru’ shines thanks to the inclusion of Hitomitoi, who was putting her spin on city pop while the YouTube algorithm was just a spark in some Palo Alto kid’s brain. Her singing adds the urgency that usually gets sliced up in so much future funk (though smart move also cutting her voice at points here to great effect). Here’s a heart-racing interpretation of a bunch of trends, synthesized into one racing shimmer. Listen above, or get it here.

Tucked away as a b-side on a fun albeit too busy single from earlier this year, I missed ‘Telephonism’ until Philosophy No Dance dropped the above video for it last week. And thank goodness they did, because it’s a 2021 highlight borrowing dusty trends without getting weepy eyed over bubble times. A failing of a lot of ‘city pop revivalism’ today from all corners of the world is leaning too much into the neon-grazed absurdity of the 1980s, with the music being almost like a Lego instruction booklet telling you how to easily assemble your own ‘Ride On Time.’ ‘Telephonism’ uses the strut and maximalist touches of the style (strings and sparkles!) but grounds it in modern times, avoiding melancholy in favor of heart-fluttering anxiety over… getting a phone call.

Coupled with the best vocal performance this group has ever done and a few modern sonic touches, this deep cut shows city pop doesn’t have to be a model recreated over and over again, but can be molded in clever ways without losing the emotional buzz. People in the ‘80s got nervous about not hearing a ring too. Listen above.

Here’s a perfect example of the right amount of vocal manipulation, with e5 transforming every syllable into an electrical surge. Paired with the urgency surging through this just-over-90-seconds tune, it makes for a racing bit of HyperPop, with e5 using a limited space to make sure every supercharged word hits directly. Listen above.

Wherein more elements of hard rock, horrorcore and visual kei (!) worm their way into Japanese HyperPop to create a grungy surprise. The moments of shut-the-fuck-up-when-I’m-talking-to-you release are cathartic although not always a hit, though they have a much higher hit rate than something like this probably should. Here’s my slight contrarian take — they actually sound best when peeling layers back, like on the fever dream of ‘robbers’ or the emo-band-third-single soar of ‘memories.’ Listen above.

After months of controversy surrounding the team putting together the Opening Ceremony for the Tokyo 2020 (uhhh, 2021) Olympic Games, the event managed to descend to an even deeper level of muck just weeks before it was set to start. That started after it was announced that Keigo Oyamada — better known as Cornelius — would compose music for the gathering. This lead to online users digging up an interview from the early 1990s where Oyamada admits to — nee, brags about — bullying classmates in school with learning disabilities, and bullying them in extreme, disgusting ways. This ballooned into a massive controversy, prompting Oyamada to step away a week before. This then lead to… another scandal being revealed, this time centered around event director and comedian Kentaro Kobayashi was dismissed after netizens surfaced a comedy bit from 1998 where he made a Holocaust joke.

As cursed as the event seemed to be, it went down and…was fine. Given the global circumstances, they aimed for a balance between somber and goofy, to mixed results. The good points were really good though, including on the music front, where they sprinkled in famous video game music during the Parade Of Athletes, and also gave space for jazz pianist Hiromi Uehara to do her thing. The ‘Imagine’ segment…let’s breeze by that. And let’s move on from this whole Opening Ceremony, far and away the most contentious battleground of these whole Games.

Big news from a legendary J-pop singer. On an Instagram Live event, Utada Hikaru announced that they identify as non-binary. That’s a big step, and sent rippled in the Japanese entertainment world.

Popular media store Tsutaya has been renting movies, manga and CDs for decades, but given the shift towards streaming, this is less in demand in modern times. One franchiser of the brand announced intentions to stop renting out media from this point on, hinting at an incoming end to an era. Get those last second rentals in now.

Thanks so much for reading this feature over the last few months. If you want to continue getting music highlights, interviews, and analyzes of Japanese music right in your inbox, sign up for Make Believe Mailer here.