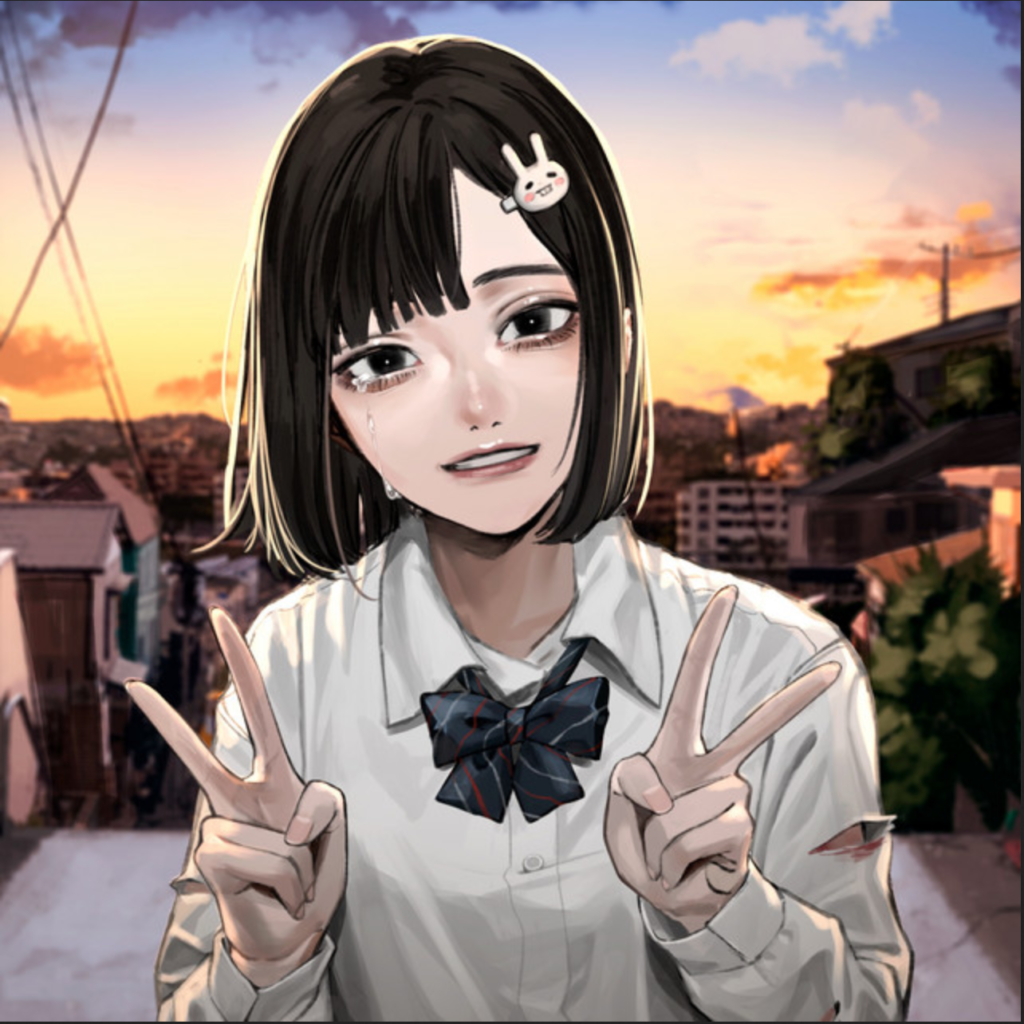 OTAQUEST contributor Patrick St. Michel runs an email newsletter called Make Believe Mailer, an offshoot of his decade-long blog Make Believe Melodies. Every week, he shares essays and round-ups of new Japanese music, from J-pop to independent releases. He offers a sort of best-of from the month, highlighting Japanese songs worth your time and other developments in the world of Japanese music.

J-pop is all about exploring the grimier parts of the human mind in 2021, whether from the glum short stories of YOASOBI or the vocal dropkicks aimed at polite society courtesy of Ado. Just as important as the less-than-sunny emotions central to the music is how they are delivered. These artists are online natives, and there’s something to this downer shift playing out in pop music at the same time kids raised through social media comes of age.

While not a mainstream force yet, internet-based rapper Takayan might capture this web 2.Oh-No energy better than anyone in the country. The 23-year-old creator started out as a jacked teenager lipsynching to rap songs before becoming… an even beefier young adult creating original songs in his bedroom, often from the perspective of women. Going through his channel’s history is to see what actually happens when a kid says their dream is to be a YouTuber: he’s had a covers phase, a Filthy Frank phase and more. Now he’s capturing the unease of youth in modern Japan, with songs titled ‘Everything Is Boring,’ ‘What’s The Meaning Of Living‘ and ‘Shit Named ‘Gender’’ among others.

It looks like Takayan is on the verge of some major label push (his video budget has gone up significantly, while his rap group STUPID GUYS appear to be on Universal Music Japan) so getting familiar with his work now might be a good move. Luckily, he released the album Zutto Ikite Ne (above), the best gateway into his take on modern Japanese life. Seeing as this guy creates song at a rapid clip, a lot of it isn’t great, but the ratio of hits to misses on this just-under-20-minute release is solid, showcasing his melodic sing-song delivery, which can swing from a sort of frantic style replicating the feel of having your brain go haywire, to a more upbeat voice that adds welcome optimism to often heavy numbers. Listen above.

Rising J-pop superstar Fuji Kaze delivers his best number to date by letting loose. His latest single embraces a city-born funk approach pumped up to TV-drama-levels of energy, giving it way more urgency than what this sort of chill-out rock goes for most of the time. Bonus points for the video, above.

The A-side to label TAPESTOK’s latest idol-rap project offers no shortage of enriching goodness, unfolding at a fittingly gusty pace and featuring welcome head-twister lyrics like the very prominent ‘I’m a smoothie lover.’ It’s the back number, above, that underlines everything great about this label’s wonky approach to idol pop, which usually opens up whole new sonic portals. Effects-drenched vocals slip-n-slide over a 2-step wobble, splashing down in one of the best hooks to come from the imprint in some time. Listen above.

I don’t think any artist operating in Japan’s underground fits into so many slots as nate, who can hover around the ‘SoundCloud rap’ scene one second before drifting over to the hyperpop corners of online music the next. The entire Sweet Planet release made in collaboration with Yamakagebeats flexes this sonic versatility, but ‘poping candy’ imagines nate as a pastel-accented pop star. Credit the constant high-fructose mutation the song itself takes, teasing dance before morphing into a more free-wheeling Kyary Pamyu Pamyu impersonation (with wonderfully disorienting instrumental passages). Listen above.

J-pop Packaging Gets Creative: The Japanese music industry has long been dinged for being too loyal to physical releases, but a handful of recent offerings show they can do so much more than a simple CD. Sekai No Owari’s newest album will come in a ‘scented-candle version,’ featuring a dozen candles boasting smells inspired by the 12 numbers featured on the new release (named… natch… scent of memory). Kenshi Yonezu, meanwhile, will offer his forthcoming single in a puzzle edition.

Avex Expands to the United States: Powerhouse Japanese entertainment company Avex has been hurting for money lately, but that little fact hasn’t stopped them from expanding. Most recently, they’ve announced Avex USA, a new effort to make inroads in the North American market. There are a bunch of initiatives tied into this push, including investment in the world of virtual idols, but the main intrigue comes from their musical efforts, and if they can actually manage success in a place where J-pop has long faced a certain ceiling.

BABYMETAL NFTs: Non-fungible tokens have been a buzzy tech development over the last couple of months, and many popstars have gotten into it… despite objections from their fans, who find these pieces of digital art as heavily damaging to the environment. J-pop tends to be slow, but one group embraced NFTs, much to the chagrin of their fans. BABYMETAL released a limited-edition set of NFT trading cards, which caused many supporters to express anger on social media sites like Twitter. They might be on to something though; they have sold out, showing their are enough people with money to burn to support this stuff.