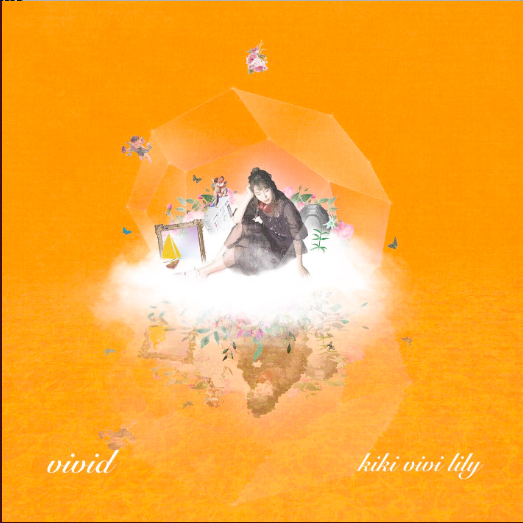 Lots of great Japanese music comes out every week, but keeping track of it all is a tough task. The folks at OTAQUEST want to help. In this new series, we’ll cover new Japanese music highlights from various areas of the industry over the past seven days worth your time. This week: genre-bending chill vibes, epic idol tunes, and Jersey Club remixes that will make you want to get wild.

Singer/songwriter kiki vivi lily has been kicking around for a few years, teaming up with forward-thinking media company Lute and a variety of rappers. Her first full-length album Vivid stands as a big breakthrough though, showcasing her ability to create laid-back songs that draw from a variety of styles, all morphed into something apt for her world. She delivers her words in a style that hop-scotches between straightforward singing and rapping, all over a variety of backdrops. Check the start-stop strums guiding the relaxed “80Denier” forward, or soak up the tipsy dance-pop stumble of highlight “Copanhagen.” This sort of calm atmosphere has become everpresenet in Japanese music over the last few years, but kiki vivi lily offers up an interpretation on chill featuring a bit more depth and a lot of clever sonic touches, underlined by her own charisma. Listen above.

Even within the labyrinthian realm of Japanese underground music, duo Kamisama Club stick out thanks to their creative approach to pop music. ((JURA)) scales the wonkiness back just a little bit, making for a slightly easier trio of songs for newbies to get into. Even though these aren’t as discombobulating as previous offerings from the pair, they still feature plenty of ear-grabbing details lurking around the hooks. Read our original post, or listen above.

You get your idol groups that zone in on a particular niche, and then you have your more generalist idols who can do a little of everything with OK results. The World Standard — Wasuta being the preferred name — fall into the latter category, and latest mini-album showcases them at their most diverse. The five-member unit runs through hard rock sounds, ballads and even a bit of disco pomp, holding their own with each one. Still, even someone trying to do a lot at once tends to be extra skilled at one thing above all else. For Wasuta, they do zippy electro-pop best of all, highlighted here by the 8-bit-assisted journey “Unbalance Answers.” An album of that might be a little too much, but on an otherwise eclectic set, it gets the chance to really stand out and show off its energy. Listen above.

Producer K BoW has been flipping Western pop tunes and rap numbers into rollicking Jersey Club numbers for a few years, and his remixes (“remixez,” sorry) eventually get collected onto compilations that are just front to back fire. The third installment is no different, seeing K BoW transform numbers from Post Malone and Charli XCX into the type of tunes that make you want to get to a dance floor right away. The one big development here is how many Japanese rap songs go through K BoW’s magic, revealing how rich this community is becoming…and how much better some of the songs get when made faster. Get it here, or listen above.