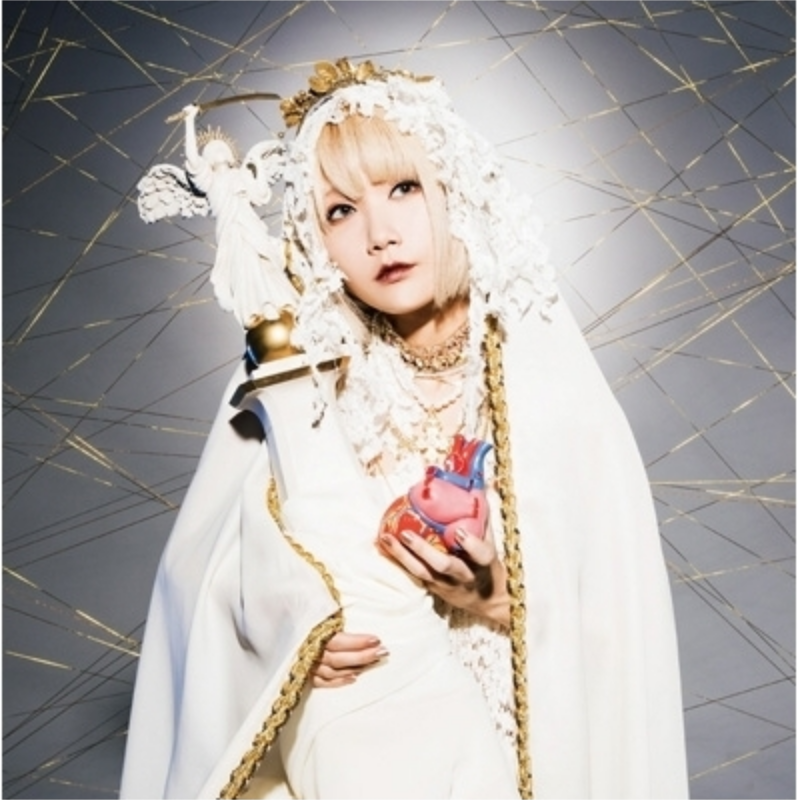 Lots of great Japanese music comes out every week, but keeping track of it all is a tough task. The folks at OTAQUEST want to help. In this series, we’ll cover new Japanese music highlights from various areas of the industry over the past seven days worth your time. This week: the sounds of the last decade re-imagined into something for the future, a mix of styles turned potent, and an idol group sticking close to the familiar that nonetheless lets some wonky ideas sneak in to their songs.

Farewell 2010s, you served us well, but it feels like the world is ready for something different. Yet you’ll get at least one more grand send off in the form of Kinjitou, the very-much-anticipated album from Reol that ends up being both a cherry bomb announcing her arrival on the top level of J-pop and something resembling a eulogy for the last ten years. She’s someone who came up in the world of Vocaloid, and while moving up those ranks she also encountered the worlds of EDM and “Super Bass.” She pivoted towards J-pop a few years back, but here she really hits on her potential with songs overflowing with nervous energy (“HYPE MODE”) and flat-out muscle (“insider”). None of it sounds particularly reverent to their origins, with Reol and her crew of collaborators letting these sounds warp and change as they please, resulting in a genre-skipping set underlining Reol’s energy. That, ultimately, works as this album’s best attribute, as she turns any number into a riveting one demanding attention. It owes a lot of its sonic texture to the last decade, but Kinjitou re-imagines them for tomorrow. Listen above.

If the name “pinoko” sounds familiar, it’s because the singer-songwriter popped up on Tomggg’s recent Unbalanced EP to add some rapped energy to “Sweet Salt.” Now she gets the chance to show off all of her ability on Re:Birth (or Reverse depending on which streaming service you trust), a new album allowing her all the space she needs. This ten-song affair positions pinoko as falling somewhere between the whisper rap of DAOKO and Izumi Makura, and the more recent SoundCloud-centric community highlighted by the likes of Sleet Mage and nate. Songs here move from spacious opportunities to reflect on more melancholic topics to livelier cuts showing off her pop sensibility (check the title track, which closes out this whole offering with some speedy garage vibes). Listen above.

This is one of those albums that offers about a dozen entry points in, depending on what you look for in a J-pop release. Sumire Uesaka is probably best known for the theme song to shitpost-gone-real-world anime POP TEAM EPIC, but new full-length album NEO PROPAGANDA shows how much versatility she has up her sleeve (while still being kind of a stinker). There are cutesy sugar rushes, ‘80s-indebted power chugs, and fidgety electro-pop jams that would make Yasutaka Nakata proud. There’s also a song written and produced by group_inoue, which marks the first time that duo have been spotted in the while in quite some time (the resulting number, “MESSAGE,” synthesizes their jittery energy to idol pop, and it is aces). That’s my proverbial warp pipe into NEO PROPAGANDA, but you are bound to find your own path. Listen above.

GIRLS TAPE STORE — Once again in our time

How do you go about improving on the familiar, melancholy sound of indie-pop? Pile on the synthesizers and let the songs mutate into something busy. GIRLS TAPE STORE is a long-running project that tends to be at its best when letting a flurry of electronics coat the twee-leaning vibes central to their sound, transforming teenage longing into something pulsing with electricity. Latest release Once again in our time features some of the project’s hookiest moments to date, from the Auto-tune-brushed shuffle of “DYLM” to the shimmering bounce of “minamo 2.” Get it here, or listen above.

Mikado Koko expresses herself however she’d darn well please. Awa No Uta is a brief set of songs, but one that finds the singer-songwriter playing around with experimental skitter-pop on the title track and letting her voice flail about in pain and even approach something resembling a cry on the piano-based rush of “The Tragedy Of Woman’s Emancipation.” It’s an album full of sonic experimentation but also plenty of room for her lyrics to deliver haymakers, offering one of the more charming political releases out of Japan in recent times. Get it here, or listen above.

TAPESTOK RECORDS excels at slightly tweaking the familiar idol formula to create lo-fi hip-hop singers capturing the gloominess of Tokyo after midnight and groups that create rap cuts that nail the bleary-eyed joy of the genre better than most hip-hop acts in the country. Turns out they can do pretty down-the-middle idol pop pretty well too. Cametre used to go by the name Koutei Camera Actress, but whatever moniker they perform under they have offered the most straightforward interpretation of idol from the label. Ningen sports plenty of twinkly melodies and all-together-now vocals, but it also makes room for slightly oddball creations like the synth stumble of “Subara” or the guitar chug of “Iminai.” When compared to other releases from their orbit, this one feels downright normal. Yet dig a little deeper, and you find plenty of the elements that make this one of Japan’s best places to go for forward-thinking idol music. Listen above.

other William Moo 31 mins ago