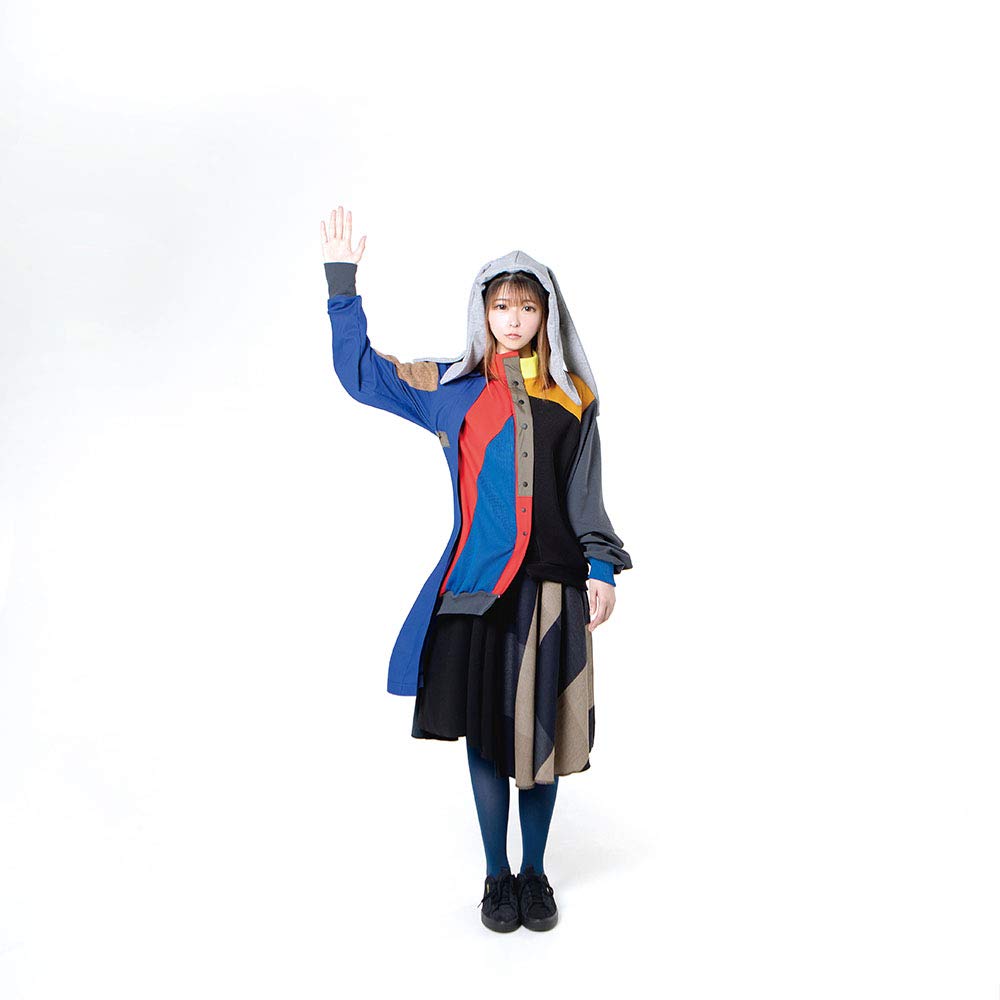 Lots of great Japanese music comes out every week, but keeping track of it all is a tough task. The folks at OTAQUEST want to help. In this series, we’ll cover new Japanese music highlights from various areas of the industry over the past seven days worth your time. This week: a long-running idol celebrates 10 years in the game with a sequel to her debut, an electronic producer shows that even styles that appeared bone dry still have some juice in them, and a rapper pokes at what it means to be Japanese in 2020.

A decade in the idol world can feel like an eternity. Pour Lui has lived through every sea change in this corner of the J-pop world over the last ten years, serving as a founding member of the influential (but, looking back on it, sort of overlooked all things considered) unit BiS. After they dissolved, she dabbled in various projects and found herself wrapped up in idol controversies, and at one point dipped out to become a YouTuber. Through it all, she has seemed committed to the idol life — and making it bend around her vision.

Minna No Pour Lui II serves as a souvenir for her decade anniversary. It’s presented as a sequel to her debut album Minna No Pour Lui, released back in 2010, but it stands fine on its own as a snapshot of an artist continuing to explore her preferred sound. It’s an album primarily built around guitar chugs and speedy tempos, with a few swerves thrown in for good measure (the horn-assisted jaunt of “Girls War,” the synth hop-scotch of “Illegal”). She nods to that very maiden release with a hopped-up cover of the song “I’m Coming!!” while highlighting new ways she grown as an artist throughout. Listen above.

Electronic producer KOTONOHOUSE offers up the slightest of winks over the course of this release. Song titles such as “Kawaii As Fxxk!!” and “Overproduction” seem like nods to a style of maximalist music that this creator emerged from — some call it “kawaii bass,” but don’t feel obligated to go with that nomenclature — that has in recent years become a little bit exhausted. Yet for whatever tongue-in-cheekery any of that implies (if anything!), KOTONOHOUSE remains really good at this type of sweet-meets-pummeling sound. The five tracks here match playroom melodies with moments of aggression, while elsewhere just blasting ahead. It can also get pretty emotionally rich, as the heart-racing vocal cuts and speed of “Overproduction” show. The style KOTONOHOUSE emerged from might feel a bit cliche now, but they are continually finding ways to keep it fresh. Listen above.

Netlabel Ano(t)raks excels at casting a spotlight on young artists bubbling up in the Japanese underground, and latest compilation STEPS 01 hitches itself to the current online boom in city pop to highlight a new generation creating their own take on the sound. The artists featured here range from revivalists such as a melting mood and mondo, who really get to the jazz-fusion core of so many Bubble-era acts, to more experimental outfits such as nemuigirl (talked about them a couple weeks back) and Yu-Yu-hackshow, who approach the ideas of the style with modern tools. Tacked on at the end…a great run of indie-pop, which is a bit of a twist but one I’m not complaining about. Listen above, or get it here.

Kanagawa-born rapper Namichie uses large chunks of Everyday Away to poke at what it means to be Japanese today. That isn’t the sole theme of this album, and plenty of moments can be appreciated purely as vessels for showing off her impressive flow, whether navigating the fractured beat of “Unknown Trap” or working with the sparse boom-bap of “Doubting Eyes.” Yet even within those songs, Namichie uses her rhymes to explore life in Japan for someone who doesn’t look traditionally Japanese…but is from the country all the same. She races through her own head on “Inside My Brain” and, on Everyday Away’s standout, flips one of the most popular shows in Japan on its head to deliver points on “Why Did You Come To Japan?”Listen above.

Let’s just take a moment to bask in the glory of that album title, the sort of name only a J-pop idol group would have the courage to run with for their remix album. Go beyond just that detail, though, and you’ll find one of the more entertaining idol projects of the last few years — just check some of these videos — recruiting one of the better sets of electronic acts around to rework their music. Highlights abound, from the disco-ed-up version of “It’s My Turn” that T-Groove conjure up to a rollicking take on “Supervenience” courtesy of Night Tempo. The variety here is impressive, running from Shibuya-Kei staples like FPM to netlabel descendents Pasocom Music Club to Indonesian city pop revivalists ikkubaru adding their sparkle to the group’s chirpy vocals (fans of Espeica, get on this one). Listen above.