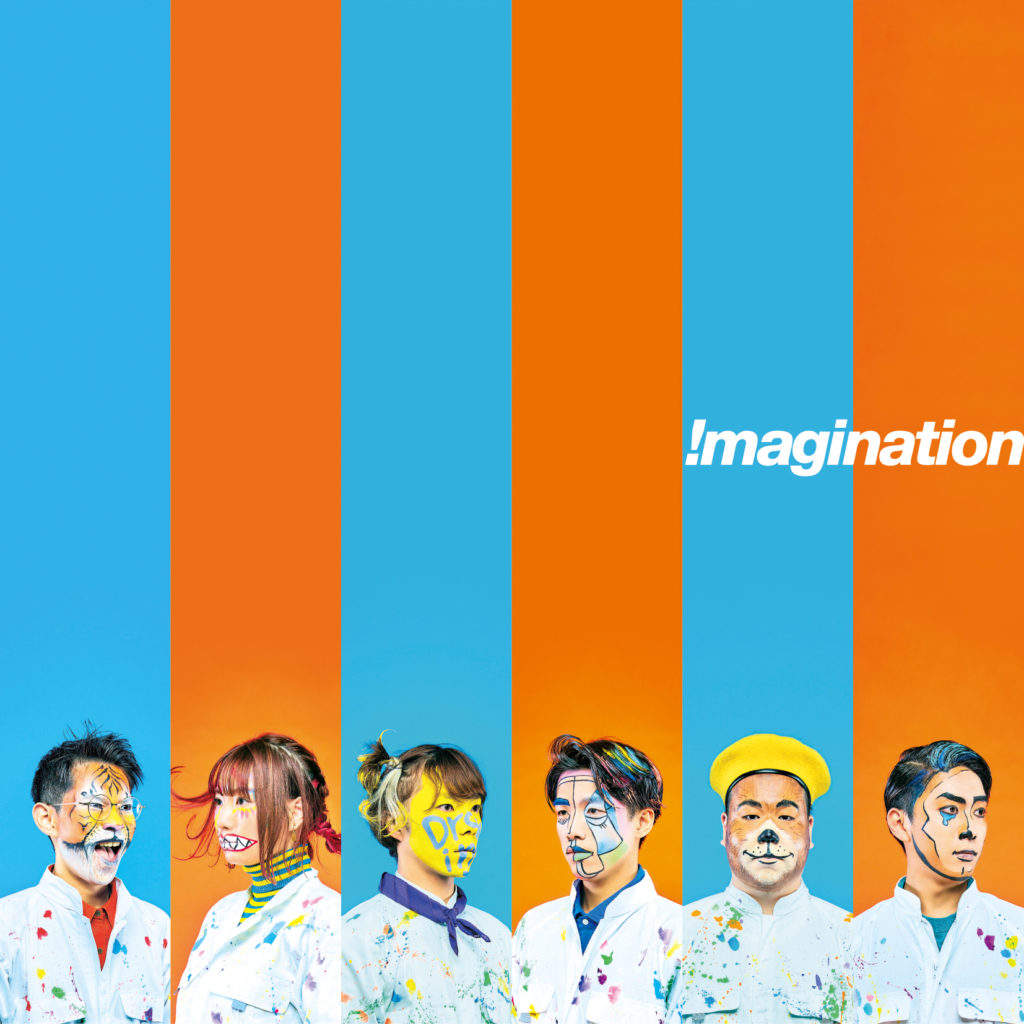 Lots of great Japanese music comes out every week, but keeping track of it all is a tough task. The folks at OTAQUEST want to help. In this series, we’ll cover new Japanese music highlights from various areas of the industry over the past seven days worth your time. This week: an album celebrating the art of creation, a J-pop group showing the benefits of collaboration, and a new one from one of the country’s best electronic artists going.

There’s something very comforting about listening to an album almost entirely about the act of creativity. Lucky Kilimanjaro celebrate all that’s possible from one’s own mind on !magination, their debut full-length album and a pretty strong argument that they’ve tapped into their own pretty well. The band create songs overflowing with Technicolor synthesizer melodies and follow-the-bouncing-ball rhythms, while occasionally dipping into genres you wouldn’t associate with perpetually cheery dance-pop, such as a few moments of rapped lines here and there. This is pure escapism, with any nods to the real world only temporary before the band explore the worlds of alcoholic drink containers and rocket ships. That’s not a bad thing, though, and the exuberance they bring to a song like “Drawing!,” one of the most direct odes to artistic endeavors here, pushes this above Highlights-worthy puffery into something far more convincing. Yet this flight of fancy proves re-affirming, as Lucky Kilimanjaro spend their debut showing just how powerful the simple act of creating can be Listen above.

While recent political developments are bound — once again — to obscure this, Japanese and Korean have experienced some great exchange via pop culture in recent times. Following the latest full-length from AKB48-meets-K-pop group IZ*ONE, the first release from pop group JO1 has arrived, and marks the project’s first big step forward after forming on Korean-born talent performance show Produce 101 Japan. This one’s a little more like The Masked Singer, though, in that while the idea has come from South Korea, enough wiggle room has been allowed for them to do what they want with it. PROTOSTAR casts this J-pop outfit as doing a little bit of everything, from shuffling dance-pop on opener “INFINITY” to gruffer EDM-influenced material on “La Pa Pa Pam,” although they might want to work a little bit more on the rap if that one is any indication. A few rough edges aside, PROTOSTAR introduces a new group into the J-pop ecosystem, one showcasing the benefits of continental collaboration. Listen above.

Rising electronic duo TEMPLIME have a knack for finding great voices to hop on top of their animated garage tracks. BREATH finds them mixing things up more than usual by calling on singer Wotoha and rapper Yaka to take turns navigating their busy beats. They’ve had plenty of the prior before, but the latter adds on new energy to already delirious numbers such as the chopped-and-pitched-around blast of “surfaced,” where Yaka dives in to add a little extra punch. Yet the whole effort works best right on the title track, where the two take turns moving along with TEMPLIME’s track (check Wotoha’s backing adlibs!). It highlights the versatility of their music, all without losing the fun that has always poured out of it. Get it here, or listen above.

Electronic artist Foodman turns the disjointed into the rapturous, and over his career he’s taken some of the wonkier sounds one could find in the world only to thread them into some of the most mesmerizing beats anywhere. Latest release Dokutsu comes off as one of the more immediate collections from his world, with songs such as “Kazunoko” and “Imo Hori” building up gradually and adding in new elements during those stretches. Which isn’t too say those individual pieces have gotten any less creative — voices stretched into fantasy remain a staple building block, while he’s still finding new sources of percussion to serve as the spine for his creations (check “Oshiro” for some polyrhythmic madness). Listen above.

Speaking of Foodman, he pops up on this video-game-themed mixtape organized by French artist Teki Latex and Diggin’ In The Carts historian Nick Dwyer. Here, they mash golden-era game soundtracks up with all kinds of modern music, ranging from Migos’ acapellas to WEDNESDAY CAMPANELLA chants. Scattered throughout are new remixes of classic themes by the likes of Foodman, Kode9, Ikonika and many more. It makes for one of the fresher takes on nostalgia you’ll find as of late, with some welcome intersections between . Listen above, or learn more here.

Akiko Yano and Hiromitsu Agatsuma come from very different musical realms, but share an artistic ethos. Yano exists around the fringes of J-pop, having created dozens of border-pushing albums over her career while also collaborating with the likes of Yellow Magic Orchestra to Seiho. Agatsuma, meanwhile, plays the shamisen, but in a way that tries to meld the traditional with the modern. The two have come together as Yano et Agatsuma, and on their first album together Asteroid And Butterfly they bring their talents together to create a whirlwind set of songs featuring shamisen melodies, piano arrangements, enka-indebted singing and splashes of electronic noise. It’s a success in showing how the shamisen can be used as an instrument in the moment, and a reminder of how both remain adventurous in 2020. Listen above.

Lucky Kilimanjaro Show off Their Joy-Making Bonafides on “Drawing!”