Japanese Music Highlights for the Week of May 25 Featuring DECO*27, PASSEPIED and Koeosaeme 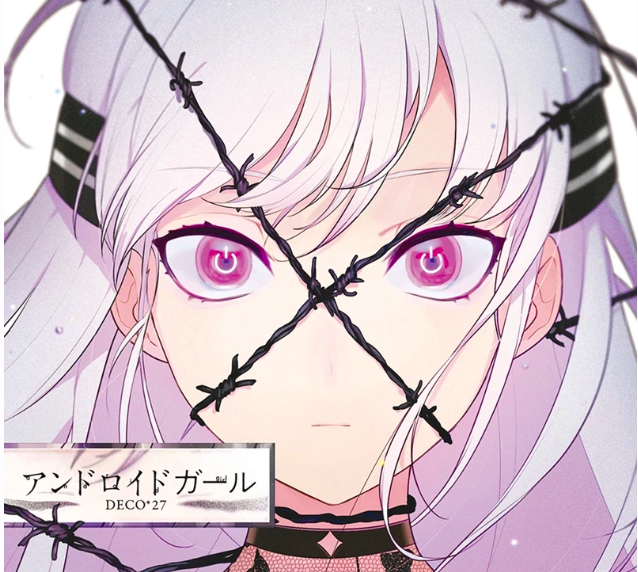 Lots of great Japanese music comes out every week, but keeping track of it all is a tough task. The folks at Otaquest want to help. In this new series, we’ll cover new Japanese music highlights from various areas of the industry over the past seven days worth your time. This week: hard-edged Vocaloid numbers, jittery rock experiments, and some real brain scramblers.

Producer DECO*27 has been one of the most consistent names in the Vocaloid music community since debuting in 2010. He made a name thanks to songs merging the digital singing of Hatsune Miku with guitar chugs and a little bit of hard-rock swagger, never getting too aggro with it. His latest album Android Girl continues this tradition, highlighted by the skittery rush of the title track and breakneck cut “Mosquito. DECO*27 takes a few detours into dance-pop along the way, but Android Girl sticks to what has long worked. Listen above.

Former School Food Punishment members Masayuki Hasuo and Hideaki Yamasaki new project siraph shared their debut album this week, drawing on their old project’s approach to rock while introducing new flourishes into the fold. Their first full-length zig-zags from the dance-pop strut of “damp damp” to jazz-dappled numbers such as “hyos” to a handful of more mid-tempo rockers. Running throughout are the lovely vocals of lead singer Annabel and an attention to detail revealing new details with each go through. Read our original post, or listen to a sample above.

I wrote a few weeks back that PASSEPIED “haven’t delivered a really great standalone album since forming” ten years ago. More Humor gets them closer to managing that then any release by the band in the last decade. Across these 10 songs they branch out enough and sound engaged for the first time in a few years, shaking things up with the jittery “Graffiti” and doing melancholy dance-pop right on “Kemuri.” Enough flashes of the group they’ve been come through — see the up-tempo groover “R138” if you crave the band’s looser origins — but now also makes room for something like “Da,” full of space-age synth melodies and vocal tricks. Time will tell if this one earns that “great,” but it’s a triumph for a band long looking for one. Listen above.

Maybe an online atmosphere shaped by access to a seemingly endless supply of different music caused a generation of artists to really blur what “genre” even means anymore, or possibly tofubeats’ impact on Japan is finally becoming clear. Rising artist Mom probably should be studied by those obsessed with what the young people of now are all about, as latest album Detox zooms all over the place. He’s capable of Auto-tune soaked rap rumblers one second, before pivoting into the type of sunny pop peppered with positivity that the country’s industry loves, and then twisting again towards minimalist R&B. Part of the charm is Mom’s ability to just go for whatever, but he also makes most of Detox land. Listen above.

There’s been a movement in Japanese experimental music in recent years towards textural madness. From the wonky dance creations of Foodman to the sample madness found on Wasabi Tapes, a new generation of creators are putting the focus on individual sounds. Koeosaeme’s OBANIKESHI ramps all that up. Something sounding like tape rewinding at lightspeed bleeds into vocal samples tripping over one another before a rush of synths zoom by and then strings creep in. It’s disorienting and fascinating and all contained on “Azimuth,” the first real song here. This album finds pattern from unlikely places, and really sees how visceral sound can get (check the song “Meat Texture” which…is pretty much just that). Listen above, or get it here.

PASSEPIED Is Just the Right Amount of Jittery on “Graffiti”