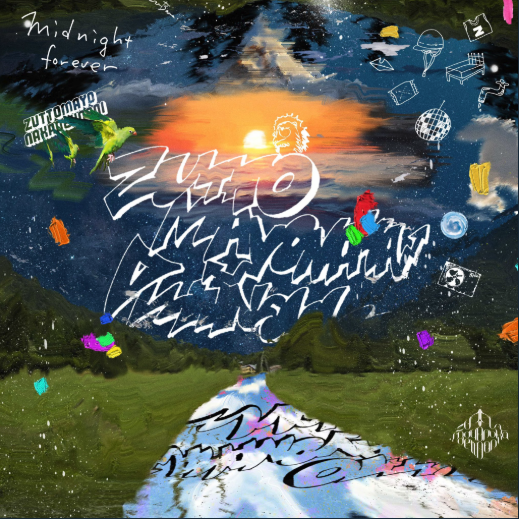 Lots of great Japanese music comes out every week, but keeping track of it all is a tough task. The folks at OTAQUEST want to help. In this series, we’ll cover new Japanese music highlights from various areas of the industry over the past seven days worth your time. This week: on-the-rise bands making zippy music capable of standing on its own legs, a melodica player revealing a whole new world of potential and a virtual cat.

Like a lot of trendy young projects starting to climb up the J-pop charts after conquering YouTube, ZUTOMAYO’s biggest songs often come accompanied by dazzling animated videos that enhance the whole experience of listening to their zippy post-Gesu no Kiwame Otome rock. That’s all dandy — the music environment of 2019 often demands more from artists than just music, so might as well do these new demands well —but don’t let it trick you away from enjoying Hisohiso Banashi as a purely sonic experience. The project’s first full-length album features rollicking numbers merging splashes of jazz and rock to prop up singing that’s not afraid to embrace emotion, while also showing a skill for slower numbers (“Dear Mr. ‘F’” being a stand out of this). No images required, because the music itself handles itself. Listen above.

I’ll leave it up to the individual listener to determine if “kawaii bass” constituted an actual sub-genre of electronic music in the 2010s, or was just a perky mutation on familiar sounds. Whatever the case, Nor and YUC’e helped define the maximalist sugar rush, and their joint project beignet captured this sound wonderfully over the last few years. They put together a best-of album titled re:new Memory gathering up almost all of the tracks they worked on, and the final package features a mix of straight-up bangin’ electro-pop alongside numbers showing that cuddly pop ideas can coexist alongside wild drops. Get it here, or listen below.

Speaking of Nor, here’s another one of their side projects…and this release features YUC’e providing vocals on the titular cut so it’s kind of an extension of the beignet release above. To be real here, the stuff put out under the Alice room moniker isn’t much different than beignet or even Nor proper, though let’s appreciate the bass lines that pop up on the stuttering bounce of “Icy Playground,” giving this one a funky edge. Still, for Nor completists and those fond of Technicolor electronic tracks, make sure to add this one to the bunch. Get it here, or listen above.

Osaka’s Yunovation popped on a lot of people’s radar thanks to her proficiency with the melodica. That instrument appears all over her first full-length album Hogaraka Ni — and she really gets the most out of it, just check the jolly skip-and-hop of “Roki Store” to see how she transforms something most Japanese preschoolers are forced to study into sonic sunlight — but the revelation here is how much more she offers up. She’s writing full-fledged pop songs here, sporting her voice bouncing over twinkly keyboard melodies and skittery beats. The songs here are playful and catchy, revealing a new potential to an artist who was already flexing a lot of promise. Get it here, or listen above.

All my love for this one stems from “Take Me Out,” a track finding electronic duo TEMPLIME and vocalist Hoshimiya Toto hitting on the perfect blend of bounce and nerves. Few songs released this year just nail that jittery feeling of turning over potential regrets over in your head, all while maintaining a floor-ready bounce. That one is one of 2019’s finest, and the EP surrounding it offers some other good moments too. The opener captures their kawaii-fied take on garage well, though shout out to “Eraser” which…is a straight-up indie-pop song featuring acoustic guitar strums? Following the perfection of “Take Me Out,” that’s a curveball I’m ready to take right in the chest. Get it here, or listen above.

Not to be overly showing off my lack of knowledge on this specific artist but…what is up with Virtual Cat? This producer — I mean, I assume this is the alias for some existing name, allowing them the chance to play around under a feline disguise — has released a lot of albums, highlighted by this Organic Cat offering. This one features some of the more diverse sounds Virtual Cat has cooked up to date, running from slightly glitched reflections (“August 32”) to faded beats (“Canvas”) to chilled-out strolls (“Cold Wind”). It’s an engaging set, whoever it comes from. Get it here, or listen above.