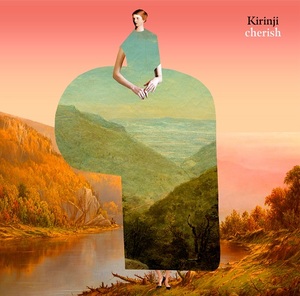 Lots of great Japanese music comes out every week, but keeping track of it all is a tough task. The folks at OTAQUEST want to help. In this series, we’ll cover new Japanese music highlights from various areas of the industry over the past seven days worth your time. This week: a long-running project letting loose a bit, krautrock-indebted rock to fry your brain too, and one of the bigger acts in J-pop delivering a swaggering set.

Long-running project KIRINJI has always had a little bit of pep in their step, even when they were mostly penning jolly indie-pop numbers in the 1990s that fit in well with the then-vibrant Shibuya-kei community without being tied down to it. They’ve undergone a lot of changes over the years — sonically and line-up wise — but latest album cherish represents either a clean start for KIRINJI or something resembling a pleasant mid-life crisis. This sees the group just totally indulge in their dance-pop fancies to the point of perfuming themselves in Auto-tune on multiple songs or even getting downright (gulp) sexy on a few songs here. It can border on the ridiculous — I’m still not sure if bouncer “Pizza VS. Hamburger” is on some “Combination Pizza Hut and Taco Bell” cleverness or it’s just pure filler — but the group delivers it all like a well-executed dad joke, adding in enough winks to make sure this pivot to funkiness isn’t too serious. Better yet, KIRINJI’s world becomes a whole lot richer when they welcome in guests, such as YonYon on spacious nocturnal strut “killer tune kills me” or rapper Chinza Dopeness on the playful “Almond Eyes.” Listen above.

“The band bassist Gotoh says that the concept is about the evolution of the human race and the beginning of the universe,” goes the description for psych-rock group Dhidalah’s debut full-length album, and that one gives you a pretty good picture of what to expect. If that doesn’t convey what to expect, know that this one comes from Japanese label Guruguru Brain, one of the premier imprints in the country for psychedelic rock, highlighted by the popular outfit Kikagaku Moyo. The songs here aren’t even slow burners, they just blaze on for upwards of ten minutes, with Dhidalah taking cues from the hypnotic world of krautrock to construct galloping numbers that pull you in with their repetition, and slowly reveal new details as they go on (save for shortest inclusion “Adamski,” which just kinda flares up right away and leaves a mark quickly). It isn’t quite something to zone out with, but rather something to let absorb you and let it take you on a trip.  Get it here, or listen above.

Producer Oyubi has been one of the most promising names rising up the ranks of Japan’s footwork community, getting nods of approval from pretty much every established artist in the scene via a steady stream of albums and EPs. Yet new offering Tek99 offers a different side of his sound. Here, he tackles the sound of ghettotech, creating high-energy numbers built around stiff drum programming and scream-along-vocal samples. Oyubi spends a little time touching on his preferred style — see the liquid-funk footwork of “Oh Yeah” — but the bulk of this is a raunchier blast. Get it here, or listen above.

The whole lo-fi-hip-hop-beats-to-study-and-chill-to boom of a while back really did a number on jazzy instrumental tracks. You hear a rhythm machine and some bright synthesizer melodies, you have images of anime girls crunching algebra problems in their heads. While there’s nothing wrong with getting a little focus, it also results in more active beat-centric music not getting the shine it probably deserves. Kazumi Kaneda’s Morpheme Tone definitely falls into the latter category, as this set finds the multi-instrumentalist creating beats prone to twisting and transforming into new shapes over the course of just one number. Slick piano melodies slide in following funkier electronic passages, rhythms switch up suddenly and the whole thing carries an air of improv more relaxed productions lack. You might be able to get some work done while this is playing in the background, but it is far more demanding of attention and rewards those who let themselves see where Kaneda will take them. Get it here, or listen above.

To be a top-level pop act, you need to bring a certain swagger to everything you do to show that you belong. GENERATIONS from EXILE TRIBE deliver just that type of energy across new album SHONEN CHRONICLE. From the opening hype-up number “A New Chronicle,” the group offers up fidgety up-tempo dance-pop numbers, highlighted by the uneasy rush of “G-ENERGY” and the EDM-laced lift of “MAD CYCLONE.” Over the course of these songs, they go from singing to rapping to coming together to deliver soaring choruses. SHONEN CHRONICLE also finds the outfit embracing a more supportive tone, with songs that are aimed at uplifting their fans. Check the reflective “DREAMERS,” or let the bounce of “EXperience Greatness” help push you towards actually chasing your goals.  They flex plenty of variety too, from a handful of ballads, a chuggin’ rocker in the form of “SNAKE PIT” (sounds scary) and some lighter pop fare. Yet this one works because it is a group at their peak popularity getting comfy in that position, and using it to spread some good vibes around. Listen above.