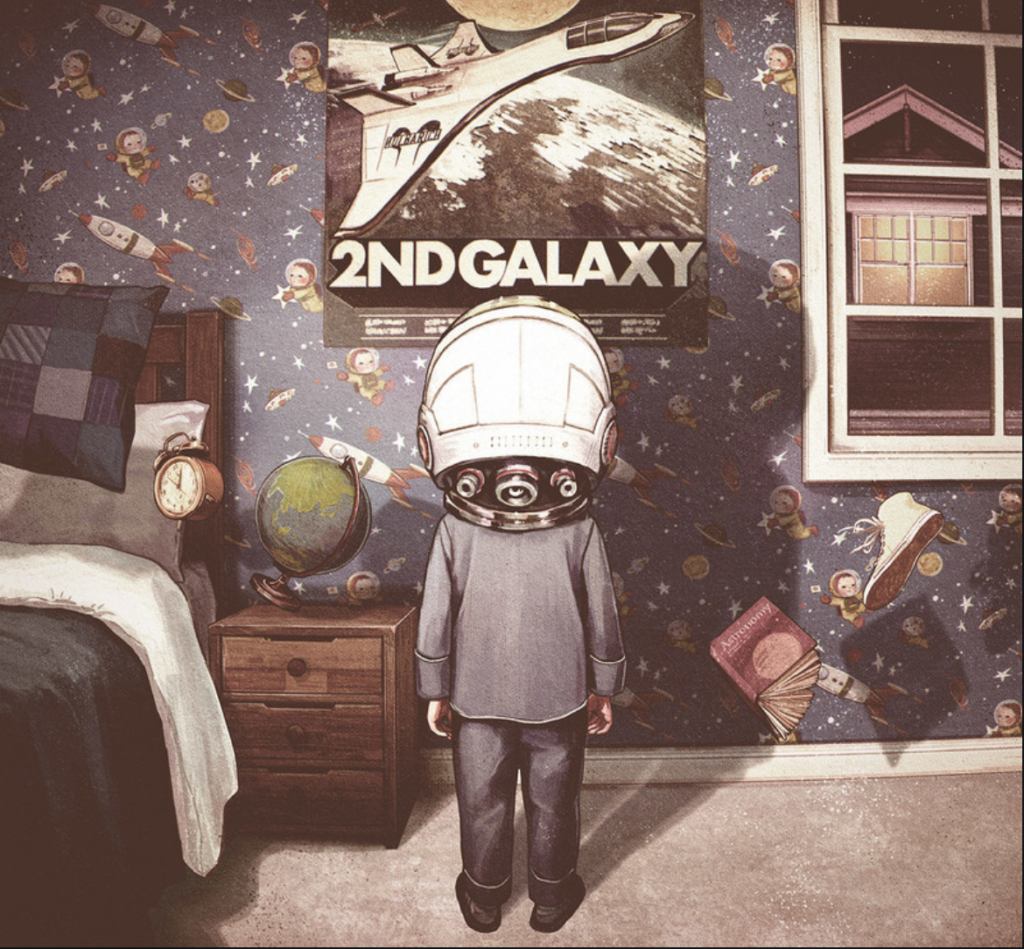 Lots of great Japanese music comes out every week, but keeping track of it all is a tough task. The folks at OTAQUEST want to help. In this series, we’ll cover new Japanese music highlights from various areas of the industry over the past seven days worth your time. This week: modern Japanese funk revealing new dimensions to itself, a long-running project returning to its original lineup but still pushing forward, and topsy-turvy Vocaloid productions.

Coming up alongside similar funk-inspired bands like Suchmos and Lucky Tapes, Nulbarich is enjoying a breakout year in 2019. They’ve moved up to marquee status over the past 12 months, first with full-length album Blank Envelope and then providing the opening song to the anime Carole & Tuesday. The band cover that tune, “Kiss Me,” on new mini album 2nd Galaxy, revealing a new perspective on the number while still holding on to its original charm. That’s kind of a theme running throughout this set, as Nulbarich add new dimensions to their work — best represented by the arena-ready, EDM-tinged “Rock Me Now,” though the shimmering “Look Up” does something similar worth celebrating too — while still featuring plenty of their bread-and-butter mid-tempo funk. It highlights everything that has helped them to break out, while showing where they could go next. Listen above.

Not to repeat myself but — the idea of “genre,” or at least the strict adherence to confining one’s self to certain styles, is vanishing from Japanese pop. Add eill to the list of artists eager to jump all over the place, with new album SPOTLIGHT being a particularly intriguing example. This is music aimed straight at young folks, complete with shouts out to Netflix on the song “20” (itself kind of a Zoomer take on “22”) and dips into hip-hop, dance and much more. It can be downright dizzying, like on the high-def skipper “Ma boy” or the house-hop of “Fly Me 2,” complete with dramatic build and Technicolor chorus. She plays around with a lot of ideas over the course of this album, and isn’t afraid to create a mish-mash, but she balances everything out to offer up one of the more accessible takes on everything goes. Listen above.

The first m-flo album to feature original member Lisa as part of the lineup since 2002 isn’t a simple trip down memory lane, but rather a chance for the group to try out a whole bunch of new ideas. The project’s ninth album gains extra energy from the return of Lisa, who bounces over the beats and spurs Verbal to deliver some of his best rhymes in recent years. It’s an album at times melancholy, and often times springy (see the floor-focused dash of “No Question”), and featuring “Human Lost,” m-flo’s border-crossing collaboration with Spansih-language superstar J. Balvin. It’s a return to their roots, but it’s also a reminder that they are every bit as part of the Japanese musical fabric in 2019 as ever before. Listen above.

The beauty of Vocaloid software is it allows you to do whatever you want with synthesized voices. If that entails creating topsy-turvy electronic numbers sometimes bordering on the creepy, go wild! Kikuo’s Kikuo Miku 6 presents some of the wonkier uses of Hatsune Miku’s digi-voice, setting it against what sometimes sound like Burton-esque circus music or tipsy synth flashes. Yet this isn’t a simple experiment in weirdness for weirdness sake, as Kikuo comes up with some great melodies out of all this. Though the best parts are when Kikuo takes the familiar parts of Vocaloid and transforms them into something totally new…and usually really disconcerting. In a good way, that is.  Get it here, or listen above.

Although Japan’s Seiho and Los Angeles’ Matthewdavid approach the songs making up this split EP from different perspectives, Spore Drive Split ends up as a celebration of individual sounds and how they come together. The two artists have been in each other’s orbits for the bulk of the 2010s, having played with one another on both sides of the Pacific. So it’s a natural collab, even if both boast different approaches.  Seiho’s two songs are more high-def, featuring bird chirps and string plucks being interrupted by blasts of electronic noise on “Ring” and warped voices wrapping around hoots and synth squonks on “Triangle.” Matthewdavid’s side could be more accurately described as “lo-fi,” as everything blends together a bit more, only for all those elements to form a hypnotic whole. Here are two approaches to sound that sound distinct, but share a lot in common. Get it here, or listen above.

The shimmering sounds of 1980s synth-pop remain a powerful lure to young artists trying to find the style that fits them best. The team of Brinq and Misatsun tap into the era as Haretokidoki, loading up their songs with bright keyboard notes and machine-generated beats that give every song a dance floor motor, even when the lyrics reveal a little more ennui and longing lurking underneath. Debut album Nebula of Reminiscence gathers some of their biggest pop moments yet — ”Kiss Me” and “Touch Me” remain really bright and romantic dance-pop numbers, showcasing Misatsun’s voice at her best — while also flexing a little more variety and some clever between-song interludes. The sound of this full-length is rooted in yesteryear, but it sounds urgent. Listen above.