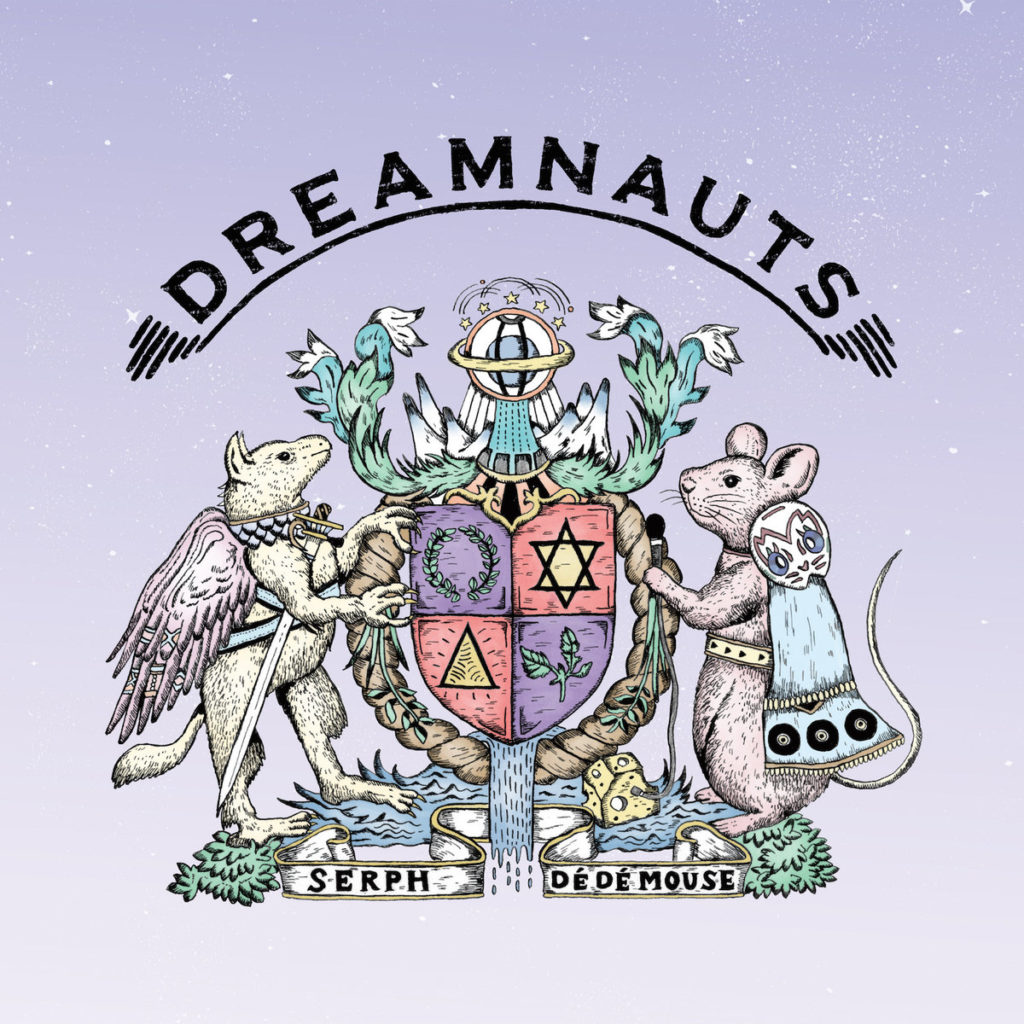 Lots of great Japanese music comes out every week, but keeping track of it all is a tough task. The folks at OTAQUEST want to help. In this series, we’ll cover new Japanese music highlights from various areas of the industry over the past seven days worth your time. This week: a collaboration a decade in the making, clever and captivating takes on city pop, and some shout-a-long garage rock.

Electronic artists Serph and DE DE MOUSE have been making music for basically the same stretch of time. Both have developed devoted followings at home and abroad thanks to their takes on the style — DE DE uses sliced-thin vocal samples to create twinkling dance numbers, while Serph loads up on strings and other orchestra-ready elements. Both bring a whimsical attitude to dance music, and their collaborative release DREAMNAUTS finds them producing a pair of songs featuring both of their tinkering, their approaches melding just right. Just as intriguing is seeing each remix older songs by the other, finding new perspectives while still being in the same zone as the original. Read our original post about the collab, or get it here.

It’s a myth that city pop is enjoying newfound attention over the last few years. While the ‘80s style is enjoying fresh love outside Japan, practitioners of the genre have kept with it since the economic bubble burst. Tokia Asako, formerly of Shibuya-kei band Cymbals, has been playing around with the shimmering sound of yesteryear for nearly two decades now, and has been finding novel new reads on it over that time. Newest album PASSION BLUE offers one of her best all-around releases to date by featuring dashes of modern electronic music — check the title track and the pitch-shifted breeze of “High Line” — while also just offering sleek takes on the style that has fascinated her for so long. Put “Utsukushii Kao” and “That Summer” up against any Japanese pop song this year. Listen above.

The Japanese rock community has featured plenty of garage rockers bringing a shambling energy to the forefront, and trio The Highmarts are a welcome addition to that lineage. They’ve been kicking around for most of this decade, and this one-two punch of a release offers a great in to their high-energy rock sound. Both numbers here offer a little bit of clever subversion around the garage rock spirit — they find The Highmarts flipping traditional gender roles in garage rock songs — but also just flat out deliver the let’s-start-a-band power that defines the best bands in this world. Get it here, or listen above.

No Enon Kawatani project can go forward without a lot of melancholy, even the groups he isn’t technically a part of. DADARAY finds him working from a songwriting position, but hands the actual musical duties over to Gesu no Kiwame Otome bassist Masao Wada alongside katyusha and REIS, who provide vocals alongside other musical flourishes. They bring a different sonic flavor to the music — primarily through the singing, DADARAY’s strongest suite — but a lot of the other details are pure Kawatani, running from lyrics leaning towards the sad and a fondness for intricate pop. This EP features some thrilling details that help separate it from the Kawatani crop — vocals get warped, which hints that his infatuation with netlabel acts is bleeding over into these efforts — while boasting some really catchy moments too (“Setsunadareka”). Listen above.