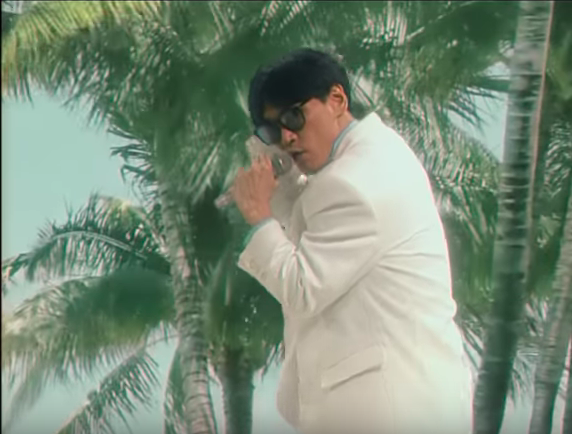 Trying to make sense of Japanese music in 2019 has proven to be more challenging than usual. Blame that on the start of the Reiwa Era. The first few months of the year seemed devoted to all things Heisei, including music coverage. Even new songs released by contemporary acts dwelled on this changeover. If most of the first six months have felt like an extended karaoke session with middle-aged co-workers, I don’t blame you.

Get past the gyaru-age nostalgia, though, and 2019 has revealed a lot of major changes unfolding in the Japanese music community. Seeing as we’ve reached the midway point of the year, here are a few of the bigger lessons we’ve picked up so far.

Streaming has finally arrived in Japan

In late June, the pop-punk band WANIMA allowed all of their music to be uploaded to streaming services such as Apple Music and Spotify. This moment marked the biggest sign yet that such platforms have finally established themselves in Japan, a country that has been hesitant to shift towards digital platforms. WANIMA — the biggest pop-punk group going — has long held out. With good reason, seeing as they could still move a chart-topping number of physical units. Of all genres out there, few are as locked in a moment of time than pop-punk, but even this trio realized the world was changing. They made the announcement via a — irony alert! — a handwritten letter.

Every week in 2019 sees another established act debut their catalog to streaming, with this year seeing BUMP OF CHICKEN, Mr. Children, Namie Amuro and many more appear on platforms that have become the go-to in most international markets. Numbers back it up, as reports released earlier this spring showed that streaming has made significant inroads into Japan, and helped lead the nation’s industry towards growth in 2018. It feels safe to say streaming has established itself in the Japanese market, and the industry isn’t as scared as this frontier as before. A lot of development remains to be seen — the number of users has increased, but still pails in comparison to other major nations — but a country long seen as hesitant towards internet music is indeed heading that way.

Streaming platforms and YouTube are creating a new generation of superstars

The utopian vision of a streaming world is that, with access to a seemingly endless amount of music and with help from our tech overlords, listeners would be exposed to all kinds of new artists, many of which never would have time in the spotlight in the old days.

It hasn’t quite worked out that way. While a few independent artists in Japan have benefitted, the charts on Spotify and Apple Music feature a lot of the same names that traditionally did well on physical-centric rankings. WANIMA, Mr. Children, ONE OK ROCK… not to mention recent domination from the Aladdin soundtrack.

Streaming, however, has also revealed a new generation of stars on the rise. The major streaming platforms in Japan see young acts such as Aimyon and Masaki Suda, alongside relatively new bands such as King Gnu and Official HIGE DANdism. All of the above have used streaming as a way to connect with younger listeners, and have set themselves up as the next generation of big names.

(One notable exception — Kenshi Yonezu, easily the biggest artist going in Japan right now. He hasn’t shared his music on streaming domestically, but that sure has failed to make a difference. Book it now though — he’ll be one of the bigger names in the next year of Japanese music to put all his music on streaming at once, and it will be a major carrot dangled in front of audiences who still haven’t come over.)

Heisei nostalgia isn’t going away (or: some things don’t change)

Reiwa might be here, but Heisei memories still persist. Don’t expect them to go away anytime soon, especially with a mad scramble ahead of the 2020 Olympics in Tokyo looming. Arashi is still dunking all over the competition sales-wise after all.

Credit to Azusa Ogiwara of Real Sound for writing a great essay in Japanese on this emerging community. Over the past year, a new wave of women (or female-fronted projects) have found massive success via social media sites and YouTube. They’ve done so free from existing spaces, and have had the chance to showcase songs with a rock foundation that feature all kinds of intricate twists, detours into rap and outright screeching, and vivid lyrics. The group really underlining this in 2019 is Yorushika, who have been enjoying massive online attention and will release their second album of the year later this summer.

One of the more surreal J-pop moments of the year was hearing Kyary Pamyu Pamyu’s music in John Wick 3. It’s a baffling combination, even if it only lasts a few seconds, but it underlines one lesson that has become very clear in 2019, as the decade nears an end. Kyary, who has had an interesting last few years at home in Japan, is one of the defining Japanese artists in the international mind over the last ten years. Her placement in the biggest gunplay film of our time underlines that — when people think “Japanese music” in Hollywood, her playroom pop comes to mind.

Joining her are Perfume and BABYMETAL, groups that played at the most buzzed-about festivals in the United States and England respectively. The prior wowed at Coachella this Spring, while the latter wowed at Glastonbury. They also remain among the most covered Japanese acts in the English language. None of the three are stopping anytime soon, but halfway through 2019, it is clear their legacy is already cemented.

Sakanaction released the best video of the year, good luck beating it

Unless you can pull off an ‘80s vibe somehow better than this while also including a guy wearing an oversized suit that would make David Byrne proud, you aren’t topping this.