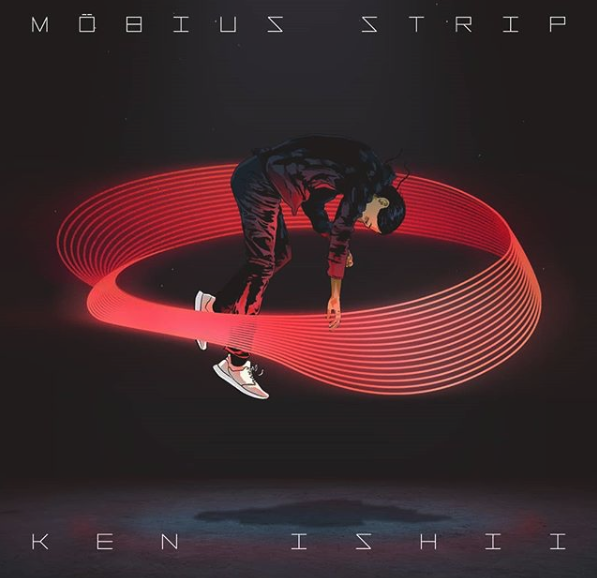 Lots of great Japanese music comes out every week, but keeping track of it all is a tough task. The folks at OTAQUEST want to help. In this series, we’ll cover new Japanese music highlights from various areas of the industry over the past seven days worth your time. This week: a triumphant return from one of Japan’s best electronic acts, the latest from the ever-prolific Enon Kawatani, and an idol quartet picking up the pace.

Thirteen years is a long time for anyone to go without releasing an album for anyone. Celebrated Japanese electronic artist Ken Ishii has kept plenty busy since 2006’s Sunriser, but waited until now to release the proper follow-up to it. Möbius Strip shows that the pioneering dance creator still has it, no matter how long listeners need to wait. As has long been true of his best works, Ishii squeezes a lot of emotion out of a small set of sounds. That’s clear from opener “Bells of New Life” onward, whether Ishii plays around with space to create a clattering orchestra of small sounds on “Silent Disorder” or constructing crystalline soundscapes on “Prism.” There’s plenty of energy to go around too — ”Skew Lines,” “Acceleration” — but the range of things Ishii attempts really defines this one, and shows he isn’t slowing down. He just needs a bit of time. Listen above.

At some point this decade, all of Enon Kawatani’s musical ideas melded together into one sonic approach full of twisty-turny piano melodies and splashes of netlabel-adjacent electronic. It grew so uncontrollable that all of the outfits he is involved in and which once had distinctions between one another now sound distinctly Kawatani, even the ones technically without Kawatani in the lineup. Genie High stood out from other Kawatani-powered projects because of the wackadoodle set of people he corralled into one group. Born from a variety TV show, Kawatani got the lead vocalist of tricot, comedians and a composer who was caught up in one of the bigger non-Kawatani music scandals of the decade.  Yet rather than be short-lived novelty, Genie High might now be his most popular experiment going, and debut album Genie High Story reveals it is also allowing him a little more room to experiment while his other groups calcify. Not all this playing around works — there are a lot of TV talents rapping throughout — but this set does find Kawatani and crew (plus guest Aina The End fitting in nicely for one song) hitting on some novel twists balancing rock with dance music, along with some of the funnier lyrics he has thought up in recent memory (talents might not be good rappers, but they have timing down for sure). Given how much stuff dude has put out in 2019, the distinctive nature of Genie High Story makes it his highlight. Listen above.

Not long after releasing a self-titled album this past May, idol topliners Momoiro Clover Z return with a brief but swift EP. stay gold includes only two songs — along with their respective “off vocal” versions — but that pair of new numbers features a nice energy and pace. The title cut blasts off with guitar squeals and all-together-now “ahhhhs” before letting each member of the quartet get a chance to dash forward. That all comes together for a triumphant chorus sung in unison that really ups the emotional ante. “HOLIDAY” isn’t quite as heavy, opting instead for a lighter horn and bell arrangement. Still, Momoiro keep things skippy over that one, even as it gets a little cartoony midway through. It’s all a fitting speed for a group always moving forward. Listen above.