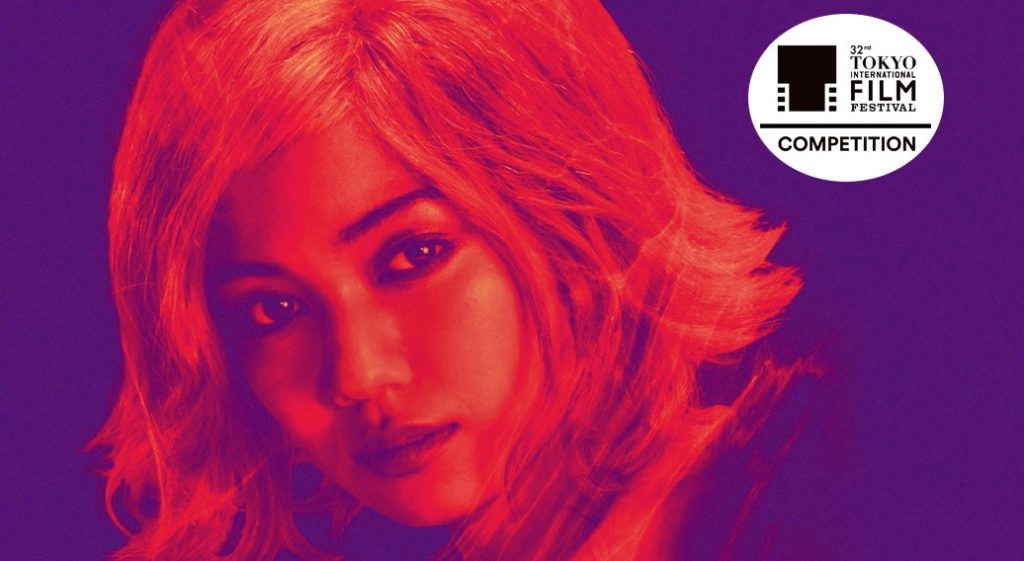 Last time, I directed the focus of my column towards the international awards circuit and the flaws with using such awards ceremonies as a barometer for the success or quality of Japanese, indeed any non-English language, film or release. In fact, in the time since that column released, the Hollywood Reporter released the first in their yearly series of anonymous Oscar Voter ballots and justifications, where they denounced even the idea of including a foreign film for Best Picture in regards to Bong Joon-Ho’s Parasite. ‘Parasite is beautifully done, but… I don’t think foreign films should be nominated with the regular films.’

But how about Japanese awards shows such as the ‘Japanese Oscars’? With a focus on celebrating domestic cinema, are they better-able to showcase and promote domestic cinema, singing the praises of the medium’s best work? And what about Japanese film festivals; what sort of films are often previewed at these events and, outside of obvious major festivals like the Tokyo International Film Festival, what sorts of events are worth paying attention to? In the second part of this two-part series within this column focused on awards and film festivals, lets shift focus towards domestic awards and the festival circuit, focusing on its strengths (and shortcomings).

With a bit more to discuss this week I chose to forgo the Future Film Focus section for this week, although I have briefly stated a few noteworthy films in passing throughout which I recommend readers pay attention to over the coming months. Let’s get into it.

Same Flaws, Different Country – The ‘Japanese Oscars’ as a Barometer for Japanese Cinema

While I briefly touched on the awards show’s existence last week, the closest Japanese equivalent to The Oscars would be the Japan Academy Film Prize, held every year in the Spring with this year’s event set to take place on March 6th. There’s ample criticism of how uninformed voters within The Academy can impact the Oscars and the winners of the various awards (with complaints ranging from the lack of respect for animated and foreign film, lack of understanding for the nuances necessary to accurately vote on awards like Sound Mixing and more being just some of the complaints raised against the awarding body), yet the Japanese Academy has an arguably larger issue holding it back: nepotism.

The simplest way to describe the Japanese production system for film is a comparison to the studio system of the 1920s to 1960s in the US. At that time, many US studios would produce films in-house with a rotating set of long-term staff. Ownership of companies at every step of the process guaranteed control over the process and a way to dictate dialogue surrounding cinema, including which films would be classified as a success based on their own choice of what to promote (often their own in-house major productions).

This system was eventually broken up over the course of the 1950s and 60s in the US but is a system still alive and well in many respects within the Japanese business. Toho, for example, not only produce films but own the Toho Cinemas chain of multiplex theatres. The production committee system also hasn’t helped matters, as it can be slow to adapt to new trends in entertainment consumption and new genres of entertainment as it relies on a small number of companies working together to produce films with a share of financial burden, these films often being safe productions, remakes and adaptations. 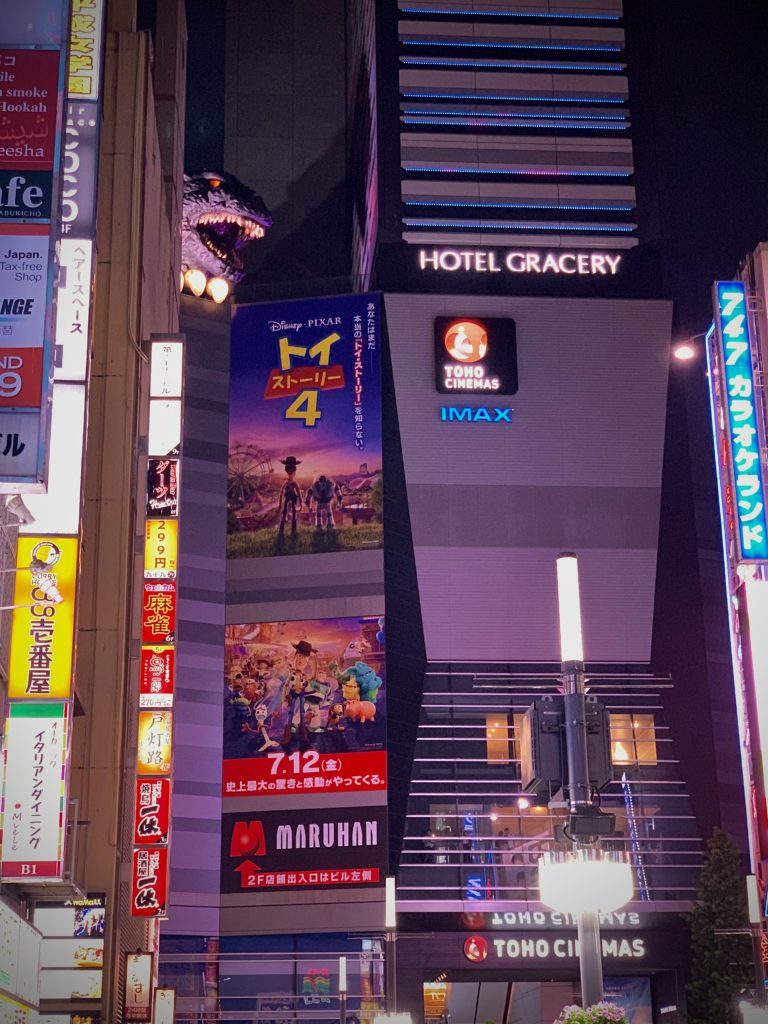 This system seeps its way into the Japanese Oscars, to an extent. With estimates that the current number of members in the Academy stands at roughly 4000 members, roughly 1500 of these members come from major production companies, something often visible in the sorts of films which sweep nominations and victories. The Third Murder, a film by Kore-eda Hirokazu and produced by Toho and GAGA, was nominated for 10 awards in 2018, winning 6 including the major awards for Best Director and Film. Often, the films which win these awards are films with major promotional campaigns surrounding their release and large box office successes, making indie darlings like One Cut of the Dead the rare exception when it’s success made it impossible to ignore. Even then, it failed to win that year, and over the 42 year existence of the award the major production companies of Toho, Shochiku and Toei have taken an overwhelming majority of the prizes.

With the Japanese Oscars being the largest awards show they often receive the majority of attention, especially internationally, which makes these issues more difficult to ignore. In spite of this, public commentary on this, as expressed by Takeshi Kitano, is rare, partially due to their influence in the industry. You don’t want to bite the hand the hand that feeds you, after all. With this being the case, it makes more sense to pay attention to some of the alternative awards ceremonies, alongside the film festival circuit for indie releases, in tandem with these awards.

Perhaps the most worthy of attention are the Kinema Junpo Awards. Awarded by Japan’s longest-running and mot well-regarded film magazine ever since 1927, these awards often place a greater degree of focus onto independent features and films produced by companies other than the major production companies. This year’s winner, It Feels So Good, wasn’t nominated for any awards by the Japanese Academy, while the reader’s choice, Another World, similarly failed to receive recognition. If you want to discover a wider range of Japanese films, looking through these multiple awards shows can highlight both popular and niche movies alike, while the alternative can be to keep an eye out for the films receiving the majority of attention from the Japanese film festivals.

This can include the obvious major festivals such as the Tokyo International Film Festival, whose most recent event premiered both the most recent Tora-san film and A Beloved Wife which I’ve discussed in the past alongside hard-hitting documentaries like i: Documentary of a Journalist, Takashi Koyama’s well-received directorial debut Colorless and the adult fantasy international co-production Barbara, directed by Osamu Tezuka’s son Makoto Tezuka.

For me, however, I feel a better insight not just into Japanese cinema but the ongoing debate surrounding the various social issues facing Japan by looking at the smaller, regional and genre-specific festivals which often feature independent and smaller works worthy of larger recognition. For example, Rainbow Reel Tokyo is a yearly showcase of films from both Japan and abroad featuring LGBT characters and focused on LGBT issues, including the well-received Queer Japan documentary, similarly the focus of the Kansai Queer Film Festival.

The Aichi International Women’s Film Festival was a showcase of upcoming female directors once again in its 2019 orientation. For more artistic and specialist cinema, the Image Forum Festival features films from Japan and abroad which, while less accessible, are experiments exploring exactly what’s possible within the medium of film. Specific regional festivals often feature films produced within their regions alongside wider Japanese cinema as they often hold the dual purpose of promoting the region they are hosted within, as seen with the Nara film festival.

Unlike international film festivals where success can boost its domestic profile (if only in a limited sense outside of prestige events like Cannes, where success for Shoplifters propelled its domestic box office returns), success at many of these local festivals (many of which are not held in competition in any case) doesn’t necessarily boost its chances of success in meaningful ways. As a form of discovery for talented work by domestic filmmakers, it is arguable that these can be more illuminatory than many of the awards shows highlighted here such as the ‘Japanese Oscars’.

While I’ve mentioned this film more than once, including in my very first column, I wanted to revisit the film one more time, in lieu of a larger review, to discuss the movie now it has been made available for streaming on Netflix worldwide. While I would easily recommend this film to anyone, I specifically want to spend this brief moment tackling how this film chooses to portray cerebral palsy.

Rather than portraying Takada Yuma as someone to be pitied, which often occurs with disabled characters in film, they focus on their abilities, strengths and, most importantly, their goals. What amplifies this, however, is the contrast of these strengths with the coddling, sympathy and lack of trust imposed upon her by those around her. She’s not a co-worker or assistant on her friend’s manga, she’s a potential promotion tool and useful asset (she does a lot of the work yet when she’s not there they discuss whether being open about her support could boost popularity because she’s working with a disabled person). She’s capable of changing her own clothes and doing lots on her own, yet her mother interrupts and insists on doing it for her, while she doesn’t get a choice on even what clothes she wears unless it’s a bargaining tool against another piece of her independence.

It’s the little touches that help make this such a compelling movie experience from the first-time director. Stories focusing on disabled sexuality are all too rare, and in many of the stories which do feature disabled protagonists and characters they’re rarely portrayed as being anything more than a stereotype, lacking agency of their own. It’s reflective of a society all too happy to push them to the side and ignore them, and in many cases infantilise them and treat them as children no matter their age.

When people are seen as defenceless, they often become a vessel for our own insecurities and ideas to be implanted upon, in the misguided ideal of love and care. As much as this story starts as a journey of sexual discovery, it evolves into a story of personal insight, for Yuma and the people around her. Taking the leap and going on the journey not only helps her learn this but helps her to discover everything the people around her hid from her in fear it was ‘too much’ for her considering her condition.

Coming of age tales centred on disabled people are rare, and this is a tale about someone coming of age much older than many would due to the way society unnecessary coddles such people when they’re not only capable of living for themselves but want independence. It’s unique place makes it an interesting watch in and of itself, while its strength of character and warm nature are the things which make it a must-see film.

That brings us to the end of the latest ‘Your Japanese Film Insight’ and our two-part coverage of the Oscars and the various Japanese awards ceremonies. Are there any films you want to see discussed in the future? Contact me directly on Twitter @socialanigirl!