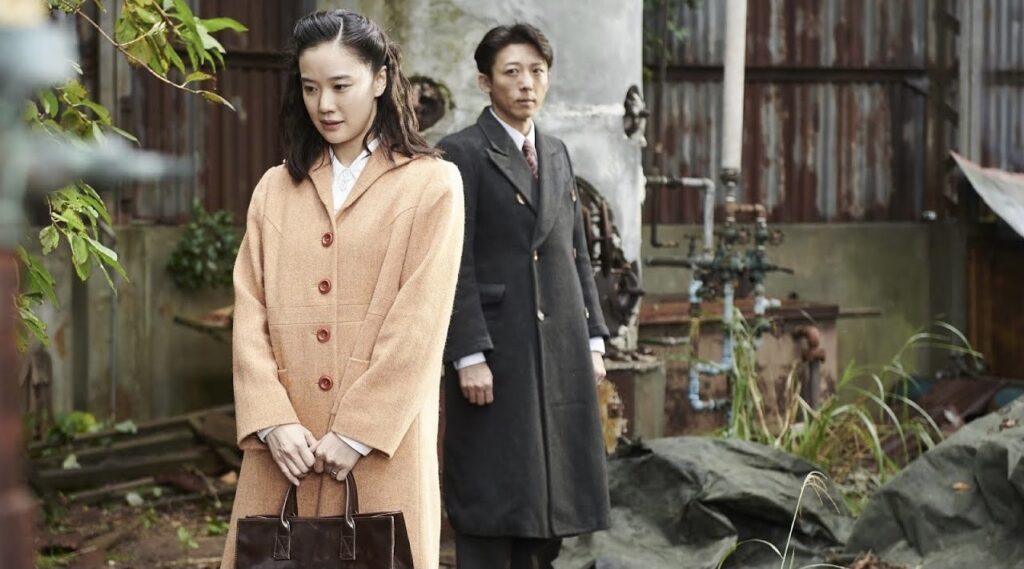 COVID-19 has ravaged cinemas around the world, and the only reason that the impact was less severe in Japan was because of Demon Slayer: Kimetsu no Yaiba Mugen Train single-handedly resurrecting the Japanese box office late last year. The fallout impacted the reach and visibility of several films that were left seeking theatrical distribution in these turbulent times. As affirmed by Japanese producers, releasing a movie in the wake of COVID-19 had its challenges, with the crisis having both positive and negative impacts on the movies they were working on.

As part of a look-back at the biggest hits of 2020, Eiga Natalie spoke to three Japanese movie producers on the impact COVID-19 had on their distribution plans, advertising, and box office returns, with some noting that the pandemic may even have increased the visibility of their work and allowed it to reach a wider audience.

Take Wife of a Spy, for example. This Kiyoshi Kurosawa-directed movie won the Silver Lion for Best Director at the Venice Film Festival, yet this theatrical version of a TV drama which followed a Japanese merchant in the 1940s Japan who seeks to uncover the truth of Japan’s acts in Manchuria was still left to release in Japanese theaters during a pandemic that kept many away from the theater.

The subject matter of the film was appealing primarily to an older demographic more likely to stay away from theaters. According to Fujimori Tomoka, the movie’s producer, to attract older Japanese audiences back to the theater, ‘rather than flashy promotions, we made it a top priority to attract audiences who like to read physical publications, and I think our work with bookstores in conjunction with the older novelization was a success.’

That’s not to say the movie wasn’t impacted. The pandemic ended plans of a Japanese premiere screening, and the development of promotional materials and box office targets were also modified. Although the film was regarded as a success by the produce: it entered the public consciousness alongside Naomi Osaka’s US Open victory as a ‘great Japanese achievement’ by Japanese publications, and you have to wonder if revenue would be stronger had it released in normal times.

Independent productions were somewhat helped by the lack of competition, giving them greater exposure. Around the Edge of the Stand, alternatively known as The Edge of Their Seats, is a small independent coming-of-age film adapted from a play. The movie is centered around four students, including two friends from the drama club, a former player who missed appearing in the game, and an honor student, who watch their school’s first round match in the national baseball championships. The coming-of-age movie was even ranked in Kinema Junpo’s top 10 films of 2020.

The producer of the movie, Kubo Kazuaki, admitted that had it not released during the COVID-19 pandemic, Japanese audiences may have seen the film in greater numbers. Still, indie productions are often produced on shoestring budgets and released in a small number of urban theaters that carry the film to profitability. Despite often having limited numbers of screens, they noticed the film’s success by how these theaters continuously extended the showing period for the film. In the end, having expected audiences of 15,000 people, total audiences reached 40,000 people with takings of 50 million yen ($461,000).

Another positive story from releasing in Japanese theaters during a pandemic came from Stigmatized Properties, the latest film from Dark Water director Hideo Nakata. This is a more comedic take on the horror genre that also centers the darker corners of the entertainment industry. In the film, TV entertainer Yamano Yamame moves into a so-called stigmatized property (buildings that people don’t want to live in due to bad events happening in them) in order to appear on a TV program. As the show takes off, he moves from one-such property to the next, but weird events start to happen.

Using the internet was key to the new promotional campaign for the movie, with the team working with YouTubers and creating web ads that captured the entertainment aspects of the film. However, when talking about the impact of COVID-19, producer Nishida Masayuki noted, ‘at the time the movie was released, Japanese cinemas were limited to 50% capacity. It’s possible that more people would have seen the film if capacity was 100%, but it’s also possible the film was a success because it released in these circumstances.’

The film was released without much competition in the early months following the re-opening of Japanese theaters, so that lack of competition could have worked to the film’s benefit. On the first day of release, evening shows were packed, and many theaters were nearly full, even for late showings. In the end, against expectations of 1 million people seeing the film, 1.75 million people saw it with overall returns of 2.3 billion yen.

Cinemas were obviously hit hard by the pandemic, and none of the Japanese producers spoken to by Eiga Natalie could definitively say revenues weren’t impacted by the pandemic. However, as plans changed, some noted the benefits of releasing at the time it did, and how their movies were still able to have a cultural impact on audiences regardless of their circumstances. Lessons will be learned as the Japanese box office continues to recover, and I hope we can hear more positive stories of movies succeeding in adversities like this.

Dreams on Fire Review: An Authentic Portrayal of Tokyo Dance Culture and Pursuit of a Dream