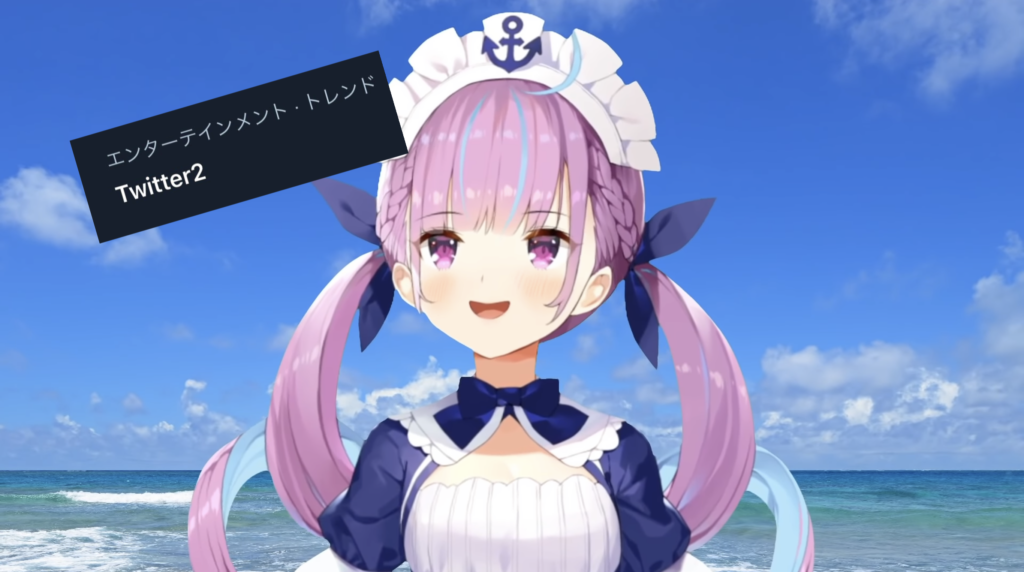 If you found yourself scrolling twitter yesterday, you may have noticed a most peculiar trending topic. For some strange, unknown reason, the phrase ‘Twitter2’ could be found trending on Twitter in Japan and, to a limited extend, worldwide, and yet the reasons for this strange trending topic were a mystery to many. Well, this trending topic was all the fault of a Japanese VTuber celebrating an anniversary and the limitations Twitter has in detecting phrases within tweets.

First of all, the culprit. VTuber Aqua was in a particularly celebratory mood yesterday, what with it being 2 years to the day since she first joined twitter. In order to celebrate this, she chose to tweet about it. In Japanese, this was noted with a tweet stating ‘なんと本日でTwitter2周年を迎えました’ (Wow, I’ve reached my 2nd anniversary on Twitter!). In response, lots of their fans responded with congratulatory messages about reaching the milestone, which similarly used the phrase Twitter2周年 (Twitter2周年おめでとうございます！, Congratulations on your Twitter 2nd anniversary).

This is where twitter comes into play, and to explain this unusual trending topic I’ll need to discuss how Twitter finds popular phrases and hashtags to populate its trending sidebar. To work out what phrases are popular, Twitter searches all the tweets being made on their service, and any spike in tweets using a single phrase over a short period of time is noted as a trending topic. However, this process struggles to pick up phrases which mix together 2 languages into a single phrase. Both English and Japanese characters can be found in the common phrase ‘Twitter2周年’, and since 周年, meaning anniversary, is a commonly used phrase in an everyday context, Twitter will ignore this and only share to other users that ‘Twitter2’ is trending, since it’s not a common phrase.

You can guess what happens next. With enough people congratulating Aqua to make Twitter2 a trending topic, causing people to see the phrase without the context of Aqua celebrating her Twitter anniversary, people got rather confused. What is Twitter2? What does it mean? People tweeting their confusion at the trend only caused the trend to grow further.

In the end, as with all trends, it soon died down, but it’s an amusing story that comes from a rather unique set of circumstances. A Japanese VTuber celebrating their anniversary, while using English and Japanese characters to say so, confused Twitter and created a trend that, in turn, confused everyone. Aqua found the funny side of it though.

Unfortunately, a brand new social media service called Twitter2 isn’t coming any time soon. Still, I’m not going to lie, I would be curious to see what the service would be like.