I finally had some time to listen to a few of the compilation CD’s that were released at this past summer Comic Market 96, and one in particular stuck out to me. These wonderfully curated music compilations usually contain songs that were made with a certain motif in mind, and Binzokomegane Girls Union’s newest compilation struck me as one of the most interesting. Check out the crossfade for Conceptive:

Binzokomegane Girls Union’s newest compilation CD, “Conceptive”, is made up of ten tracks by some of the most recognizable names in the Japanese electronic music scene. Quite a few of the artists, such as Lapix and Hommarju, have been featured multiple times in KONAMI’s BEMANI series music rhythm games, and the influence really shows. Something that really caught my attention about the whole compilation is that each track has its very own specific flavor, where on the other hand, compilations typically follow the same genre or vibe.

With Conceptive, each track is like a different color of the rainbow. The CD starts with Lapix’s signature high-tech style and then flows smoothly into PSYQUI’s emotional dnb track with an energetic jump-up section. And then, somehow, we basically wake up in the middle of Yggdrasil with a dramatic Gram track breaching over 200bpm. The rest of Conceptive just keeping taking us on a twisty, turny journey through genres and styles.

The jacket illustration for Conceptive was provided by Mika Pikazo, a Japanese illustrator who has provided their artwork to all sorts of media including manga and games, though is arguably best known for his work as the designer of Kaguya Luna. It looks like the CD comes with a small art book containing concept artworks from the compilation. 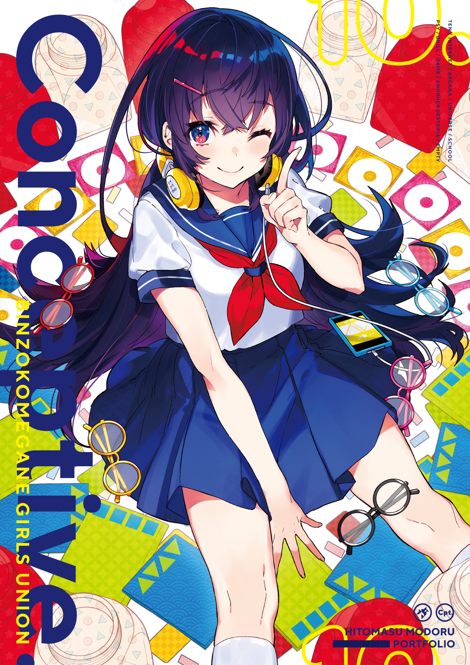 One track in particular that I’d like to highlight is BlackY‘s track FRAGRANCE. I’m a huge happy hardcore fanatic, and the melody makes my heart swell. There’s this super clean sidechain that kicks in once the songs drops, making the song super pumpy and dance-able. The midsection of the track is sort of pensive and thought-evoking, but then the frantic, happy main melody draws you back into the energetic vibe with a surprise key change. Completely amazing track.

Comiket 96 has already come and gone, but you can still grab Conceptive from a few places online, specifically through Diverse Direct, and some physical stores such as Melonbooks and Toranoana. You can see more info about how to get the compilation and artist credits on the CD’s official promotion site.