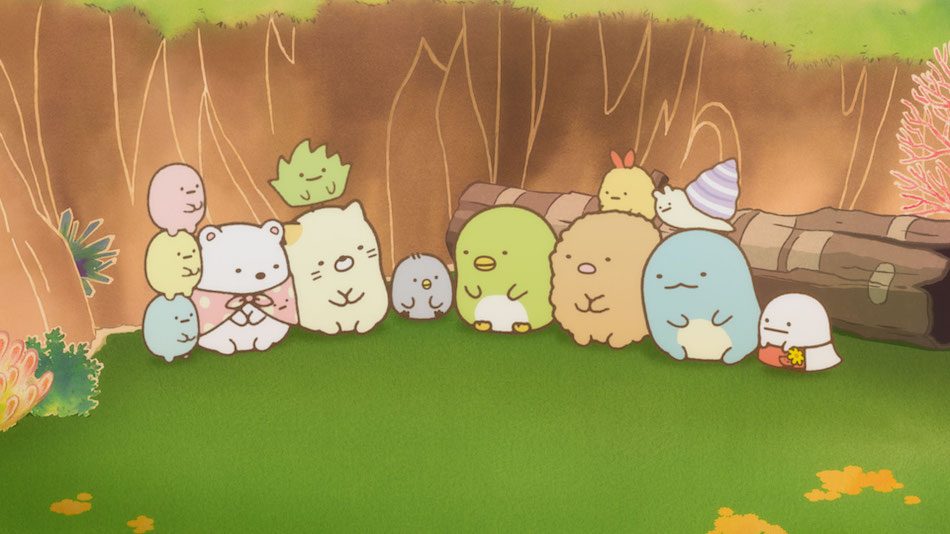 The frequency of online movie festivals is falling for several reasons, from the gradual re-opening of cinemas making in-person events viable once again to the end of the Summer-Autumn festival season that leaves only smaller, independent showcase events until next summer rolls around, outside of major exceptions like Sundance. Unlike the A-tier festivals like Tokyo, Venice, Cannes, Toronto and others, the events, these events are much lower-key by comparison, usually designed to bring major films from these festivals to smaller, regional audiences. Then you’ll have festivals like the JFF Plus: Online Festival, an event run by the Japan Foundation that showcases Japanese films to various countries around the world and which is taking the show online this year as a result of COVID-19.

The JFF Plus: Online Festival is replacing the in-cinema events the Foundation normally holds for an online showcase of Japanese films from recent releases to major hits from the last 10 years and older, with a number of anime and live-action films being selected for the event.

The Best of the Festival Lineup For Free

If you’ve caught any of the various online festivals that have hit computer screens since the pandemic started, some of the films featured in the JFF Plus: Online Festival will be familiar to you.

Tremble All You Want was featured at We Are One: A Global Film Festival that screened on YouTube back in May of this year, and is another film by director Akiko Ohku, who directed the 2020 Tokyo International Film Festival Audience Award winner Hold Me Back. Project Dreams: How to Build Mazinger Z’s Hanger and Gon, The Little Fox were both featured at Fantasia Film Festival. These are films that have made their way around the online festivals and made an impression, and while I unfortunately missed the opportunity to catch Project Dreams during Fantasia, the other films I mentioned are both worth your time.

Still, there’s more on offer here than just those. Having originally released in Japanese theaters in 2019, Dance With Me makes a welcome appearance in this online event. This Japanese movie musical follows the jukebox style of utilizing Japanese pop tunes for most of its soundtrack as opposed to creating original tunes, but this film takes full advantage of its concept for hilarious and enjoyable results. Dance With Me follows Shizuka Suzuki, a woman who is hypnotized by a conman hypnotist that leaves her unable to resist the urge to sing and dance whenever she hears music, whether that be a live musical performance or a mobile phone ringtone. Saddled by this, she goes on a journey across Japan to find the hypnotist that left her in this state to return to her normal life, with fun and hilarious musical performances dotted throughout.

While musicals aren’t traditionally associated with Japanese cinema, those that exist are often more than worth the price of admission, and this film is one to watch if you get the opportunity.

It’s not the only musical available during the festival, either. Taking us back to 2014, Lady Maiko is a Japanese transformation of Audrey Hepburn’s My Fair Lady musical classic. In this film, Haruko aspires to become a maiko, and for this reason makes her way to Shimohachiken, a geisha quarter in Kyoto. She’s accepted for an apprenticeship thanks to a linguistic scholar named Kyono who’s intrigued by her Kagoshima and Tsugaru dialect, where she sets herself diligently towards the goal of becoming a fully-fledged Maiko.

Using the sphere of the geisha to tell a musical story is a risky decision for sure, but the film dedicates itself to this concept with full-blown musical numbers in the style of the golden age of the American movie musical, which is part of the reason why the film was so well-received upon its release. As a film that was easy to pass up due to a lack of English availability upon its release, this could be a much-needed chance to catch the film for yourself.

Returning to newer releases, a section of JFF Plus: Online Festival is dedicated to romance cinema, many of which are were released in 2019 or 2020. We have January’s Our 30-Minute Sessions, a music-driven romance film. College student Sota picks up a cassette tape left behind by musician Aki which, when played back, allows Aki to take over Sota’s body for 30 minutes. Using this opportunity, they rush to reunite a band that split up and brings a smile to Aki’s girlfriend Kana’s face. Then you have Little Nights, Little Love, a scaled-down romance film that follows Sato as he seeks to propose to his girlfriend Saki on their 10th anniversary after first meeting while collecting a survey outside Sendai station.

It’s easy to overlook documentary films at festivals such as these, but there is one that stands out as a worthwhile viewing experience among a strong lineup of films. Tora-san in Goto is a 2016 documentary filmed over 22 years since 1993 that chronicles the life of a large family, including their kids, that makes their living as udon noodle makers in Goto, Nagasaki. Such long-form documentary filmmaking over two decades is rare, and in this regard, it’s a unique experience worth catching for the concept alone.

And I still haven’t had a chance to note everything featured here. After all, even if these newer films aren’t of interest to you, you can always catch the 1952 Yasujiro Ozu classic The Flavor of Green Tea Over Rice, with other movies also available.

Anime and Beyond: Japanese Stop-Motion Filmmaking

There are many films I could feature in the JFF Plus: Online Festival lineup, but I want to spend some time discussing the festival’s anime lineup. Where this anime lineup lacks in new releases, it makes up for it in variety, showcasing the wider Japanese animation industry beyond hand-drawn and major studio-produced anime productions.

While I’ve already mentioned the inclusion of Gon, The Little Fox, a number of other stop-motion productions are also featured. This festival will provide audiences with a rare chance of checking out director Takeshi Yashiro’s wider stop-motion filmography. Two Norman the Snowman short films will also be available to stream alongside Moon of a Sleepless Night, making for four films from the director in total.

Away from this, while Sumikkogurashi may not be the first name that comes to mind when it comes to anime features, this children’s anime production is a welcome inclusion to the festival as a film most international audiences would likely overlook otherwise.

The remaining anime productions featured in the festival are all Production IG creations. A variety of short films from the company, including Masaaki Yuasa’s Kick-Heart, Li’l Spider Girl, Pigtails, and more, while the company’s 2007 60-minute feature Tokyo Marble Chocolate will also be screened at the event. Some may find the anime selection disappointing due to its lack of major new releases, but the variety and highlight of these older releases make up for that.

The JFF Plus: Online Festival is varied in terms of content, and best of all? Just like the recent MOOSIC LAB showcases, these films will stream for free to all regions the festival is available in. The festival will screen at different dates in different regions with slight variations in the lineup based on country.

Starting from November 20th-29th Malaysia, the Philippines and Thailand will be able to access the festival, followed by South Korea, New Zealand, USA, Cambodia, India, Indonesia, and Australia from December 4th-13th. It’ll then stream in other countries in Asia, South America, and Europe, as well as Canada, in 2021. Each film will only be available for 24 hours after the scheduled start date and time, although dates and times for the December selection of countries have yet to be revealed.

You can view the full lineup at the JFF Plus: Online Festival streaming hub.