Jigokuraku TV Anime Announced as Manga Comes to an End 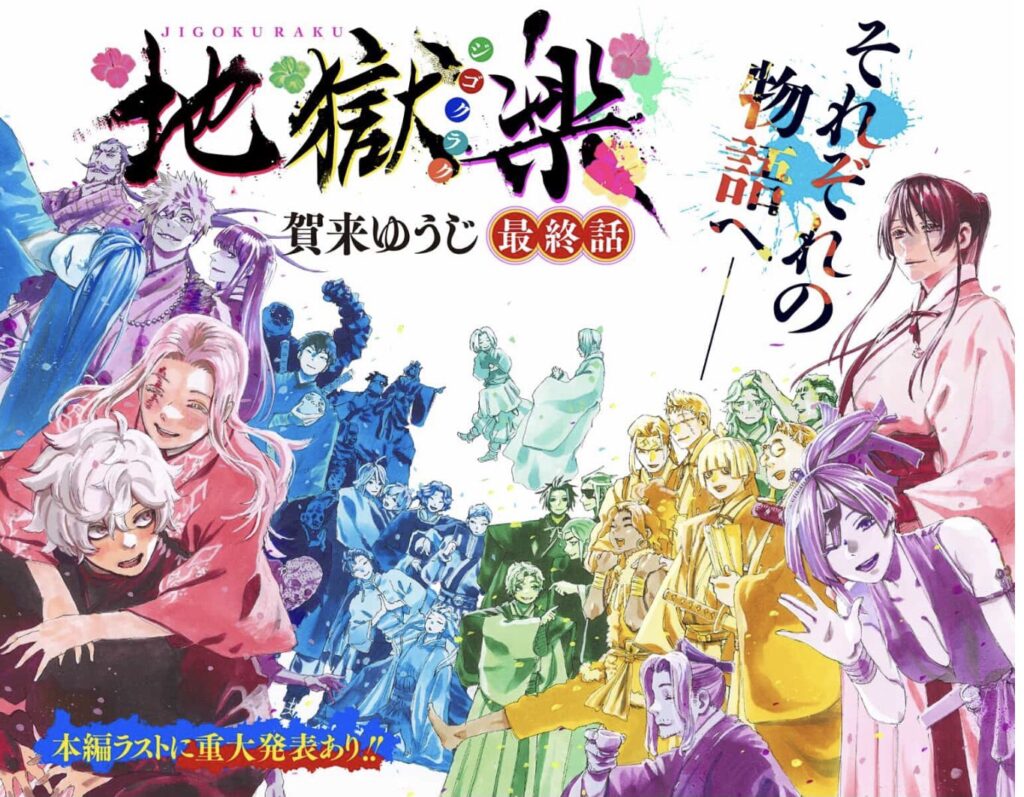 After just over three years of serialization on the Jump Plus app, Yuji Kaku’s Hell’s Paradise: Jigokuraku has come to an end. Alongside the likes of SPY x FAMILY, it was instrumental in getting Shueisha’s online manga service off the ground and to where it is today: to celebrate, the series’ final chapter also revealed that Jigokuraku would be getting a TV anime. This smashes right through the preconceived notion that a manga has to be ongoing to get an adaptation, if it hadn’t already been disproven.

Details are, admittedly, a little thin on the ground for the Jigokuraku anime. All we know is that it is going to happen (no release date, no studio, no nothing), so Yuji Kaku’s official author comment has inevitably drawn the most attention: his statement ‘It feels like I’m dreaming’ was carried in the headlines of both Oricon and Comic Natalie’s coverage. 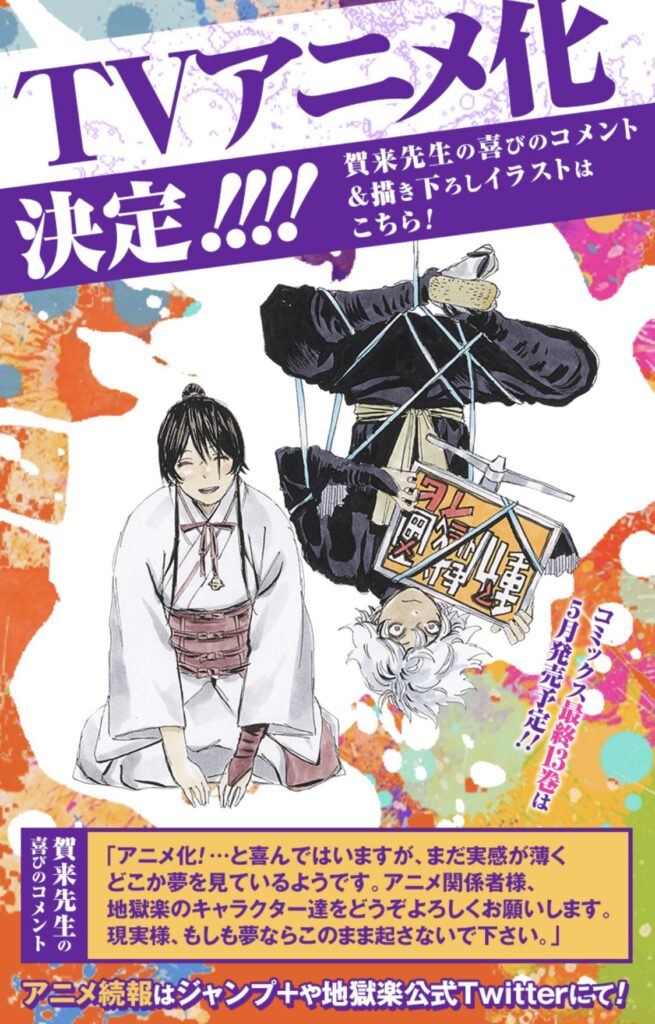 Nevertheless, the real story here is that a Jigokuraku anime adaptation has been announced despite the source material coming to an end. This is quite surprising, as the project will therefore no longer benefit from cross-media promotion; there is also now a definitive end that any adaptation will have to respect. Perhaps ten years ago, this wouldn’t have been a very attractive set of prospects for a potential producer.

The success of My Hero Academia, however, shows that shonen anime adaptations no longer have to be decades-long, weekly affairs: they can now be broken up into seperate cours or seasons, thereby mitigating the risks of catching up to the source material. The fact that The Promised Neverland is continuing unabated also shows that a concrete ending doesn’t deter viewers, nor does it scare away producers. All of these broader industry changes arguably allowed the Jigokuraku anime to come together in the way that it did.

Incidentally, it is perhaps no surprise that Jigokuraku followed the same pattern as Chainsaw Man in announcing an anime after its final chapter: Yuji Kaku was once an assistant for Tatsuki Fujimoto on Fire Punch. They also share a lot of the same influences and creative ethos.

Both Jigokuraku and Chainsaw Man therefore stand as some of the latest proof that manga don’t need to be ongoing to become an anime. If it’s good, then that’s good enough.

You can read Jigokuraku via Manga Plus and VIZ Media’s Shonen Jump.