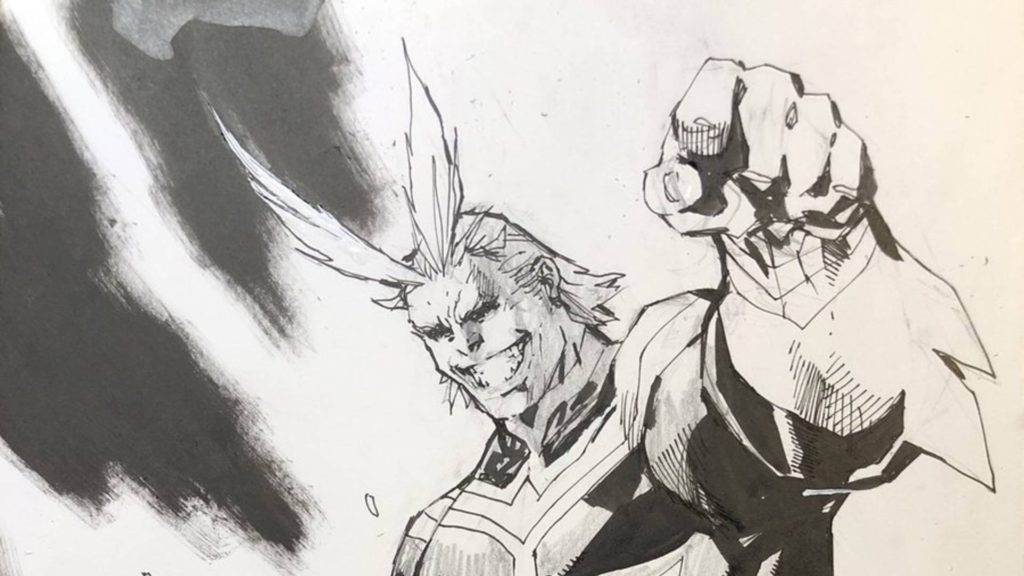 American comic book legend, Jim Lee, has shown off his otaku pride with a recent sketch he shared on social media.

Lee is best known for his work in the 90’s as the penciler behind Marvel Comics’ X-Men #1 (still the highest selling issue of a comic ever printed), as well as a co-founder of the industry shaking Image Comics. Now he is the COO of DC Comics and keeps a very active streak on twitch doing live drawings as well as sharing new artwork regularly on Instagram and Twitter. If you’re familiar with his work at all it should not be much of a surprise that he’s a fan of anime & video games, showing off sketches of characters like Dragonball Z’s Son Goku, and Overwatch’s D-Va in the past.

Today he took to Instagram and Twitter to show off a sketch he drew of My Hero Academia’s All Might, a character who in his muscle form seems ripped directly from an American comic book made in the 1990’s. While this clash of a Japanese character with one of America’s most prolific comic artists seems like a no-brainer when you consider the facts, we can’t ignore how absolutely perfect this pairing is.

Those who know me well know that I am a massive American comic book fan in addition to Japanese manga, and Jim Lee is definitely someone who has had a lot of significance in my appreciation of the artform. The overlap between anime/manga personalities and American comic creators is something I’m an avid purveyor of, often making sure friends in my circles know about American comics & variants that are featuring art by Japanese illustrators (I might just have to do some kind of piece about that down the line), so I couldn’t help but jump at the chance to get the word out about this as well.

I would love to see what series creator Kohei Horikoshi thinks about the work, maybe we’ll have our answer later this week since the two comic giants will be appearing at San Diego Comic Con! In the meantime you can follow Jim Lee on Twitter, Instagram, and twitch.