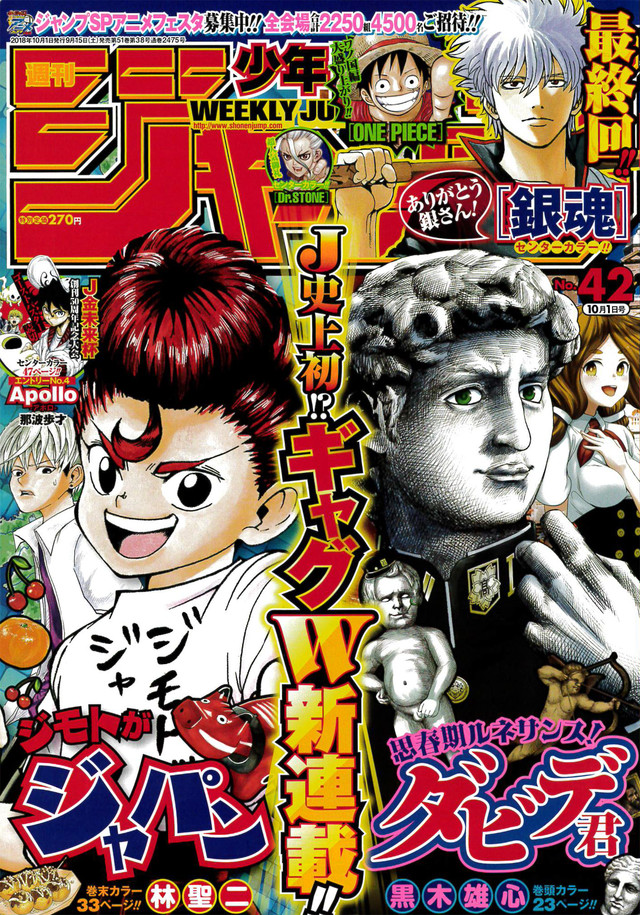 The ongoing mad saga of Jimoto ga Japan ever since it’s super early anime announcement has been nothing short of fascinating, but now it seems like things are finally coming to an end. I’m not saying that simply because the anime has been airing for nearly two months now, but because the latest issue of Weekly Shonen Jump has condemned the series to death.

Last week’s issue of Weekly Shonen Jump hinted at an ‘important announcement’ for Hayashi Seiji’s gag manga, and at the time I joked that the series was getting canceled. But it turns out that the reality would be even crueler, as it was announced that Jimoto ga Japan would be moving to Saikyo Jump.

This is because the majority of the series featured within the pages of Saikyo Jump are often simply spin-offs or continuations of popular series that have trading card games. These include two manga based on the Dragon Ball Heroes trading card game and the chibi Assassination Classroom spin-off Koro-Sensei Q!. Hayashi Seiji’s Jimoto ga Japan will be joining such an esteemed lineup from the September issue onwards.

Although Jimoto ga Japan might not be as much of a powerful property as Dragon Ball or Assassination Classroom, its move to Saikyo Jump is predicated on much the same reasoning – that of brand recognition. With the Jimoto ga Japan anime airing in a kid’s TV slot for the foreseeable future, it’s clear that Shueisha thinks that keeping the series alive would be better than killing it outright if they can draw in more passionate younger viewers from the ongoing TV anime to Saikyo Jump.

That being said, Jimoto ga Japan will maintain a small but notable presence in the pages of its former home, Weekly Shonen Jump. Hayashi Seiji will be producing a ‘Weekly Jump Corner’ in each issue based on the ‘Jimoto News’ section of his manga, which allows readers to send in photos and letters about their own hometown (‘jimoto’).

Yet it’s very clear that Shueisha sees little worth in pushing the manga anymore. It’s relegation to the second-rate Saikyo Jump means that it won’t be able to reach as big of an audience as it once did in Weekly Shonen Jump, in turn condemning it to squalor in a pit of spin-offs and continuations. It’s quite possible that it was only because of the very unusual early anime announcement that Hayashi Seiji is still in with a job.

Jimoto ga Japan’s move to Saikyo Jump was also accompanied by the news of the cancellation of Yushin Kuroki’s Teenage Renaissance! David, which only shows us how hard it can be to keep a gag manga running in the pages of Weekly Shonen Jump in the first place.