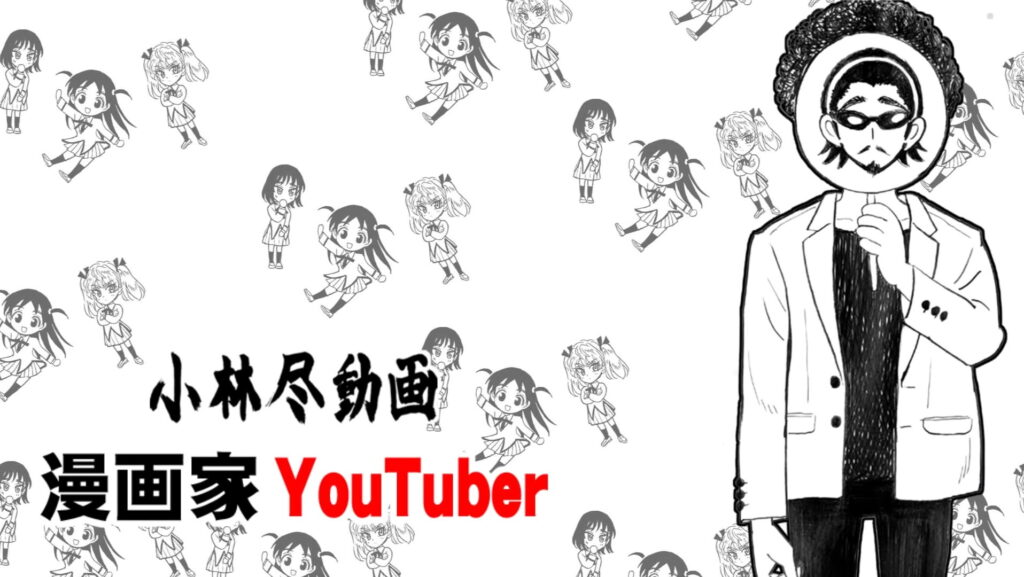 School Rumble and Natsu no Arashi! (Summer Storm!) creator Jin Kobayashi is starting a new career in the wild world of YouTube. Citing difficulties in coming up with a new series, his editor has forced him to find new “excitement” through YouTube, starting with his official channel’s first video on Friday. Identifying what is real and what is fiction in this case is quite hard, but one thing is for sure: we’re in for a wild ride.

Jin Kobayashi’s entry into the YouTube world did not come out of nowhere. Aside from the fact that it was announced beforehand, it ties into a larger pattern with regard to his social media presence. He launched an official Twitter account back in May, and has since uploaded a large amount of self portraits and character sketches. The positive reaction to this, along with the successes of his contemporaries, no doubt played a part in the decision to pivot to YouTube.

The first video on Jin Kobayashi’s YouTube channel, in turn, explains why he made this switch. In the video, he speaks with his editor about the difficulty of coming up with a new series, to which his editor responds that “there is no excitement.” Cutting words to be sure, but one that can apparently be remedied through creating YouTube videos. The end of the video also leaves off on a cliffhanger: in an attempt to get Kobayashi to draw on new sources of inspiration, his editor has apparently gathered some other, more experienced mangaka to discuss with the artist. As to exactly who will appear, we’ll just have to wait and see.

Figuring out what is real and what is not is particularly hard in this case. Is Kobayashi really struggling to come with a new series? Is he really being forced by his editor to come up with new sources of inspiration? No doubt a large part of it is staged, but the idea for the YouTube channel had to come from somewhere. Much like any piece of fiction, it has to be influenced by the lives and behaviors of those that create it.

Why We Started: The Background Behind OTAQUEST [DIALOGUE Episode 5]