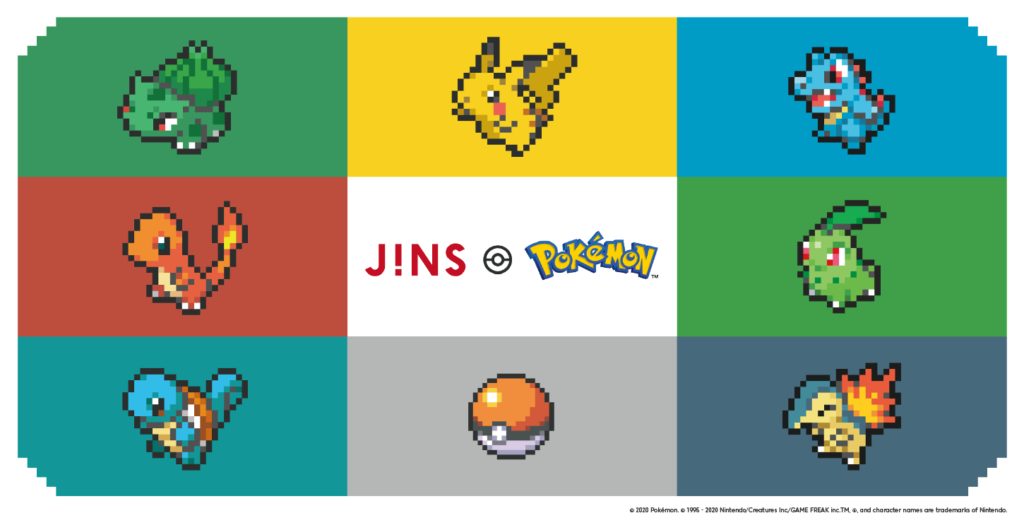 Japanese glasses store JINS has collaborated with a number of different IPs in the past, each to their own level of style and practicality. Today, JINS has made the announcement that they are going to be collaborating with everyone’s favorite IP,  Pokémon. What makes this collaboration even better is that the offerings are not limited to Japan, and will be available at JINS locations throughout Japan and the United States. This is definitely a good move, seeing as not many companies that have locations in both countries make a move like this, especially with Pokémon being as massive as it is.

I am supposed to wear glasses, but I choose not to because my eyesight isn’t that bad. I can still make everything out clearly, but because I’m using a computer multiple hours each day, seven days a week, it has deteriorated my eyesight. Now that I have seen these Pokémon glasses from JINS, I need to make a decision if I want to get these or if I want to get the Dragon Quest X glasses that were announced a few weeks back from rival glasses company ZOFF. 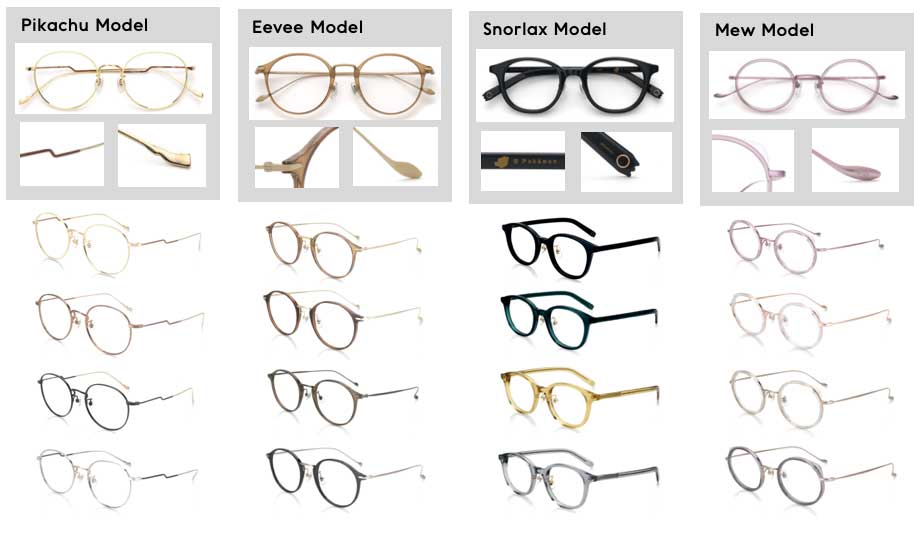 There are four designs to choose from, each based on a different Pokémon. There is a model based on Pikachu, Eevee, Snorlax, and Mew, each coming in four different colorways. There are also Kanto and Johto themed specs that you can also purchase, with the Kanto versions coming out a bit later at an unannounced date. There is also a kid’s version of the glasses, which comes with a super-snazzy Pokéball themed case and a Rotom Phone lens cleaner.

The Pokémon Glasses hit Japanese store shelves on 1 January 2021, and surprisingly enough, they’re available in the United States starting today at JINS locations across the entire country, as well as on their JINS Online shop. Each pair of glasses will set you back anywhere between $100 to $140 USD. Not a bad price for a pair of quality glasses.