Joe Hisaishi Wrote the Score to Our Childhoods 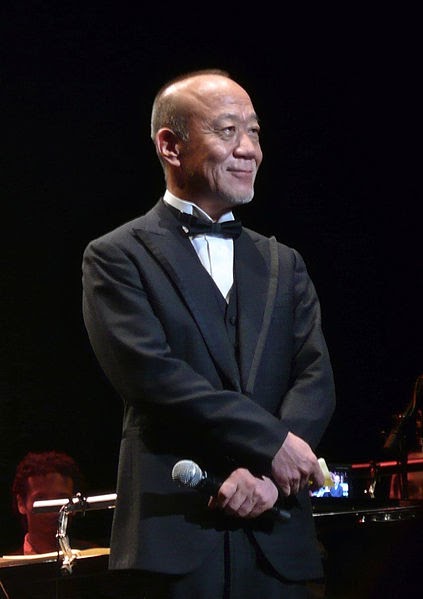 The world has a countless number of beloved musical artists, but what does it take to become a true piece of musical history? How does an individual shape a musical style that is so distinctive and one-of-a-kind that it has never been duplicated, and is recognized instantly by millions of people around the globe?

For over 45 years, Joe Hisaishi has brought his unique compositions to seemingly countless films, television series, and video games. Combining European and Japanese classical styles, his sound has the ability to pull a great many of us into a sea of nostalgia. His songs can make you yearn for a place which you’ve never been to, or transport you back to carefree childhood summer days.

Best known to anime fans for his work with Hayao Miyazaki, Joe Hisaishi has a storied history as a conductor and gifted piano player, contributing over 100 film scores and albums over the span of his career.

At the age of four, Hisaishi began violin lessons, which immediately became less of a childhood pastime and more of a passion. He was also already an avid movie fan, which also inspired his future career path. In 1969, he majored in music composition at the Kunitachi College of Music in Tokyo.

Hisaishi’s first major contribution came in 1974 when he created music for Gyatoruzu, an anime series. During this period, his musical style was more electronic and pop-influenced, an interesting contrast to his more muted and classical forms today.

Many people aren’t aware that Joe Hisaishi is a stage name! Born as Mamoru Fujisawa in 1950, the composer’s alias was inspired by American songwriter Quincy Jones. When written in Kanji characters, ‘Quincy’ becomes ‘Hisaishi,’ with ‘Joe’ coming from ‘Jones.’ This new name began to be used after he found popularity.

In 1988, he created his own music label Wonder Land Inc. and released his first solo album Pretender the following year.

His music also found massive acclaim in a number of big hit live-action films in Japan. Providing a number of scores for filmmaker ‘Beat’ Takeshi Kitano, perhaps his most popular soundtrack for the film Kikujiro. The theme song ‘Summer’ is still one of Joe Hisashi’s most famous compositions and was featured on his most recent solo album ‘Dream Songs: The Essential Joe Hisaishi’ in 2020.

His music has drifted into the gaming world, recently composing for the Ni no Kuni franchise. The animated sequences in the games were produced by Studio Ghibli.

Also, to absolutely no one’s surprise, Hisaishi has won the Japanese Academy Award for Best Music not once, not twice, but seven times. In 2009, the Government of Japan awarded him a Medal of Honor for his contribution to the arts.

Joe Hisaishi has released 25 studio albums, his first in 1981, and his most recent in 2020. He has also released 13 compilation albums and a whopping 83 soundtracks.

His Work with Studio Ghibli is Legendary

Let’s be honest: Studio Ghibli would be missing a piece of the puzzle without Joe Hisaishi’s music. Yes, the films are breathtakingly gorgeous, with incredibly memorable characters and fantastical scenery. But there’s something about the score of each film that really shakes the heart, that brings that tear to your eye. Even the studio itself asks Joe to submit early scores during pre-production because it gives them the inspiration they need.

In 1983, before Studio Ghibli was even properly established, Hisaishi composed an album for the hit film Nausicaa of the Valley of the Wind. It was then that he met Hayao Miyazaki, and the two became fast friends, collaborating on dozens of projects since.

When Hisaishi wrote the score to the first official Ghibli film Laputa: Castle in the Sky, it could be said that he found his trademark sound. Even without turning to look at the screen, when you hear a Joe Hisaishi track in a Miyazaki film? You know it. It’s intrinsic, something in our soul, which we’ve all come to recognize.

For those reading, think of Spirited Away songs. Think of Kiki’s Delivery Service, Princess Mononoke, Howl’s Moving Castle. I’m willing to bet you can hum a few of those tunes without much thought. That’s how you recognize a musician that has truly changed the world.

He Sells Out Concert Venues Worldwide

Over the years, Hisashi has performed a number of concerts in his native Japan, sometimes doing a performance or two in Europe or other locations in Asia. Not a big fan of huge tours, Hisaishi rarely visits North America.

In 2018, US fans had their dreams come true when the decorated composer announced tour dates in San Jose, Los Angeles, and New York City. It wasn’t just any concert either–it was the hugely popular setlist ‘Joe Hisaishi Symphonic Concert: Music from the Studio Ghibli Films of Hayao Miyazaki’.

The show had been a massive success in Japan previously, and featured songs from Spirited Away, Kiki’s Delivery Service, The Wind Rises, Ponyo on the Cliff by the Sea, My Neighbor Totoro and more. The performances featured the Hollywood Film Music Orchestra and Choirs, and those lucky enough to snag VIP tickets in Los Angeles were invited to an after-show Meet and Greet with Joe Hisaishi himself.

In September 2019, Hisaishi performed at Carnegie Hall in New York City, treating audiences to a newly arranged Spirited Away Suite.

Where to Listen to Joe Hisaishi’s Music

In 2020, after years of waiting and begging, Spotify has finally uploaded a ton of Hisaishi’s work in the United States, including both his personal releases and his Studio Ghibli creations. You can find nearly every soundtrack available to stream right now.

His tunes can also be found on Apple Music, Pandora, Google Play Music, and his official Youtube channel.