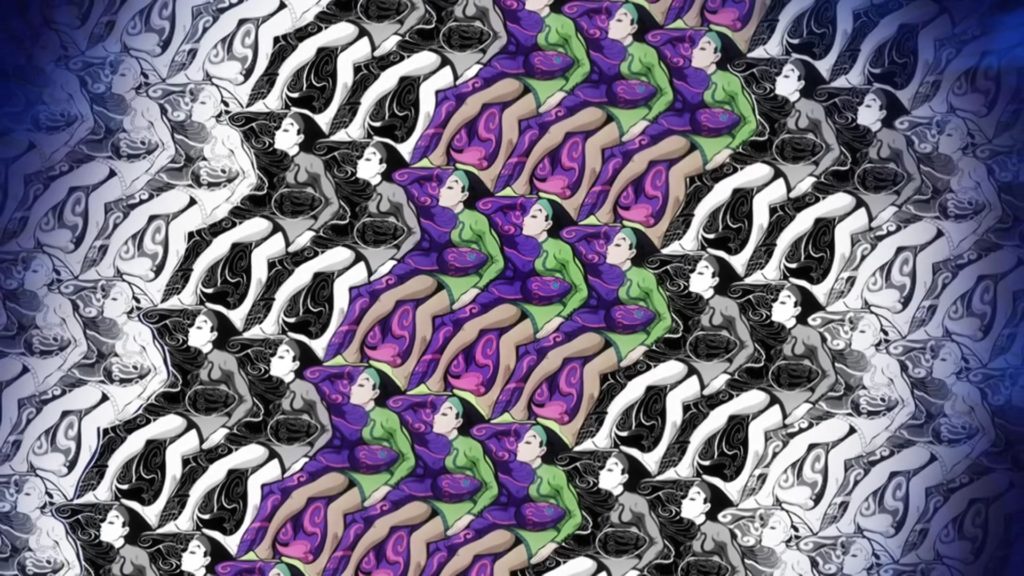 Creator of Jojo’s Bizarre Adventure and obtainer of eternal youth Hirohiko Araki has always been greatly influenced by western culture. That’s fairly obvious when you consider that many of the ‘Stand’ abilities in his long-running series are named after western bands, but how about the more ‘refined’ stuff? It turns out that Araki’s interest in western culture doesn’t just stop at the popular, as he made an appearance last Sunday on an art program to discuss the world-famous Dutch artist M.C. Escher.

Araki’s Escher contribution was linked closely to his own work as a mangaka on Jojo’s Bizarre Adventure over the years. More concretely, he talked about how Escher’s symmetry-focused piece ‘Sky and Water’ (see above) was a big influence on the design of a specific ‘Stand’ in Part 4 of Jojo’s Bizarre Adventure, Diamond is Unbreakable. That Stand is none other than Enigma, also known as Misterioso in English.

You can quite clearly see the resemblance between Escher’s art and Araki’s own by comparing the images from the Enigma Stand battle presented below and ‘Sky and Water’ above.

Of course, with any Araki appearance comes with many comments about his uncanny youthful visage, as has become tradition at this point. This is because despite being nearly 60 years old, he still looks like a young man – which has me, and many others convinced that he has followed in the footsteps of DIO in embracing vampirism.

But all that aside, Araki’s feature on the program allows us a rare peek behind the curtain and into the genius creator’s influences. Adding M.C. Escher to a whole pile of diverse influences, including high fashion and arena rock, makes for a portrait of an artist every bit as bizarre as his own creation.