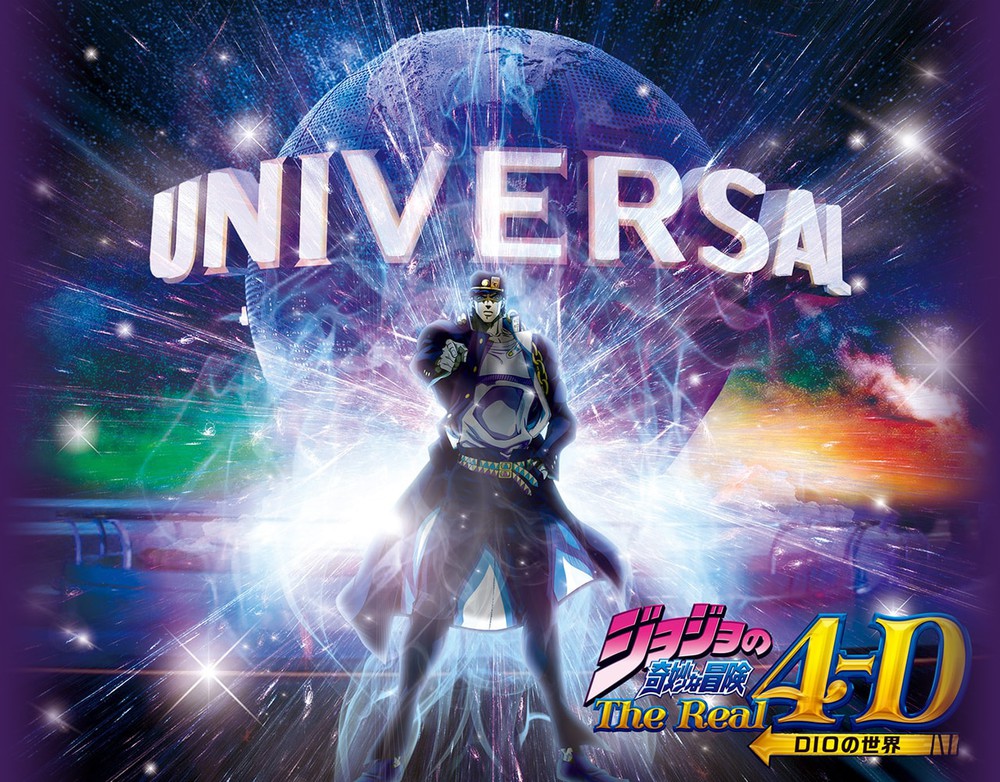 This is hopefully going to be the coolest thing in za warudo!

Okay, horrible JoJo’s Bizarre Adventure puns aside, there was some really cool news announced today by the team at Universal Studios Japan. As part of the park’s ever-expanding roster of anime-related rides and attractions, Universal today announced what fans can expect from the JoJo’s Bizarre Adventure: The Real 4-D: Dio’s World attraction. Set to open in the Summer of 2017, attendees will be able to experience both Jotaro and Dio’s stands in a fully-immersive 4D environment.

JoJo’s Bizarre Adventure: The Real 4-D: Dio’s World will showcase the final battle between protagonist Jotaro Kujo and Dio Brando, that was originally aired at the end of the series’ third season. Set to launch June 30, the attraction will operate until October 1. Originally released in 1989 through Weekly Shonen Jump, Hiroki Araki’s JoJo’s Bizarre Adventure: Stardust Crusaders maintains itself as an important part of manga history. In April 2014 the series was given the anime treatment, introducing the classic series to a broad new audience both domestically and internationally. Since then the JoJo name has become synonymous with powerful poses and vibrant coloring globally.

The upcoming attraction is part of Universal’s ‘Jump Summer’ event which takes place yearly to promote Japanese pop culture to foreigners. Partnered with Universal for the event is publisher Shonen Jump who offers their most internationally recognized series’ as interactive experiences. Also available this year are rides themed after Attack on Titan, Detective Conan, Evangelion, Godzilla, Monster Hunter and One Piece. In past years the event has pulled in record numbers of attendees. Further information can be found via the official website for Universal Studios Japan, here.