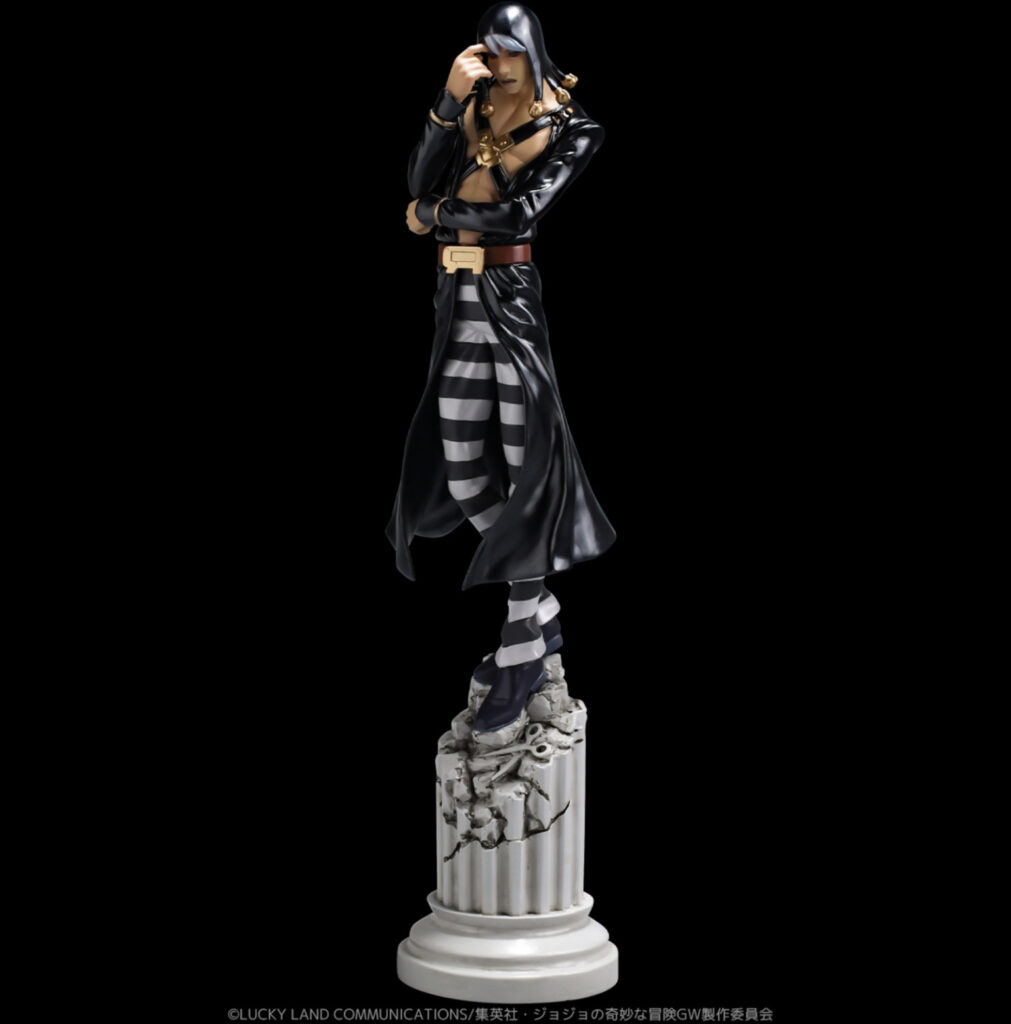 What if display pieces were both practical and stylish to look at? If you’re a fan of JoJo’s Bizarre Adventure, this upcoming stylish Risotto Nero figure may fit that bill, since it also doubles as a pen!

For those unaware, Risotto Nero is a notable and memorable assassin and antagonist in the early moments of part 5 of JoJo’s Bizarre Adventure, recognizable for their design and stand, Metallica. As one of the more popular characters from this part of the manga, they’ve received a delectable range of figures in the past and feature prominently in promotional material.

This latest figure for Risotto Nero is a little different to the others, however.

This Risotto Nero figure joins the Figure Pen collection from Union Creative, a series of detailed figures that can be detached from their base to be used as a pen. This 20 cm figure features Risotto Nero perched upon a stone pillar accented with the likes of a pair of scissors. By removing the character from the stone base, however, it becomes clear that this Risotto Nero Figure features a ballpoint pen at its base that is usually hidden by the stone pillar. It’s an unusual addition, and I’m personally not sure how comfortable I’d be using it for this function, but you can use this pen to write anything you like as though it were a normal pen.

Imagine taking this into a formal business meeting, or a university exam, and using it for that purpose as onlookers gasp in confusion. Honestly, it would be more practical to use a normal pen, but the opportunity is very tempting.

If you want to own this Risotto Nero Figure Pen for yourself, pre-orders are now open from Universal Creative. Orders will ship this June and the figure itself will cost 5500 yen.