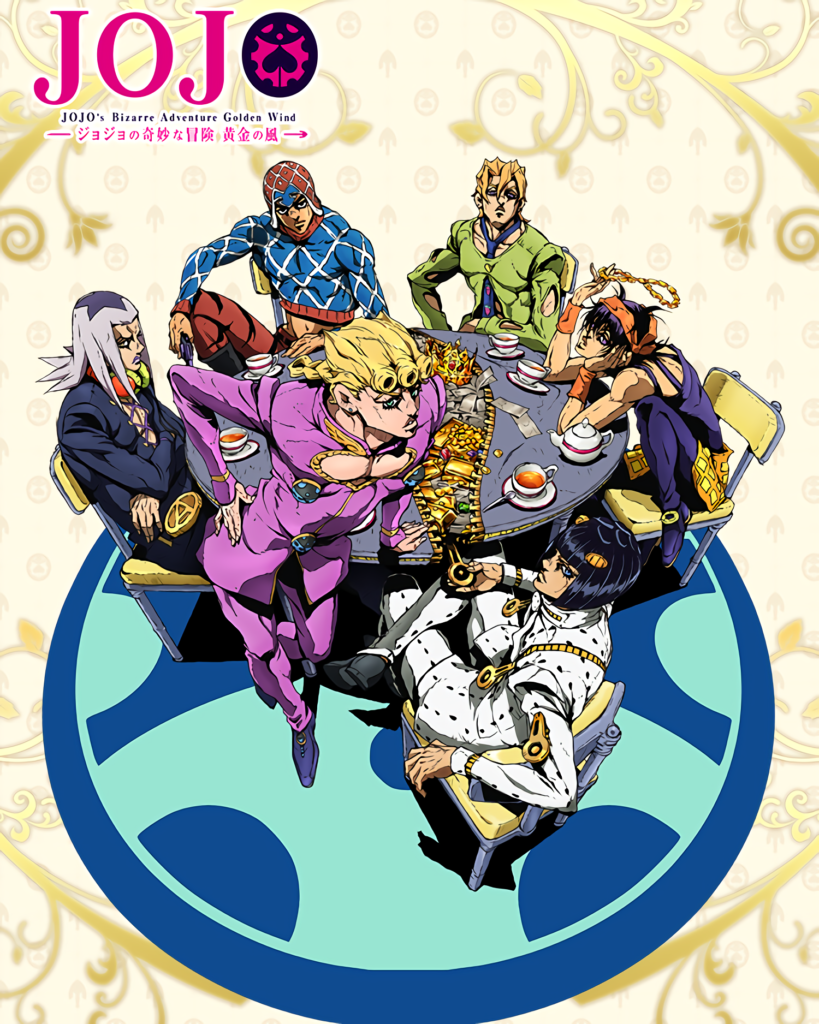 As it turns out, the X-girl and Vans collabs with Jojo’s Bizarre Adventure Part 5 were just the beginning. Now Giorno, Buccarati, and the crew are taking over Tokyo’s fashion district with multiple store collaboration events. With Golden Wind being the subtitle for Part 5, the campaign is called ‘Golden Wind Campaign In Harajuku.’ There’s exclusive food, figures, merch, a cafe, an exclusive gallery show, and Jojo themed crepes. If you’re a JoJo fan, you’re gonna want to come to Harajuku and fast. Different components of the campaign will launch at various times throughout the remainder of April and the beginning of May. 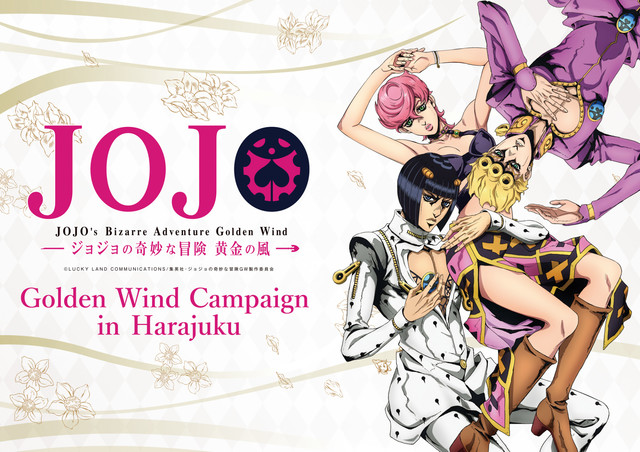 To break down some of the finer details of the takeover, From April 27,14 characters from JoJo will appear on 59 flags hung up all around Harajuku. These flags are in tandem with CHAVATY; a tea spot where you can buy Ice Tea Lattes with the Golden Wind cast on them as well as special JoJo straws. Starting April 24, at MOMI & TOY’s, you’ll be able to eat limited edition Giorno and Buccarati crepes! Those are mont blanc and tiramisu flavored respectively. At the TOKYO DESIGN FESTA GALLERY EAST, you’ll be able to see scripts and storyboards from the first 28 episodes from JoJo’s Bizarre Adventure Golden Wind free of charge. Finally, game centers in Harajuku and surrounding areas will carry new JoJo themed goods. 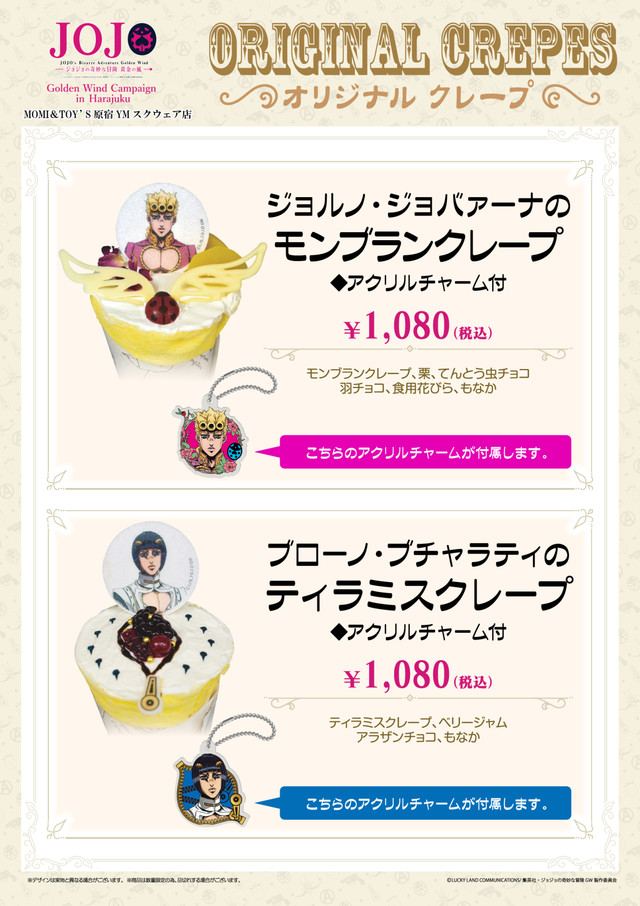 The ‘Golden Wind Campaign In Harajuku’ is shaping up to be quite the event. The central point of the whole affair is the “JoJo’s Cafe – JoJo’s Bizarre Adventure Golden Wind – Powered By Animax’. The multistore event will largely finish up by May 12. If you’re a JoJo die hard you’re going to want to a hop a plane to Tokyo in the next couple weeks and head straight to Harajuku. Themed cafes alone aren’t uncommon, but usually, anime doesn’t take over an entire district.

The Golden Wind Campaign In Harajuku launches later this week and goes on until May 12.