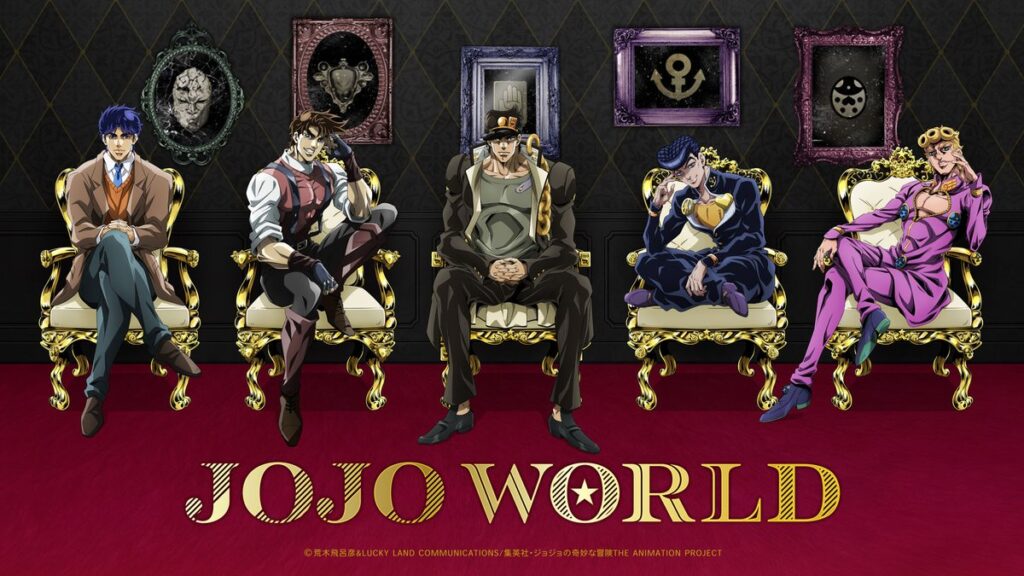 The idea of a JoJo’s Bizarre Adventure theme park is so cool that I’m almost surprised no one has done it yet. Sure, there have been special installations at the now-defunct J-World Tokyo (RIP) and Universal Studios Japan, but nothing has arguably been quite as substantial as what Bandai Namco are putting together for next month: a fully fledged ‘JoJo World’ with attractions inspired by all five parts currently in animation, set within Hamleys’ entertainment center World Porters in Yokohama.

First, it must be said that this ‘JoJo World’ will only operate from 5 March to 9 May, before moving to Osaka and Hakata in May and July, respectively. It’s arguably also a very weird time to be opening a JoJo’s Bizarre Adventure theme park right now, considering the prevailing circumstances. The announcement was originally made back in December, but perhaps the opening date could’ve been pushed back a bit? It certainly makes me sad to know that I probably won’t be able to go and check it out, given the current travel restrictions.

Nevertheless, what we can do is appreciate this JoJo World from afar and hope that things do get better in time before it goes away forever. There are six main attractions planned, themed around the five parts currently adapted into animation: ‘Memetaa! Hamon Roulette’ for Phantom Blood, ‘Ancient Rome Army Deathmatch Lottery’ for Battle Tendency, ‘That Bastard Dio! He’s Looking at Us!’ and ‘The Joestar’s World Tour’ for Stardust Crusaders, ‘Let’s Go Play at the Mangaka’s House’ for Diamond is Unbreakable, and ‘Passione Team Aptitude Test’ for Golden Wind. Each of the attractions will, of course, feature original limited edition goods and photo spots. 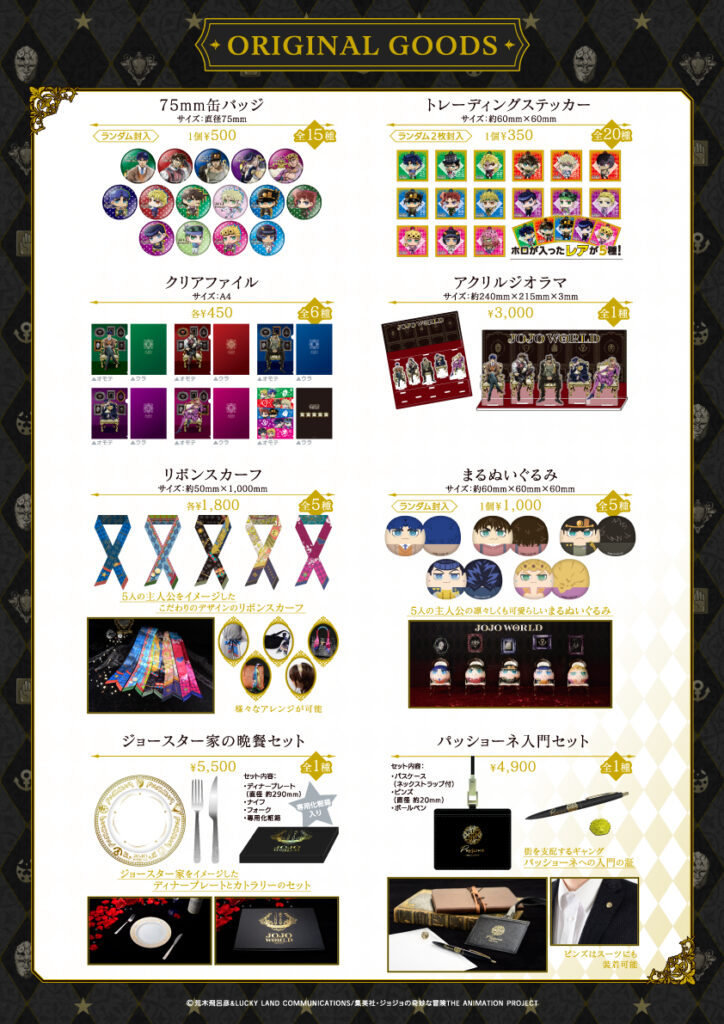 Some of those attractions can’t be readily understood from their names, so it’s necessary to explain some of them. Part 3’s first attraction, for example, is called ‘That Bastard Dio! He’s Looking at Us!’ as it is themed around Joseph Joestar’s Stand ability Hermit Purple that is mainly used to track Dio’s movement through spirit photographs. Part 4’s attraction is also named after the episode ‘Let’s Go Play at the Mangaka’s House,’ but will be an ‘interactive’ attraction that sees visitors gather information for Kishibe Rohan.

You probably won’t be able to visit JoJo World in Yokohama just yet, but feel free to keep up to date with the latest information via the official website.