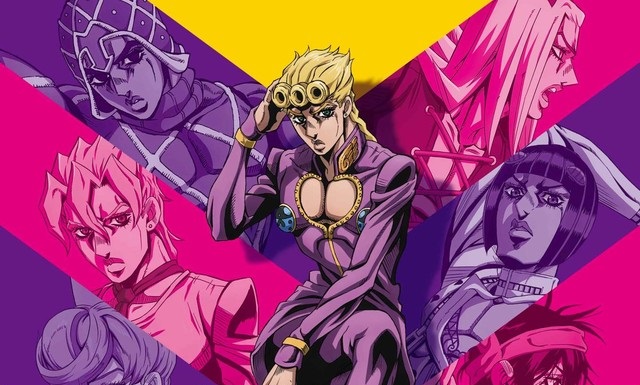 The JoJo’s Bizarre Adventure: Golden Wind anime might be coming to an end very soon, but the party isn’t over yet. Tower Records announced today a new Golden Wind event to take place in their main Shibuya store, which will hopefully continue the company’s excellent track record when it comes to JoJo.

JoJo will be taking over Tower Records’ SpaceHACHIKAI event space – which is located on the eighth floor (hachi-kai) of their main Shibuya store – from July 19 to August 18, bringing a whole load of Golden Wind-themed goods and attractions with it.

Firstly, animation cels used during the anime’s production will be on display, allowing fans a peek behind the curtain. Yet the main attraction here in terms of cels seems to be those used during Giorno’s famous ‘Muda muda’ in episode 31 during the fight against Chocolate.

Scripts used during the Golden Wind anime production will also be on display during the new JoJo Tower Records event, but fans will actually get a chance to read them this time around. It’s worth noting, however, that what episodes these scripts will be taken from is set to change during the event’s duration.

It won’t just be the scripts that’ll be changing, however. Tower Records is also putting on other special JoJo events in the event space, mainly relating to the franchise’s recently released games. That means that there’ll be an event for the puzzle game JOJO’s Pitter-Patter Pop!, as well as an opportunity to play the JoJo battle royale Last Survivor for free on August 3 and 4.

Of course, it wouldn’t be a JoJo Tower Records event without lots of new, exclusive goods – and while these might not be as cool as the Golden Wind collaboration Vans, there’s certainly a lot of good stuff on offer. My personal favorite might just be this zipper necklace and earrings inspired by Bruno’s stand ‘Sticky Fingers’ (AKA Zipper Man). 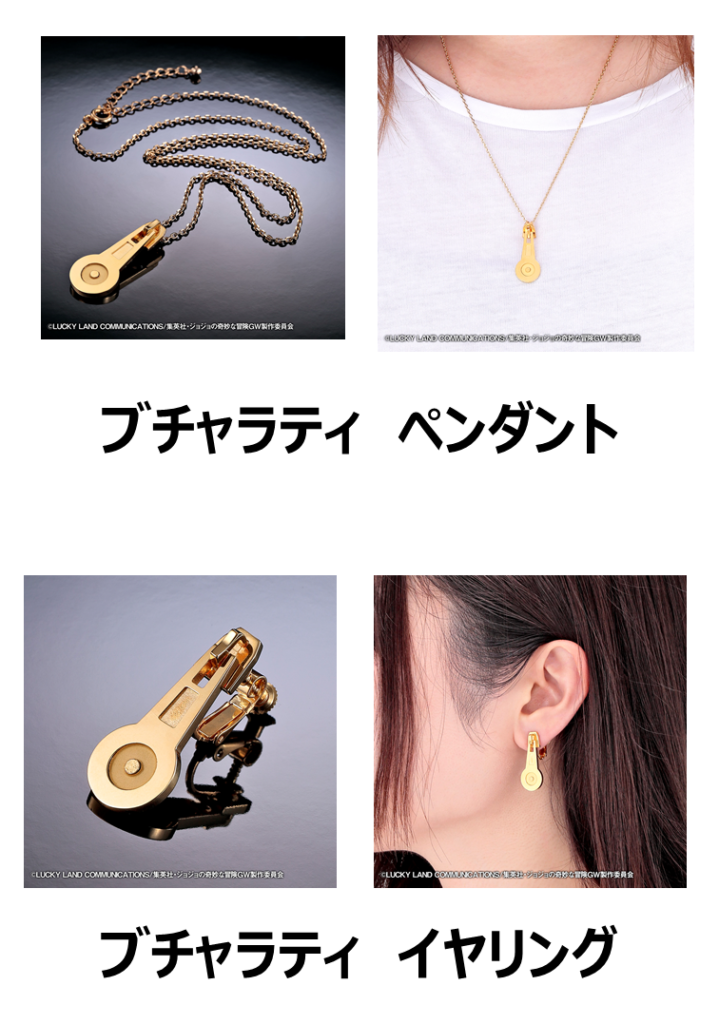 Last year I had the opportunity to go to the JoJo Tower Records event for the release of the Thus Spoke Kishibe Rohan OVAs, so I can tell you from experience that the company always strive to put on a special experience for JoJo fans. If you’re in Tokyo when the event is set to take place, then you’re definitely not going to miss out on this one, either.

Please refer to the links within this article and the JoJo’s Bizarre Adventure: Golden Wind official website for more information regarding the Tower Records event.