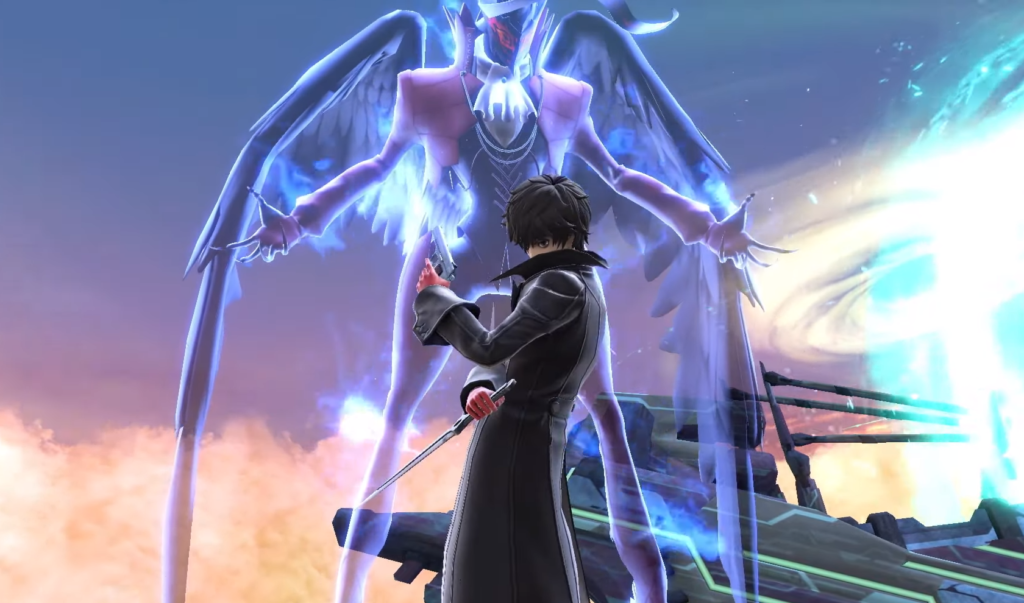 Atlus and Nintendo really went all out for the Persona 5 DLC content in Super Smash Bros. Ultimate. In fact, calling it Persona 5 DLC may be a little inaccurate as, for good measure, nods to Persona 3 and Persona 4 have been included as well. To quickly summarize, the main character from Persona 5, Joker, will release as the first paid DLC character for Smash Ultimate tomorrow. He’s available as part of the fighter pack, which will eventually include five characters for $25 as they release, or individually for $6. In addition to the new character, you get the totally wild Mementos stage complete with 11 songs.

For those more concerned with how Joker will play in Smash, he looks to be a very unique character. Armed with both a gun and knife, Joker’s definitely going for speed and small damage accumulation over brute strength. However, as he can in his own series, he’ll be able to summon his Persona Arsene which will give him unique advantages in the game. After his ‘Rebellion Gauge’ fills up throughout a match, he can unleash his Persona. Joker’s attacks will all be powered up and he’ll be invincible from the backside with Arsene getting between him and other players.

For the Persona die-hards, as I’ve stated the DLC won’t disappoint. Joker comes in two outfits, both his Phantom Thieves and School looks. His final smash, of course, is the classic All Out Attack where the Phantom Thieves will dog-pile on any unfortunate soul that comes their way. Joker’s taunt even brings out Morgana, who won’t tell you to go to bed this time. More than Joker himself though, the Mementos stage is where the Persona fan-service is really at. For starters, the rest of the Phantom Thieves will visit the stage from time to time. The stage captures the unique style of Persona 5, however, depending on what song plays, the look will change entirely. Some Persona 3 and Persona 4 tracks have been added, and the colors of the stage will change to match which game a specific song comes from.

There’s even some Persona 3 and Persona 4 based Mii Outfits releasing, although they’ll be available for purchase separately for 75 cents a piece. The Joker content, as well as the version 3.0 update, for Super Smash Bros. Ultimate releases on April 17. Persona 5 S and Persona 5 The Royal info is set to arrive later this month.