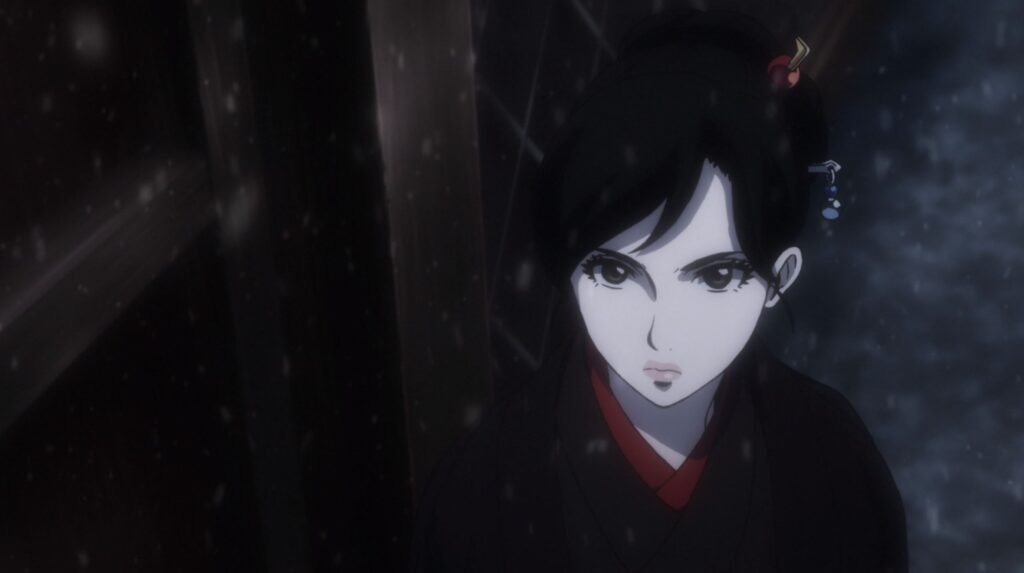 The Joran: The Princess of Snow and Blood anime trailer hit like a blizzard. The Bushiroad-produced series instantly impressed, leaping between polished animation and rough storyboard scribbles which seemed to leap off the screen. Directed by Susumu Kudo (K, Dear Boys), Joran seems to be the perfect storm for a 2021 hit: a strong female lead, traditional Japanese themes, action out the wazoo, a bomb soundtrack, and a solid revenge story? What more could you possibly want?

Despite having a 7 April release date, Joran is available on streaming platforms a week before television. In other words, thank you, Crunchyroll, because waiting another week was simply asking too much. Is the first episode everything we hoped it could be? Or does it fall flat, an empty story wrapped up in pretty paper?

The year is 1931, and the 15th Shogun, Yoshinobu Tokugawa, is still in power. A strange divergence from actual history, indeed, but it seems that his unchecked authority stems from a monopoly over a unique natural resource known as ‘ryumyaku.’ Many common citizens are displeased with the political situation, scribbling anti-Tokugawa graffiti on walls and paying the price for their insolence.

This is, without a doubt, a world of oppression. But it is a world easy to fall in love with regardless, with pieces of traditional Japanese culture meeting curious fragments of the modern era. There’s something hypnotic about a kimono bathed in neon light. 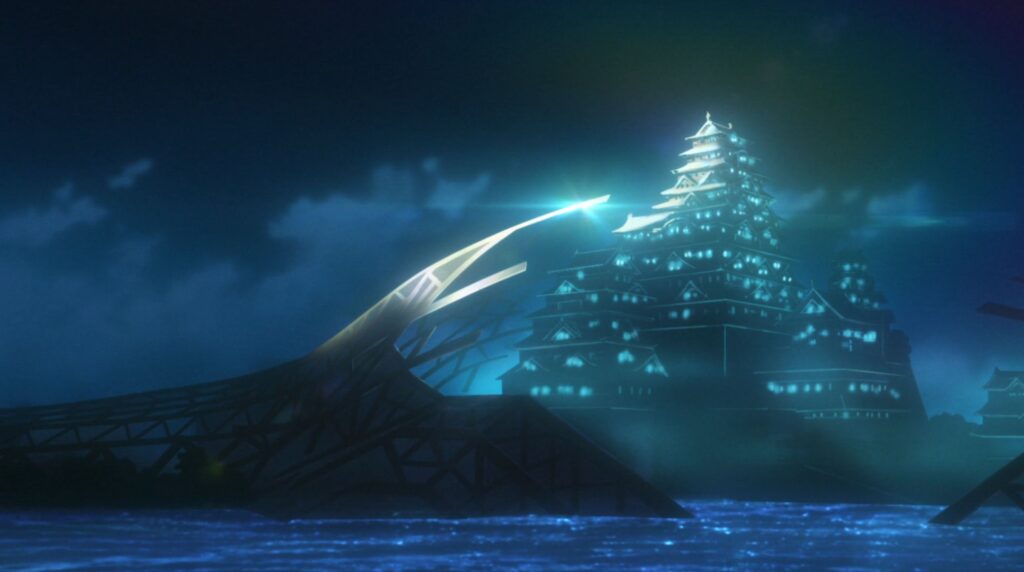 Our first glimpse is of our gorgeous-but-deadly heroine Yukimura; called Yuki by her… sister? Daughter? Neither? Either way, the adorable Asahi filled us with a cold dread. Something about her is empty, her words nearly silent, her gaze transparent and frigid.

But as we see her enter a pleasure house, it’s impossible for the human side of us not to be instantly titillated. It’s a colorful place, filled with sex, beautiful assassins, intrigue, and countless secrets. While only getting a small taste of what lies behind the facade in this first episode of Joran, it’s a place we’d like to explore. There’s something at work here, something which will lead us to Yuki’s past, and this revenge she’s seeking so desperately.

The audience begins to step behind the curtain, hearing about ‘changelings,’ transformations and mutations, a plot to prevent an assassination. But we are only given crumbs… Joran is a series which doesn’t seem intent on spoon-feeding us, instead throwing us into the deep end and demanding that we swim. In this pilot, the wheels are already in motion: to what end, we don’t know. And that’s part of the hook, and part of why it’s impossible to simply walk away when the credits roll. We welcome the confusion.

When Yuki transform into something other than herself towards the end of episode one, the art style transforms with her, into something almost reminiscent of those vivid flames flying from Tanjiro’s sword in Demon Slayer. It feels like we’re seeing the world of Joran through this other-Yuki’s perspective, with the musical arrangement matching this bizarre fever-pitch, blending the symphonic and traditional, shamisen and violin sparring for dominance. 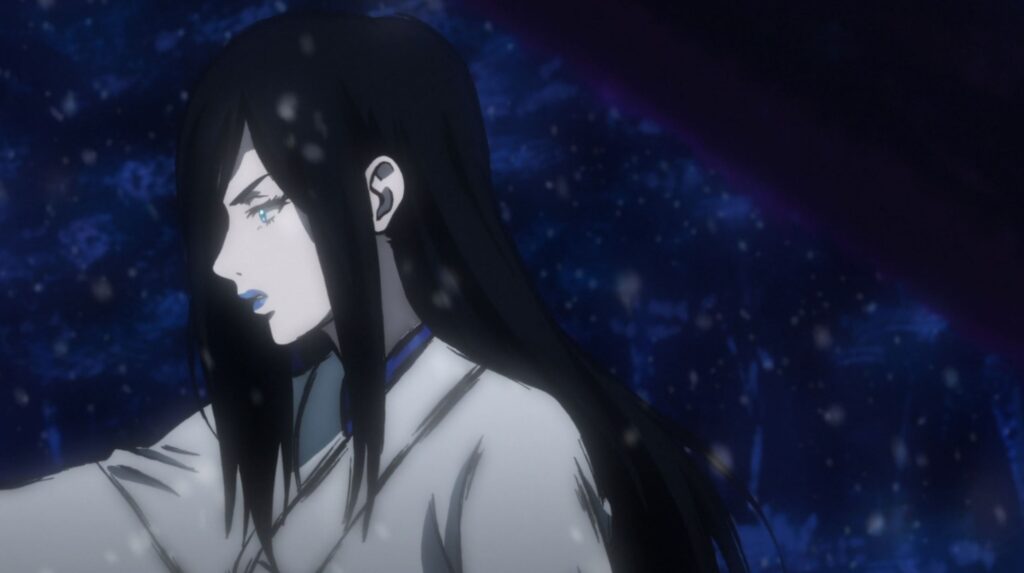 It’s impossible to say where the show will go from here. The paths seem infinite, with the audience chewing on far more questions than answers. While the art is a tad inconsistent throughout and the plot is running the risk of becoming convoluted, it’s difficult not to recommend a watch based on potential alone. I can’t say whether the future will be kind to Joran, but I’d prefer to get my hopes up.

Head over to Crunchyroll to watch the first episode of Joran: The Princess of Snow and Blood now. Despite the somewhat hectic pilot, there’s just something special about this one.