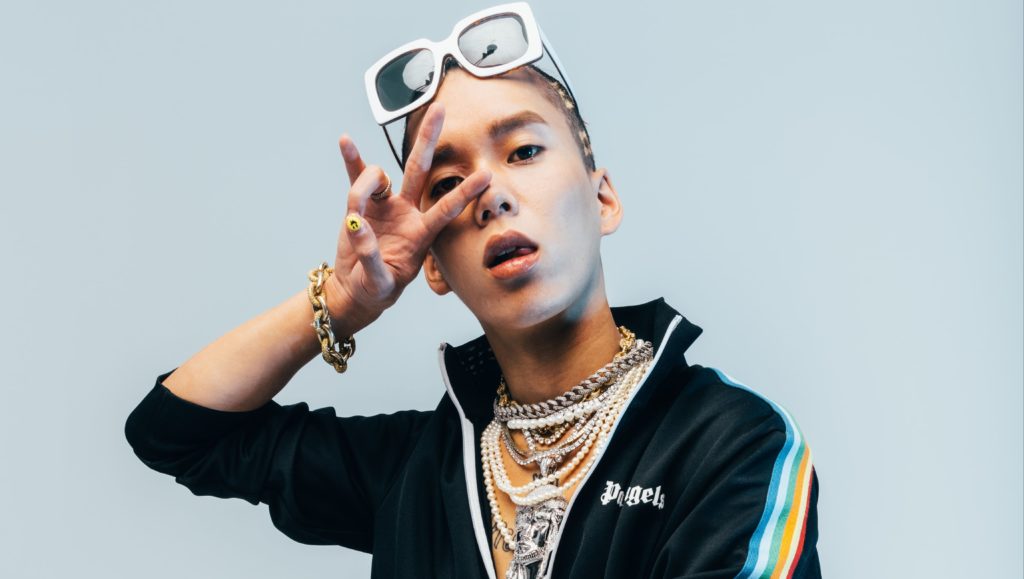 In this new feature, OTAQUEST aims to help introduce some of Japan’s best musicians to the world. Today, a rapper who showed the potential the internet had in turning MCs into stars… and who has since developed into one of the most exciting hip-hop artists in the country.

It’s not easy to turn an online hit into a sustained career. The list of artists who have broken through with a viral song or YouTube upload and managed to stick around (not just hovering around the pop-culture periphery) isn’t very long, and only becomes trickier as art fragments further into TikTok-long size.

Japanese rapper JP THE WAVY appears to have gone from trending to locked in. After breaking through in 2017 with the YouTube-popular ‘Cho Wavy De Gomenne,’ he avoided the pitfalls of instant attention in the social media age, teaming up with established hip-hop acts in Japan to reach even more ears. More importantly, JP THE WAVY kept working on his own style, making sure he wouldn’t stumble into the same problems other viral acts have encountered in the past decade.

In April, JP THE WAVY released his debut full-length album LIFE IS WAVY and cemented his status as one of the cornerstones of a new generation of Japanese rappers. He hasn’t been on the country’s radar for long, but he’s accomplished a lot in a short amount of time, with no signs of him vanishing into the digital ether.

The artist that would score a viral hit as JP THE WAVY started his career as Lil Right. Born in the Shonan region just outside of Tokyo, his first forays into rap aren’t well documented, but he was part of a collective called Do The Right Inc. They shared at least one video featuring him under his original moniker, which you can see above. There’s nothing too memorable going on in that clip, and Lil Right is really green. Yet it’s a start, and in just a couple years’ time most would know him for something far more impactful.

What’s most lasting about ‘Cho Wavy De Gomenne’ is how unhurried JP THE WAVY sounds. Rather than try too hard to sell his rap credentials or tie himself to a specific sound (which in 2017 would have been Migos), he comes across as laid back, confident enough in his abilities where he doesn’t have to flaunt too much. As the title of the song says, he is apologizing for being so darn wavy after all. That feeling was only underlined further by the video (above), which finds him and some of his pals going around Shibuya… and breaking into dance in some underground shopping passages.

‘Cho Wavy De Gomenne’ rocketed JP THE WAVY from on-the-fringes rapper to viral star, with other Japanese rappers shouting it out or, eventually, jumping on it. It sparked memes on Twitter but lasted longer than your usual online song thanks to how much attention it got from established names in the music world. The song earned him more live opportunities and revealed a path for him. It was up to him to continue along.

At the same time, though, JP THE WAVY was also expanding on his own personal style, playing around with new ideas. He dabbled in more abrasive sounds on 2018’s ‘Neo Gal Wop,’ a number guaranteeing he wouldn’t be a one-hit-wonder, and used modern cultural references to his benefit on ‘Louis 8,’ a number using basketball player Rui Hachimura as an avatar for coolness.

JP THE WAVY’s LIFE IS WAVY cemented his status as one of the most important voices emerging for a new generation of Japanese rap. That’s partially because of all the collaborations that further boost his status, including songs with VERBAL and Jay Park. Yet it’s also a strong debut because of the songs showcasing JP THE WAVY on his own, especially on sparser numbers such as ‘Blessed’ and ‘Donut’ that allow his voice to show off everything it is capable of.

The original ‘Cho Wavy De Gomenne’ remains JP THE WAVY’s crowning achievement, an exercise in relaxed swag and one of the better numbers to flip American rap tropes into the Japanese scene. The remix with SALU, though, ups it even more thanks to a fantastic verse from an established name who helped to elevate JP THE WAVY from the viral heap.

A rougher beat revealed new edges to JP THE WAVY’s flow, complete with a clip every bit as fun as his breakthrough number.

Call this one a softer side of Wavy. Besides being another high-profile collab, ‘Just A Lil Bit’ shines a light on the pop potential the young MC has.

One of the best beats JP THE WAVY has ever crossed paths with is rounded out with a highlight verse from VERBAL, who gets in references to Elon Musk and convenience store chicken in just a few bars.

On his debut album, JP THE WAVY makes some space to show off his sing-song delivery on this highlight.