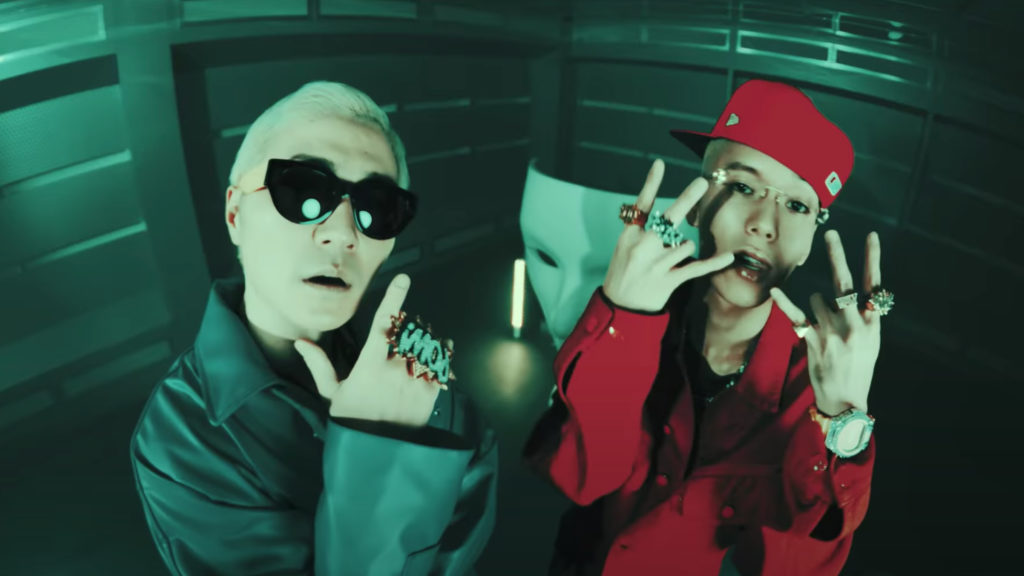 Rapper JP TTHE WAVY is riding high at the moment. The artist, who broke through a few years ago thanks to a viral video hit, released his debut album LIFE IS WAVY earlier in the month. It was a big step forward for a performer trying to establish himself as one of the top rappers in the country’s community, and to that end his first full-length features appearances from other artists, helping to underline his status. They range from other young MCs such as MonyHorse, to Korean artists such as Jay Park and Sik-K, to established names such as VERBAL of m-flo.

The latter pops up on the opening number from LIFE IS WAVY, “OK, COOL.” That’s a strong statement to launch a debut, and now the number gets a video to go along with it. In the clip, JP THE WAVY heads into space to flex, hanging out on a space station until…well, don’t want to spoil anything, but by the time VERBAL appears, the scene has changed drastically. Watch it below.

“OK, COOL” stands as one of the best cuts from LIFE IS WAVY, thanks to a sparse, burbling beat that gives JP THE WAVY plenty of space to shine. He’s not somebody who thrives on high-energy delivery, but rather makes a laid-back flow overflow with confidence. Working against music that doesn’t overwhelm his voice brings out the best in him, and this track delivers on that front. VERBAL slides in nicely as well, popping up late to offer up some unrushed verses riffing on Elon Musk and Family Mart fried chicken, among other points.

The two make for a great pair on “OK, COOL,” while showcasing JP THE WAVY’s best elements. It’s not only a vote in confidence for WAVY, but a highlight reel for what he excels at.