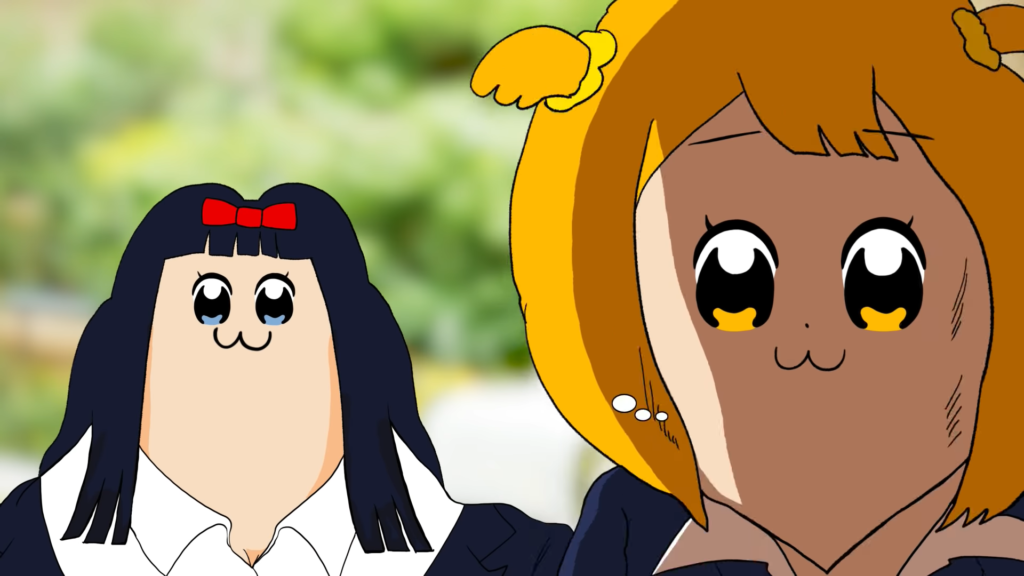 The man. The myth. The legend. I’m very happy to report that Pop Team Epic’s break out hit-character, and Japanese twitter meme, Hellshake Yano is back… this time in collaboration with the Japan Racing Association. If you’re unfamiliar with the JRA, and I was until last year’s Pop Team Epic x JRA collab, they’re Japan’s biggest horse racing association.  For their second go around, AC-bu, the animators behind all the grotesque ‘Bob Epic Team’ segments in Pop Team Epic, were once again called upon for their absolutely one of a kind work. The result? Six life-changing minutes of Hellshake Yano at the horse races done in his signature paper theater style. There are no subs, but check it out.

The first Hellshake Yano segment in episode seven of Pop Team Epic left a lasting impression on audiences. His chin, his charisma, his powerful guitar playing all come together for a one of a kind kamishibai segment. Kamishibai was a kind of paper theater story-telling medium that was popular in the first half of the 20th century in Japan.  Of course, the one of a kind AC-bu put their own spin on it. For weeks after airing, Hellshake Yano was a big Japanese Twitter meme. Why wouldn’t he be? Just look at him. Whether he’s rocking out or exploring his career as a horseback rider, his energy is always undeniable.

You always know an AC-bu work when you see one. Before Pop Team Epic, a few of the surreal music videos they had animated over the years had become minor internet sensations. Now? They’re beloved. At least by certain kinds of weirdos, for example, me. Their ‘Bob Epic Team’ segments even received its own special Blu-ray release in Japan with exclusive new shorts.

The short will play at run at JRA racetracks until June 30. ‘Bob Epic Team’ figures will also be available for purchase.