Judge Eyes: Just What is it About? 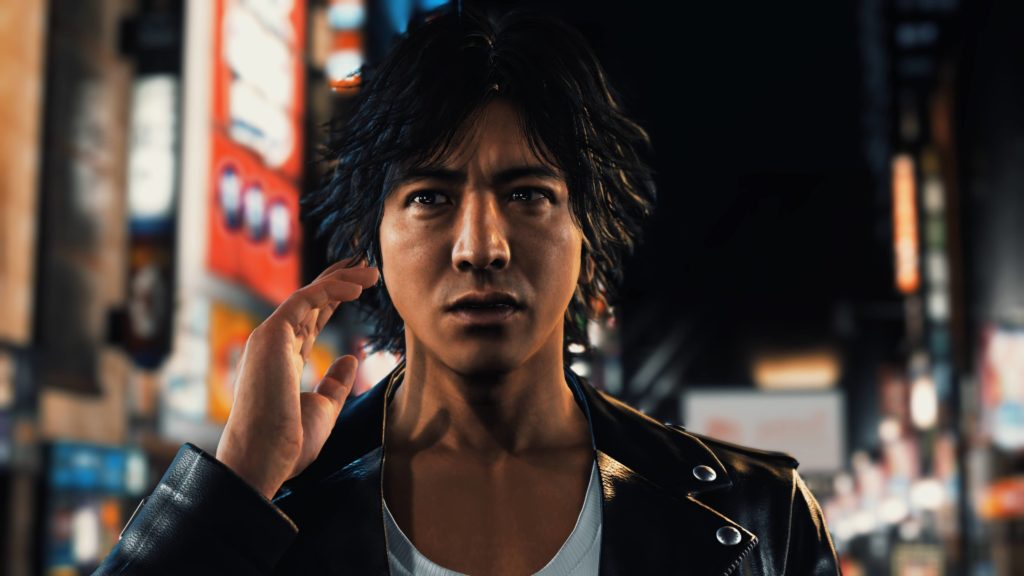 Judge Eyes, or simply Judgment in the States, a spin-off of sorts of the Yakuza (Ryu ga Gotoku) series of games pits players as the private detective Takayuki Yagami.

Yagami is played in both likeness and voice by the immensely popular Takuya Kimura.

Toshihiro Nagoshi, the creator of the Yakuza series of games stated that “The locations and visual assets might be the same, but the story and gameplay are drastically different”, in regard to Judge Eyes.

Judge Eyes started development in 2015 however series creator Toshihiro Nagoshi had the idea and concept for the game years prior. Due to the nature that the game is something which is completely different than the Ryu ga Gotoku Studio had been working on, they worked as hard as they could to have a release date which fell in December of 2018 in Japan, and 2019 in English speaking territories such as the United States as Judgment.

The game has achieved both critical and commercial success by being extremely well-reviewed in all territories the title was released in.

A Story Which Stands Out – Judge Eyes in a Nutshell

The story of Judge Eyes: Shinigami no Yuigon is complex in nature but quite easy to understand if you actually pay attention to the story. You don’t need to be knee-deep in the nitty-gritty details of everything but having a high-level understanding of the story and what is going on at any given time is quite important.

The story starts in 2015 with attorney Takayuki Yagami assigned to investigate the Advanced Drug Development Center for the sudden death of patient Koichi Waku.

Initially, worker Shinpei Okubo is charged with the murder, however, thanks to Yagami’s expertise, he successfully cleared Okubo of any murder charges. Shortly after, a phone call arrives at the agency where Yagami works and he is notified that Okubo is now being arrested for allegedly stabbing his girlfriend to death. This devastates Yagami and causes him to resign from his law firm.

Fast-forward three years and Yagami is now a freelance private detective. Yagami accepts a murder case pertaining to the recent string of murders of Yakuza members. Based on issues that had happened and what he had observed, Yagami makes the assumption that Okubo did not kill his girlfriend, rather someone else did.

Okubo is released from death row after being initiated to it 3 years prior where Yagami and Kaito make the decision to resume being ordinary private detectives.

The Road to Release – Development of Judge Eyes

The development of Judge Eyes started in 2015 for the PS4. The developers of the Yakuza series wanted to offer players something completely different than what they have been provided previously.

The game uses the same engine as Yakuza 6, the Dragon Engine. The team, however, did further programming on the engine to enhance its lighting effects to give the game a more suspenseful feeling. Where the team wanted the game to rival the length of other Yakuza series games, the team did not want to use any of the main protagonists from the Yakuza series.

The general overtone of the game is fairly neutral with both majorly serious moments. These moments get balanced out with some well thought out comedy. To further add emphasis to the title, the team at Ryu ga Gotoku Studio spent an exasperating amount of time trying to decide the right band or group to use as the main theme for the game.

They decided that up and coming popular band Alexandros was the band that would fit the task and they created two songs for the game. After the release of the game, there would be a major change to the title which had to be made. This change came in the form of having to remove a character from the game completely due to political reasons. Pierre Taki from popular music group Denki Groove pleaded guilty to using cocaine, which is a very big no-no in Japan. He played a role in Judge Eyes both as an in-game model as well as voice acting. The game had to have its sales halted for a period of time as well as the team at Ryu ga Gotoku Studio had to create a new character and re-record voice lines for this removal.

The Wrap Up – Judgment or Judge Eyes

Judge Eyes is the culmination of a story that had been thought out as a retrospect of what type of games the team usually produces. The end result is a game that offers a unique experience that is not only new but familiar to players.

It will be interesting to see if the studio continues to do anything with the Judge Eyes project, or if they choose to incorporate the characters introduced in the game to their other series. Needless to say, even if Judge Eyes is a one and done game, it certainly is a game that is worth playing and worth every minute you spend in its world.