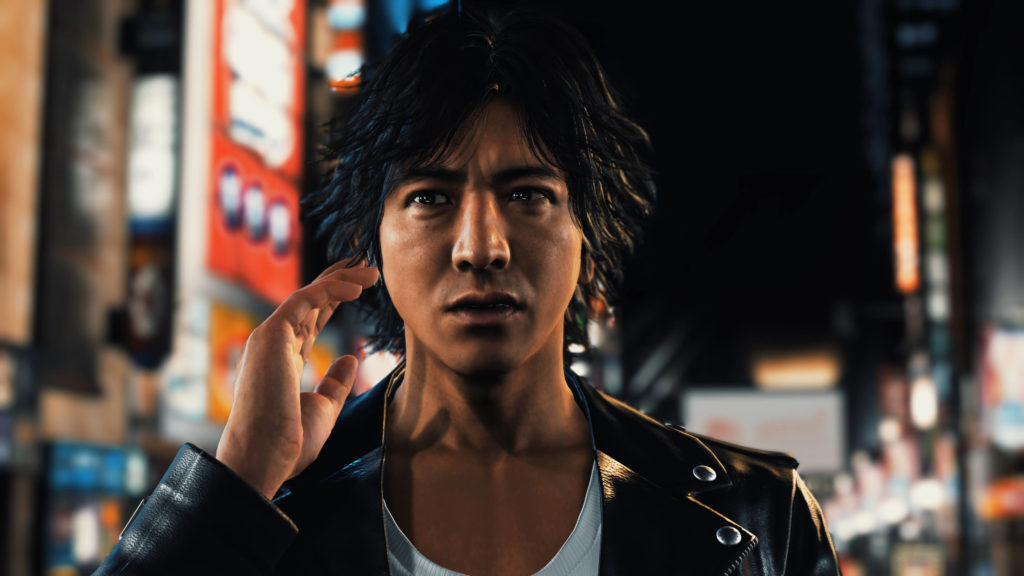 Toshihiro Nagoshi’s Latest ‘Judgment’ Goes Above and Beyond the Bar

For the better part of the past couple of weeks, I’ve spent a collective 28 hours of my time playing through the mainline story of Toshihiro Nagoshi’s latest Judgment (Judge Eyes in Japan). Originally released in Japan back in December 2018, the game is finally set to release on PlayStation 4 in the West on June 25, 2019. With such a fabled roster of games to his name, there are high expectations for Toshihiro Nagoshi’s latest — so does his latest law-infused adventure meet the bar?

Judgment follows the story of a disgraced ex-lawyer-turned-detective, Takayuki Yagami, where we find ourselves once more returning to the streets of Kamurocho under the guise of Toshihiro Nagoshi’s storytelling techniques. The story opens with a landmark acquittal of a suspected murderer, helmed in the court by none other than Yagami, securing the freedom of Shinpei Okubo for a murder he claims he did not commit. Things are looking up for Yagami, such an acquittal isn’t something you see in Japan — but when Shinpei Okubo is once more brought before the court on the suspected murder of his own girlfriend just a few short weeks later, Yagami’s sense of justice begins to blur, thus launching the catalyst for this story.

Sometimes the most important decisions in life require the greatest sacrifice. I couldn’t tell you where I’d heard that, but throughout the entirety of Judgment, it remained a sentiment that stuck with me. From start to finish Judgment takes you on a moral rollercoaster journey that leaves you questioning right from wrong at every corner; the lawyer in Yagami defending those in front of him, while the detective inside digs deeper for the greater truth.

While Judgment requires no prior knowledge of the Yakuza series of games, the two very much go hand in hand, a refreshing note for those waiting for the remaining entries on PlayStation 4. You’ll hear a number of overarching familiarities between the two games, though that’s generally where the game caps itself off — Judgment isn’t another Yakuza game after all, and that’s something that, despite their similarities, must be remembered.

Running on the same Dragon Engine that powered the most recent Yakuza titles, it comes as no surprise that Judgment is absolutely gorgeous. The streets of Kamurocho feel vibrant and alive, the grit that only Ryu ga Gotoku Studio can present shining especially bright under the detective’s keen eye. On this merit alone I’d recommend a deep-dive into the world of Judgment, but the title is so much more than that.

In our interview with Toshihiro Nagoshi, the game’s creator describes the reason for a return to Kamurocho, “We were hoping to use [Kamurocho] to its full potential eventually, but when we decided to end the story of Kazuma Kiryu in Yakuza 6, we knew it was the time… That is where Judgment comes into the picture.”. It was through the limitations of Kazama Kiryu’s character, the protagonist of the Yakuza series, that much of Kamurocho remained unexplored. In reusing the city that Nagoshi had spent ten years developing, he hoped Yagami’s character would show a side to the city that Kiryu simply couldn’t.

There are several major ways that you’ll find yourself exploring the city of Kamurocho. Whether it’s sprinting from ‘Point A’ to ‘Point B’ working your way through the game’s incredible story, trying to solve as many side cases as possible, or simply enjoying the game’s integrated mini-games, you’ll be seeing more of Kamurocho than perhaps ever before. But while I’d struggle to say I enjoy the mini-games presented in Judgment as say, something like karaoke in Yakuza (which doesn’t appear in this title), your daily actions as Yagami feel grounded to the lifestyle of a Kamurocho detective, even if it does get a little weird sometimes.

Never afraid of poking fun at itself, Judgment nails it when it comes to a delicate blend of humor overlaying the serious undertones of the game’s story. For anyone that’s played the Yakuza series, this shouldn’t be a surprise; when it comes to drawing out every emotion possible, there are few with as much talent as the team at Ryu ga Gotoku Studio.

Unfortunately, some of Judgment’s most impactful moments are degraded by an issue the gaming medium isn’t exactly a stranger to — load times. During my time with Judgment, I played with both a PlayStation 4 Slim and a PlayStation 4 Pro. While load times felt like less of a problem on the Pro, they definitely still could be felt; some of the game’s largest twists being followed immediately by a loading screen felt almost like a disconnect from the story.

All of this can, however, be excused. I don’t think there has, in my entire lifetime, been a game I’ve felt as emotionally invested in as Judgment. It never feels like Judgment is exclusively the story of Takayuki Yagami, rather, it feels like the story of the family you craft throughout. Friends, co-workers, enemies, all coming together under a unified goal; the development that everyone in this game receives only amplifies the emotions felt as each character’s story comes to a close.

With a total of seven mainline Yakuza games on the market and the launch of Shin Yakuza on the horizon, the story of Takayuki Yagami as told through Judgment is a breath of fresh air from Toshihiro Nagoshi. Through all the problems that the game has faced leading up to the Western release, I couldn’t be happier with the end product, and I have no qualms recommending this game to absolutely anyone with access to a PlayStation 4.

Releasing in North America on June 25, 2019, those interested in checking out further information on SEGA, Ryu ga Gotoku Studio, and Toshihiro Nagoshi’s latest Judgment can head over to the game’s official website.