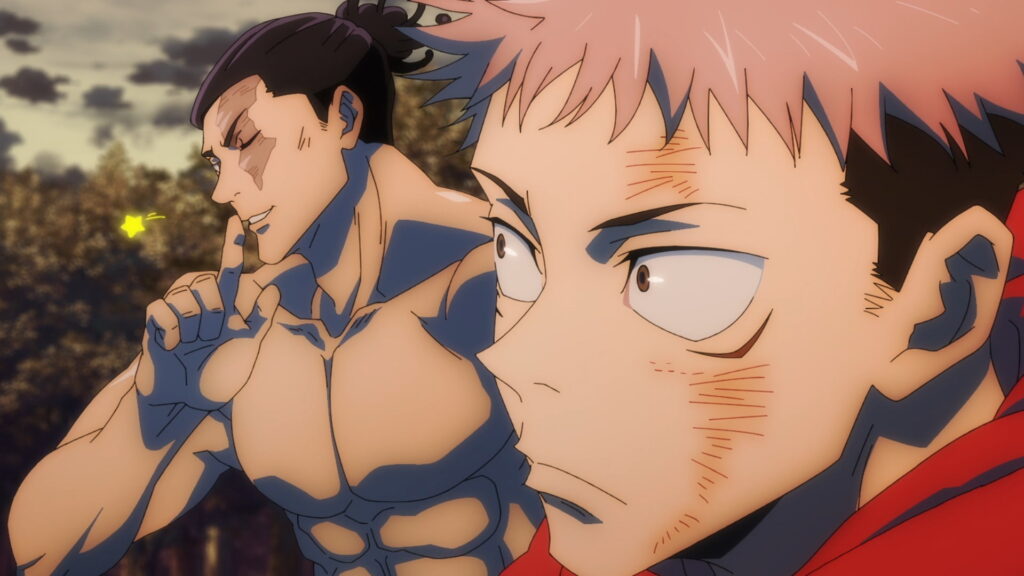 From the very first episode of the Jujutsu Kaisen anime, it was clear that the team over at Studio MAPPA cared deeply about the source material and were committed to bringing Gege Akutami’s original manga to life in the best way possible. This continued into the Mahito arc, and now, 24 episodes later, they’ve managed to achieve the impossible: create an adaptation that pushes the boundaries, remains consistent, and arguably even transcends the original.

It’s hard to put into words just how visually stunning the Jujutsu Kaisen anime is for anyone who hasn’t seen it, and even those who have sat through all 24 episodes may not have realized due to how consistent it is. There are no large dips in quality, ορ noticeably more polished segments like you often find in shonen adaptations: every single fight is handled well and given the same amount of love and attention.

In order to write this review, I just got done watching the Origin of Obedience arc (episodes 22 through 24), which I didn’t catch as it aired. Even the most well-managed of productions tend to experience a bit of a dip as they head towards the end: schedules stack up, the animators are tired, and corners are cut.

Not Jujutsu Kaisen. The final fight between Yuji, Nobara, and the two Death Paintings on the bridge alone is punctuated by a high level of fight animation and some excellent directorial decisions: the part where the screen cuts to black in time with the music honestly had my jaw on the floor.

The funny thing is that, even though I have read all of the manga (and some parts twice), I probably couldn’t have told you anything about the Origin of Obedience arc before watching these episodes: it’s hardly on the same level as something like the Shibuya Incident or the Cursed Child arc, so it passed out of my memory. Even so, something about seeing the arc in the Jujutsu Kaisen anime was enough to make me sit up and pay attention: I recognized its merits, irrespective of its importance to the story.

The Jujutsu Kaisen anime does what an adaptation should do: elevate the source material to an entirely new level thanks to the addition of animation, music, voice acting, etc. Unfortunately, far too many adaptations these days take an easy approach to manga: they simply copy and paste the panels, insert some head-bobbing, and call it a day.

Studio MAPPA’s work on the Jujutsu Kaisen anime stands as a shining example of what an adaptation can be. It’s almost prophetic that The Promised Neverland season 2 aired at the same time as the series’ second cour, because it provides a useful counterpoint: you don’t need to cut out large portions of the story to make it work. Simply trust in the process, and you’ll make a good go of it.

I’ve always had a bit of a weird relationship with Jujutsu Kaisen. When it first launched, I initially brushed it off, only to return later on when it had more of a following. Even then, I admitted that it probably wasn’t for me: not a cynical old fan, but the new generation. The way that the series continued to grow from there, however, forced me to continue reading and criticizing because of my professional obligations.

In this sense, the Jujutsu Kaisen anime is just the final step in me learning to love this series, because all of my little hang-ups matter not in the face of the biggest thing to emerge from the pages of Weekly Shonen Jump since, say, Demon Slayer: Kimetsu no Yaiba. That’s another series I’m reluctantly learning to love, by the way.

So, if Jujutsu Kaisen is going to stick around for a while yet, I’m here for it. If all of its adaptations are going to be as good as this first anime, then count me in for an adaptation of volume 0, a second season, and more. Studio MAPPA won’t disappoint.

You can watch Jujutsu Kaisen via Crunchyroll.