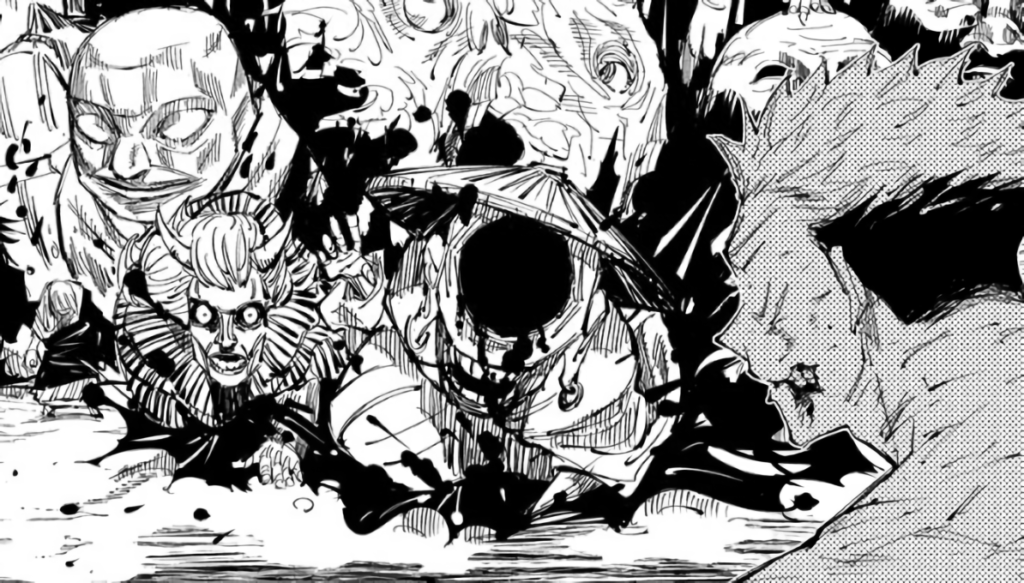 The beginning of a new week can only mean one thing: time for new Weekly Shonen Jump! This is where Jacob investigates the latest and greatest in the magazine, telling you what’s worth your time and what’s not. You can find coverage of other series under the tag Jump Time. Here’s Jujutsu Kaisen chapter 136.

It’s been a long time coming, but the Shibuya Incident arc is finally over. A full year after it began on 12 October 2019, Gege Akutami has brought to a close their most ambitious narrative story project yet, bringing together all the plot threads presented thus far and introducing a fair number of new ones. Attempting to summarize it all here would be impossible, so this is just an overview of Jujutsu Kaisen chapter 136; still, keep an eye out for a more general Shibuya Incident retrospective sometime soon.

For now, it is worth asking: how did Geto escape? And did he take the Prison Realm, where Gojo is imprisoned, with him? The answer to that second question is yes, although the answer to that first question will require a bit of explanation. 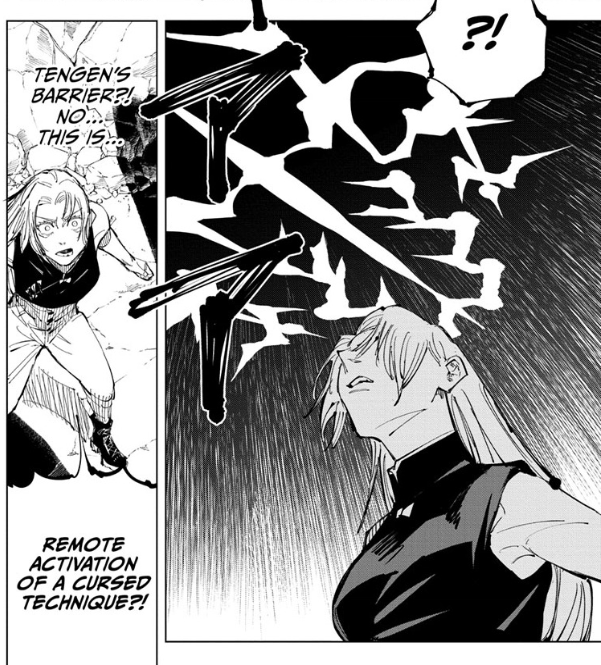 Jujutsu Kaisen chapter 136 reveals that Geto, already quite a fearsome opponent, has yet another trick up his sleeve: ‘remote activation of a Cursed Technique.’ This comes on top of his ability to absorb Cursed Spirits and their techniques through Uzumaki as revealed in chapter 134, and his ‘true’ identity as Noritoshi Kamo, as revealed in that same chapter. It’s a lot to take in, admittedly, but doesn’t exactly come out of nowhere: Muta already used a similar technique to command his puppet Mechamura, and Kamo was actually first mentioned all the way back in chapter 60, so adding remote activation to the equation isn’t really all that surprising.

In any case, the real point of this reveal is to explain the most important part of Jujutsu Kaisen chapter 136: the beginning of a second ‘Golden Age of Cursed Techniques.’ Again, this concept has been around since the very beginning, with Sukuna’s back story stating clearly that he was the ‘King of Curses’ during this era: Geto actually speaks to him directly here as he remotely breaks the seal on the people he apparently had ‘ingest cursed objects,’ thereby essentially releasing ‘a thousand malevolent Yuji Itadoris.’ This very clearly foreshadows a sea change in the series’ overall narrative, especially since Satoru Gojo (the so-called ‘Strongest Jujutsu Sorcerer’) isn’t around to defeat these powerful new enemies.

The importance of this development cannot be understated. Even if the explanation is quite dense and several new characters are introduced at once, it’s quite clear that what we are looking at here is the end of Jujutsu Kaisen ‘part one’ and the beginning of ‘part two’ proper. Yuji and co. will have to get much stronger if they wish to face up to these new enemies, which is a device used quite often in shonen storytelling: including one of Gege Akutami’s biggest influences, My Hero Academia, where many characters had to step up after the Kamino Incident. With this in mind, I hope that chapter 136 is the beginning of great things to come.

You can read Jujutsu Kaisen chapter 136 for free via VIZ Media.