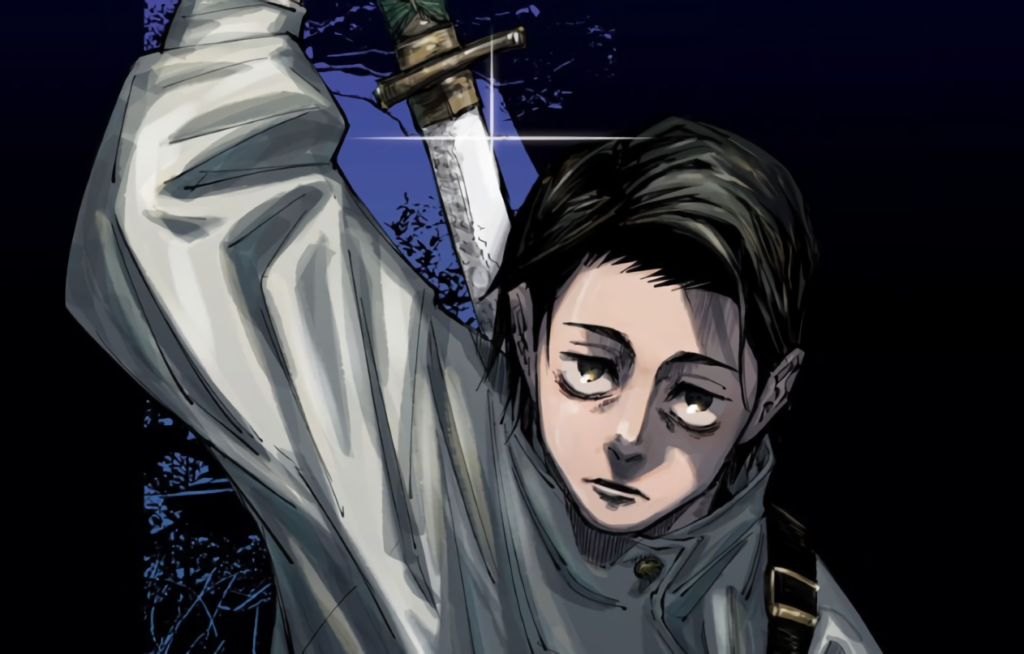 The beginning of a new week can only mean one thing: time for new Weekly Shonen Jump! This is where Jacob investigates the latest and greatest in the magazine, telling you what’s worth your time and what’s not. You can find coverage of other series under the tag Jump Time. Here’s Jujutsu Kaisen chapter 137.

After last week, I didn’t think that Jujutsu Kaisen could possibly pull together any more plot twists. How wrong I was.

Jujutsu Kaisen chapter 137 is so revelatory, so full of game-changing narrative bombshells, that it can actually be quite hard to work out where to even start. Here’s one possible route: the reintroduction of Yuuta Okkotsu, a character who has not yet made an appearance in the series, but has been alluded to since the beginning.

This is because Okkotsu is actually the protagonist of Tokyo Metropolitan Curse Technical School (Tokyo Toritsu Jujutsu Kodo Senmon Gakko), a prequel ‘prototype’ series that ran prior to Jujutsu Kaisen in Jump SQ. It actually contains quite a lot of important information on the series’ lore and timeline (such as the first introduction of Get) so it’s good that it has since been re-released as Jujutsu Kaisen ‘volume zero’ and translated by VIZ Media. It’s also in the Shonen Jump vault, by the way.

I imagine that Jujutsu Kaisen chapter 137 will, among other things, inspire even more people to go back and check out volume zero, if only to try to grasp what the hell is going on. Previously, Okkotsu was said to be ‘studying overseas’ and therefore wasn’t present for such events as the Goodwill Festival, but now he’s back, and he’s been given the job of executing Yuji Itadori, Sukuna’s vessel. 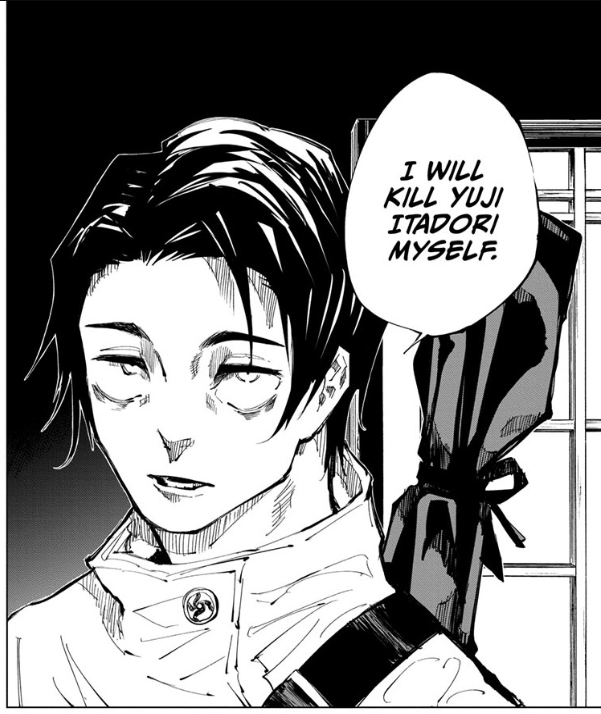 Wait, what? Itadori is being targeted again? Yeah. Jujutsu Kaisen chapter 137 explores the fallout of Geto’s remote curse activation at the end of last week’s chapter, opening with quite a daunting scene where Japan’s government debate what to do about the emergence of ‘not less than ten million’ Cursed Spirits. It’s honestly quite apocalyptic for something serialized in Weekly Shonen Jump.

Moving on, Okkotsu then reports to a shadowy council of jujutsu elders, where we found out a number of things: 1. Gojo has been sentenced to death, 2. He has been deemed an accomplice in the Shibuya Incident and will be permanently exiled from the jujutsu world, 3. Masamichi Yaga (Jujutsu High’s principle) will receive the death penalty for his involvement with Gojo, Geto, and the Shibuya Incident, and 4. Itadori is to be executed immediately. As mentioned, Okkotsu is in charge of this.

Although I said last week that Jujutsu Kaisen was in the midst of emerging out of ‘part one’ and into ‘part two’ of the story, even I couldn’t have predicted that chapter 137 would play out in the way it did. It is truly revelatory and changes everything.

That being said, it remains to be seen whether Jujutsu Kaisen chapter 137 is an actual continuation of the story from last week, or a slight jump ahead in time to wet our appetites for what’s to come. Either way, we won’t know until the evening of 14 February, as the series is set to go on hiatus next week. Gege Akutami sure picked one hell of a time to go on a break!

You can read Jujutsu Kaisen chapter 137 for free via VIZ Media.