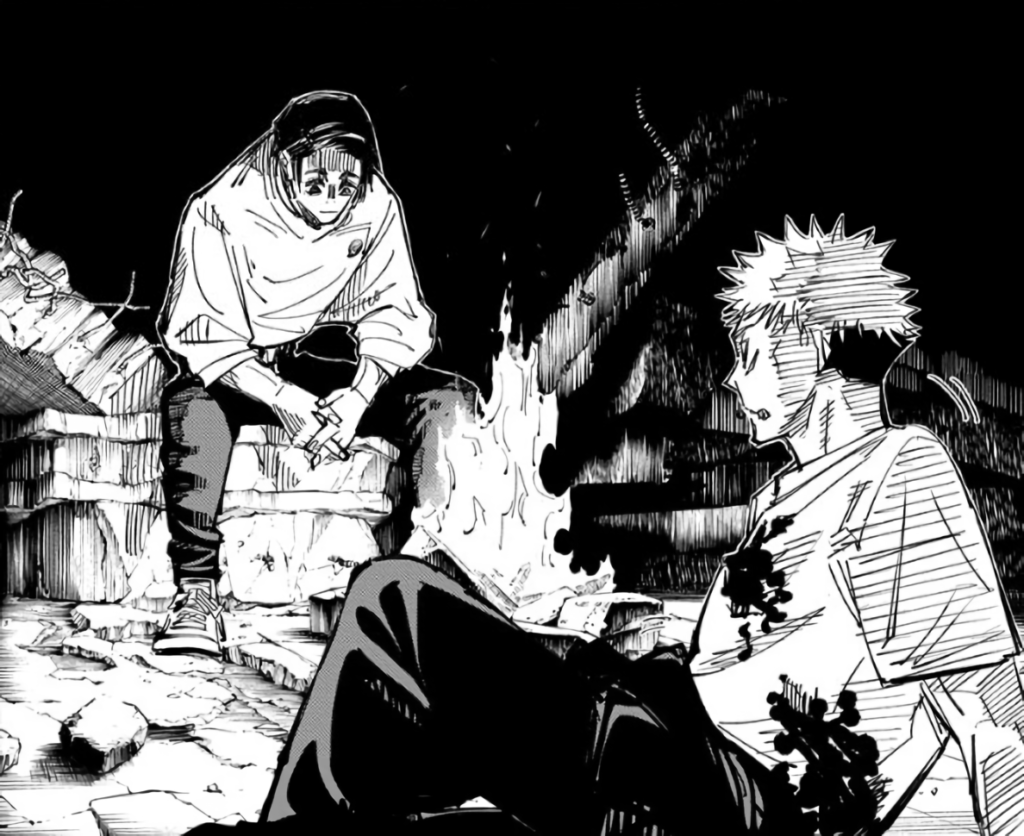 The beginning of a new week can only mean one thing: time for new Weekly Shonen Jump! This is where Jacob investigates the latest and greatest in the magazine, telling you what’s worth your time and what’s not. You can find coverage of other series under the tag Jump Time. Here’s Jujutsu Kaisen chapter 143.

If Jujutsu Kaisen could stop putting out chapters that completely change the fabric of the entire story every week, that’d be great. Although I’m still reeling from the reintroduction of Okkotsu (if you don’t know who he is, read volume 0), Jujutsu Kaisen chapter 143 is here to deliver some more earth-shattering revelations. And boy, are they exciting.

First, Okkotsu isn’t actually out to kill Yuji. That much was probably obvious from the start, but Jujutsu Kaisen chapter 143 reveals that Satoru Gojo had asked his student months ago to keep an eye out for Yuji. Stemming from this, Okkotsu took up the job of executioner to make sure no one actually killed him; nevertheless, he was forced to enter into a binding vow with the higher-ups, so he did actually need to ‘kill’ Yuji, lest he face repercussions. As a result, what he did was stab Yuji, but also heal him using his reverse cursed technique at the very same moment. Neat. 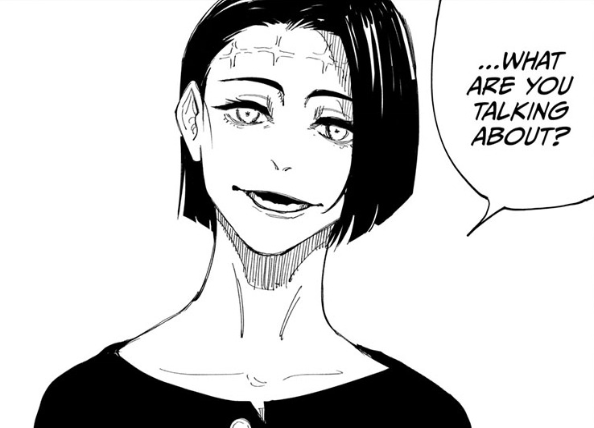 Second, Yuji’s mom may or may not have been a host for Noritoshi Kamo. Whaaaaaaaat?! There’s a short flashback while Yuji is unconscious that shows his parents for the first time, and his mom has a big scar on her forehead that looks just like fake Geto’s (also sometimes known as Getwo). Bear in mind that this is literally the only information we have to go on, but these two pages from Jujutsu Kaisen chapter 143 might have actually finally solved the mystery of Yuji’s parents, who they were, and why they’re not around anymore. It also lends credence to Choso’s claim that Yuji is his ‘brother.’ 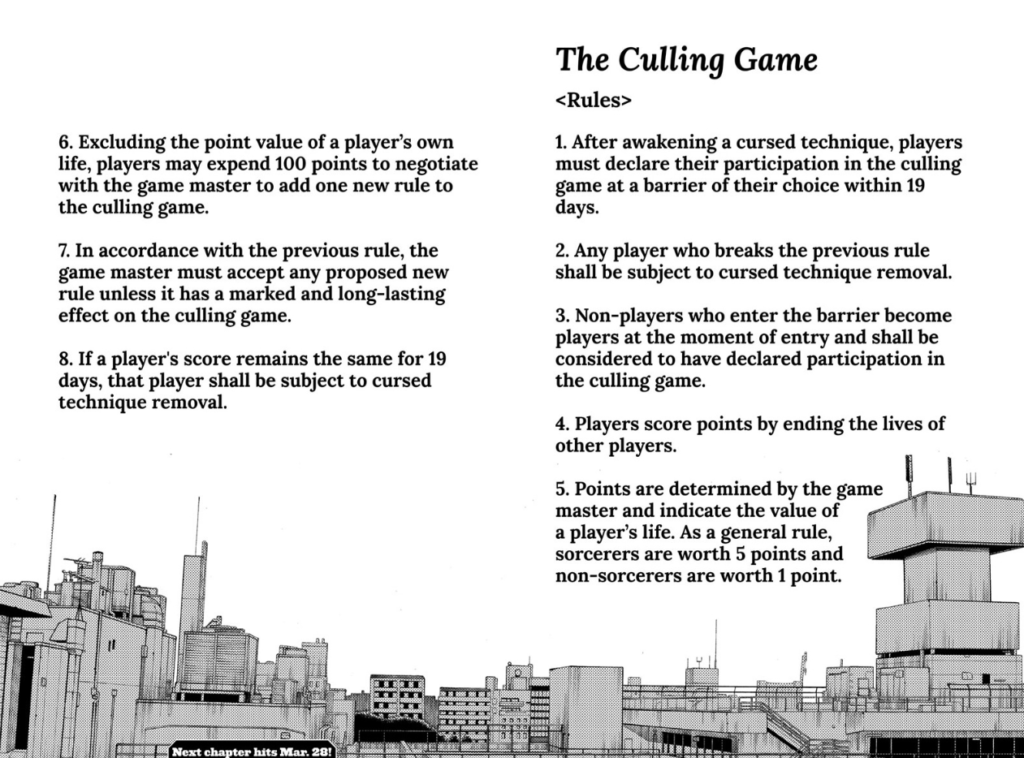 Right then, here’s the big one: Jujutsu Kaisen’s next arc is going to essentially be Greed Island. Why do I say this? Well, the Hunter x Hunter comparisons were always there (the Shibuya Incident functioned a lot like Chimera Ant, after all), but the full double-page spread of rules presented above definitely does remind me of the many rules that underpin Yoshihiro Togashi’s fictional Nen game. It’s also called ‘The Culling Game,’ which underscores the gaming connection.

What matters here is less the rules themselves, however, and more how ‘The Culling Game’ intertwines with the character motivations of Yuji and Megumi. Jujutsu Kaisen chapter 143 explains that Megumi’s stepsister Tsumiki has been drawn into Kamo’s sick tournament, and Megumi wants to protect her from harm. Yuji is also struggling at the minute with feelings of guilt, unsure if he even deserves to live given how many people Sukuna killed in his body. But Megumi says very clearly: ‘We’ve just got to save people. I believe that was the original principle behind your actions… So start by saving me, Yuji.’

With this, Jujutsu Kaisen has begun yet another new arc, and I’d be lying if I said that I wasn’t excited to see where this one goes.

You can read Jujutsu Kaisen chapter 143 for free via VIZ Media.