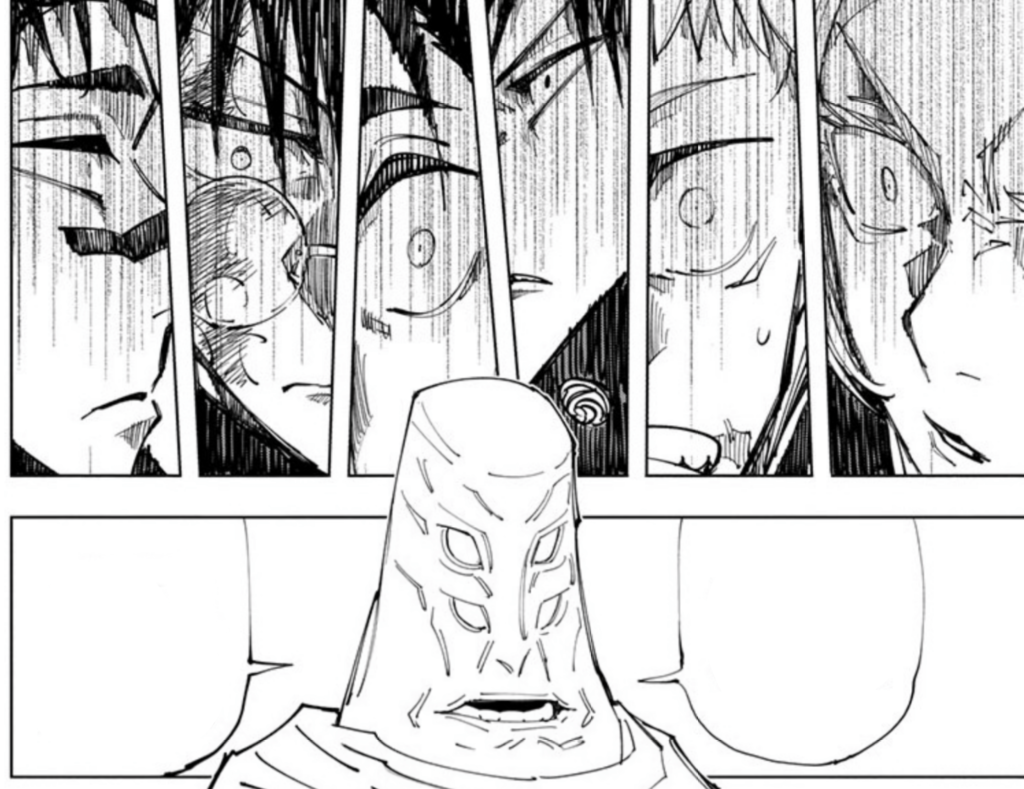 The beginning of a new week can only mean one thing: time for new Weekly Shonen Jump! This is where Jacob investigates the latest and greatest in the magazine, telling you what’s worth your time and what’s not. You can find coverage of other series under the tag Jump Time. Here’s Jujutsu Kaisen chapter 145.

Every so often, Jujutsu Kaisen likes to dedicate an entire chapter to exposition, setting up for future events to come: chapter 145 is the latest example of this next to number 143, published two weeks ago. This time, at least, we see our main characters come face to face with the mysterious Master Tengen: I’d be lying if I said that it was exactly engaging, but is worth covering if we want to understand the concepts and stakes underpinning the arc to come.

To start off with, Master Tengen finally gives us a proper way to refer to Geto-but-not-actually-Geto, previously called ‘Getwo’ by the fan community: Kenjaku, which was presumably the evil being’s original name before it became Noritoshi Kamo. Make sure you write that down, because we’ll be using it exclusively from now on!

In any case, the first important thing that Jujutsu Kaisen chapter 145 does is outline Kenjaku’s objectives in setting up the Culling Game and what he aims to gain from it. Essentially, it’s a ritual designed to merge him and Tengen together using a whole series of Binding Vows, thus starting the forced evolution of humanity using Cursed Energy: the result would be something akin to the Human Instrumentality Project, breaking down the ‘boundaries between individuals.’ That being said, it remains to be seen exactly why Kenjaku wants something like this. 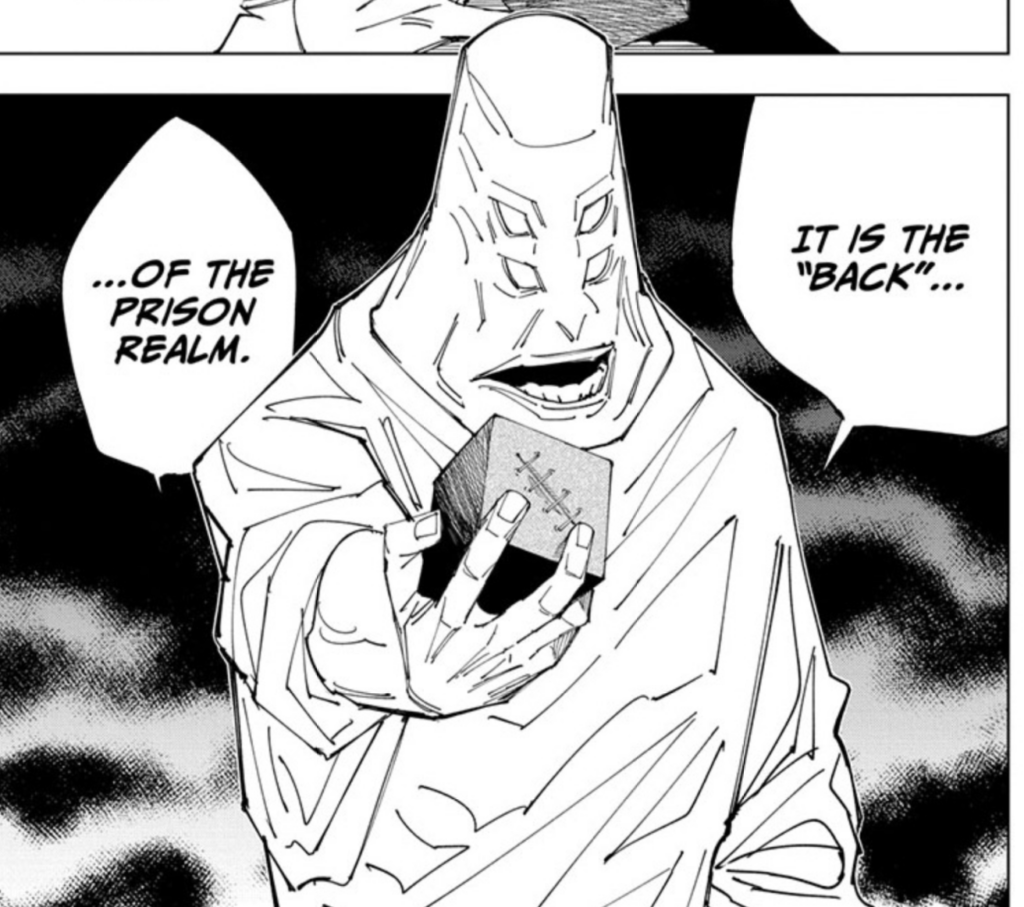 The second most important thing that Jujutsu Kaisen chapter 145 does is outline a way for our characters to free Satoru Gojo. The world’s most powerful jujutsu sorcerer been holed up in the Prison Realm ever since the Shibuya Incident, but Master Tengen says that there’s a way to break it open using the ‘rear gate’: the only problem is that the only two tools capable of doing so have been destroyed in recent years. This means that our characters will have to rely on Hana Kurusu, a Cursed Spirit participating in the Culling Game whose Cursed Technique is the ability to extinguish any Cursed Technique.

Once you get past the confusing terminology of ‘front’ and ‘back,’ it’s fairly simple: Satoru Gojo could be freed if our main characters manage to either coerce or convince this character to help them, which is exciting.

Moreover, Yuki and Choso are staying behind to act as Tengen’s guards, because the fallout from the Gojo’s Past arc meant that Tengen ended up evolving into a state that makes him vulnerable to Kenjaku’s Cursed Spirit Manipulation. This gives the flashback arc yet more narrative importance beside setting up for the Shibuya Incident, so make sure you’ve probably read it!

In general, Jujutsu Kaisen doesn’t handle exposition that well (there’s too much jargon and too much confusing terminology), but if chapter 145 is necessary for setting up for what is shaping up to be an interesting arc, then so be it. I hope that the Culling Game proper starts fairly soon.

You can read Jujutsu Kaisen chapter 145 for free via VIZ Media.